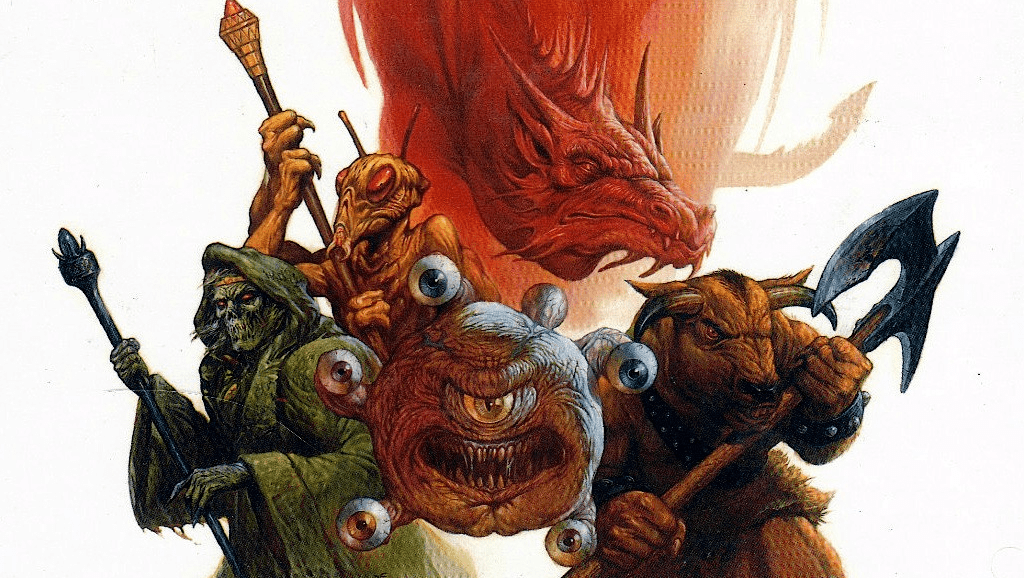 The D&D 5th edition monster manual has a ton of monsters to choose from, and they can be easily tweaked/adapted to different scenarios using the dungeon master’s guide. That is usually what I do. I take a strange creature, change a few things, add some crazy hair, and poof, the new Donald Groblesmaker Trump monster is born. As I have read during the creation of the D&D 5th edition monster manual, they went through all the previous editions and created a list of all the monsters, and then had to pick the ones to include in 5th edition, while others were not. I thought it would be cool to go through my old AD&D 2nd Monstrous Manual and bring some of those creatures to life for you to use in your campaign. So here goes…

The first monster that I picked is from Spelljammer: the Argos. Argos are sort of similar to Gibbering Mouthers in appearance, but then are really close to the abilities of a Beholder. The Argos are intelligent evil creatures, and aren’t suited for open combat, because they are typically hiding out and trapping creatures to feed their insatiable hunger. They don’t want to attack large groups of creatures, and instead choose to pick off one creature at a time from the shadows. Using multiple attacks and eye rays to weaken a creature they surprise, and then quickly swallow & digest them before they are discovered by others. Argos have been known to consume a ship’s crew in a manner of days. An argos will pick through it’s victims equipment keeping any useful tools or weapons. Non-magical items are typically ruined by acid in a few weeks, as the argos will store the items inside body cavities for later use. If it finds itself unable to eat for a long period of time, it will hibernate in a protective crystalline shell. Waiting dormant for up to a year until it senses food nearby.

An argos has a large central eye and then nearly a hundred smaller eyes and sharp-toothed mouths. The eyes of an argos are similar to a beholder and have a variety of special powers. An Argos can extended several pseudopods that have mouths on the end that act like arms and hands, to weld weapons and manipulate tools. They can slither, cling to ceilings and also fly. But they don’t like flying, and do it rather slowly. They are huge and can be as large as 10 feet in diameter. Its flesh is translucent and tends toward blue and purple. You would think the Argos would smell like a garbage heap, but an argos continually gives off a sweet smelling odor reminiscent of flowers. Space Creepy!

5 Things The Legend of Zelda Taught ...