5 Things The Legend of Zelda Taught Me About D&D 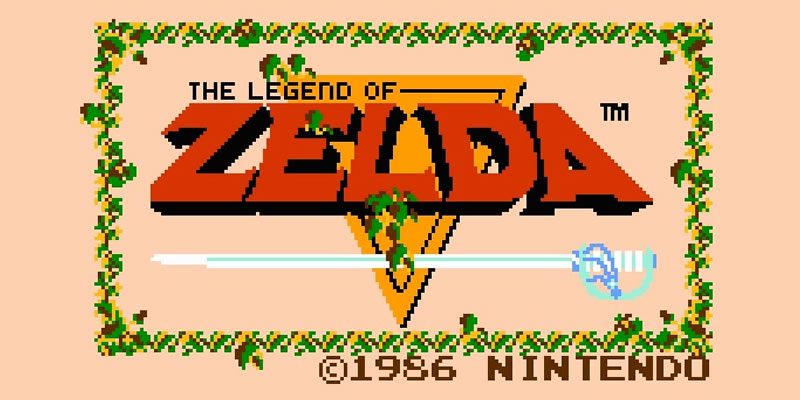 I can recall getting my hands on The Legend of Zelda for the Nintendo Entertainment System within a few months of its North American release in 1987. For the record, I was 8 years old. That shiny gold casing was like a beacon to many kids who had always dreamed of a home console game with a save feature and long-term game play. Now, it had arrived. The fact that it was also a fantasy-adventure game that delved into many of the aspects of D&D was just icing on the cake (and relatively irrelevant to me at the time as I would not discover roleplaying and D&D for another 7 years). However, in the years that have followed, I have revisited this benchmark in video game history many times and I am always struck by how much this game still resonates in my D&D games today.

While it wasn’t my first exposure to fantasy, I suppose that distinction goes to classic 1980’s cartoons like He-Man and the Masters of the Universe (1983), Disney’s Gummi Bears (1985), and The Smurfs (1981); The Legend of Zelda had a larger impact because it was a game that I could actually play and run an active character. Not to mention that while many of my friends at the time had mixed feelings on cartoons and televisions shows, almost everyone shared a love for TLOZ. It was one of the very first topics I can ever remember having a detailed conversation about with my friends, and quite possibly the very first non-violent argument.  And my love for the game was not an isolated incident as it sold over 2.2 million copies in 1988 in North America and would later go on to be one of the most beloved console games of all time. I don’t think it would be an exaggeration to say that this game started a love for fantasy for thousands of people.

However, in later years, the popularity of the original would fall off; especially after the new Zelda games would come out for the later systems of Super Nintendo, Nintendo 64, Game Cube, and Wii. But there is no denying that Zelda still has a huge place in my roleplaying heart. And, to give you a few examples of some of the fundamental lessons I took away from the classic, here are the top five things the original Legend of Zelda taught me about roleplaying and D&D. (In no particular order)

1) Sometimes what you need is in more than one dungeon.

One of the first things you learn when playing Zelda is that Link must find the eight pieces of the Triforce of Wisdom in eight different dungeons. Essentially, this means that 90% of the game is based upon a quest to reassemble a single magical item. This item will then grant Link access to the final dungeon and a shot at completing his ultimate goal of saving Zelda. This is a wonderful premise for a video game and it also works surprisingly well for D&D. I have, on multiple occasions, created an ancient magical item of great power for my campaigns which I then broke up into several pieces. These pieces are then distributed to various dungeons and/or caretakers for the players to discover and defeat. All of this may seem like campaign building 101, but I find it is a tried and true method that has very few flaws and can give the players a great sense of purpose.

Zelda was the very first game in my memory that rewarded you for treating NPCs well and punished you for treating them poorly. For example, there is a part in the game where attacking or damaging the “Old Man” character will lead to balls of magic coming out of the fire pits to defend him and kill you. There is also the part in the game where you can burn down a bush with the candle or blow a hole into a rock with the bombs and this causes the resident within to collect door damages from you. That’s right, pay up! You have no idea how hard and how long they worked on that secret door! Alternatively, treating the NPCs well allows you to collect items and some even give you clues on how to progress in the game. These situations in Zelda are easily convertible into D&D terms. I’ve had dozens of NPCs in my games that I never really planned to be helpful or harmful either way, but after the players were nice/nasty to them, I decided to reply in kind. Call it my version of roleplaying karma.

3) Sometimes the way forward is also the way back.

There are countless examples in Zelda where you must progress to a certain point in the dungeon, obtain an item or the map or the key, and then return almost to the very beginning of the dungeon to progress forward again. I can remember this being very frustrating as a young gamer but it was actually teaching me a hard lesson that is found quite often in roleplaying and fantasy: setbacks, backtracking, and returning to your roots is not always a bad thing. In fact, it quite often makes you stronger in the long run. In D&D, I have used this devise frequently and I can say from experience it works very well. Players get a sort of sadistic kick out of the fact that the idol they have been searching for the whole time was in fact sitting above the main entranceway as they came in or when the key that they need is at one end of the cave and the door for it is on the opposite end. Then there is also the old trick of the PCs meeting the main baddie very early on in the game when they don’t even know they’re the baddie. That one has always been one of my favorites.

4) Sometimes you need a specific item to kill the Baddie.

In Zelda, Link must obtain the silver arrows in order to vanquish Gannon completely. Despite the fact that you have collected legendary weapons and armor; uncovered lost items of great power like the magic boomerang, recorder, and rods; improved your heart meter to epic proportions; and collected the eight pieces of Triforce from eight different dungeons; you still need the bloody silver arrows. No silver arrows, no happy ending. (Insert random swear here.) But, as I would later learn, this kind of specific item to destroy a powerful evil is quite common in fantasy. In The Lord of the Rings, to defeat Sauron the one ring must be destroyed in a specific manner and in a specific place. In The Wheel of Time, Rand must bring the sword that is not a sword, Callandor, to the final battle and use it to trick Moridin. And in Harry Potter, Harry needs help from all three of the deathly hallows items in order to ultimately defeat Voldemort. Why would you not want to carry this tradition over into your roleplaying adventures? Who knows, you might even improve on the gimmick!

5) Sometimes the end of one quest leads to another.

Any fan of Zelda knows that the original game doesn’t have to stop the first time around. A more challenging and confusing “2nd quest” immediately becomes available to anyone that beats Gannon and seemingly frees Princess Zelda in the 1st quest. First off, let me say that, as a young gamer, this was maddening. But ultimately it uncovers a very real truth in roleplaying and in fantasy: the quest is never really over. The adventure and the characters can always go on and continue to change. In the mind of the storyteller, or the DM, there can always be room for more. On a few occasions, I have dug up old characters that were previously retired after long campaigns and brought them back to life to fight against a new threat. Looking at this idea another way, I have also brought back evil beings and dark forces that the characters thought they had previously destroyed with previous characters in different campaigns. The point here is about understanding one of the fundamental pillars of roleplaying: the story is alive as long as you keep it alive. Sappy but true.