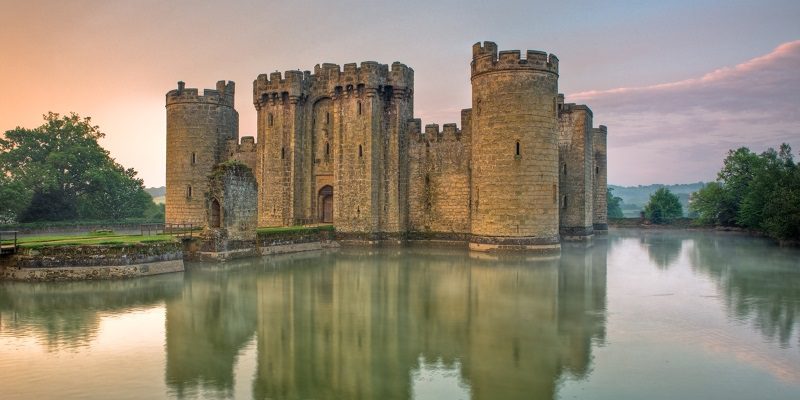 It’s been a few weeks since my last Domain Rulership article, so let’s get back to it. This week is the first of at least two articles on Advanced Dungeons and Dragons, Second Edition, because it had two unrelated systems. The first of these is in the Dungeon Master’s Guide, expanded in The Castle Guide and at least referenced lightly in The World Builder’s Guidebook; the second is the majestic Birthright.

This… won’t take long. We’re pretty much covering Chapter 12 of the DMG, and large portions of this short chapter are tables or lists of information. Not that I don’t appreciate the verisimilitude that a DM can harvest from these lists! There are a ton of professions on page 105 that I would never think to include in a medieval city, but if this page doesn’t give you ideas for a few flavorful encounters, I don’t know how to help you.

Much like the 1e DMG, there is a perplexingly lengthy rules block for sages and their specialties. To be fair, my experience of game-running, and especially of running Dust to Dust, is that the longer a game goes on, the more gameplay emphasizes answering abstruse questions, and players would love to answer some of those questions in a single encounter rather than a high-risk, low-treasure adventure. Dungeons that answer cosmic questions have a bad habit of being demigod-infested and cash-poor.

The first serious domain-management rules are soldiers. I mentioned historical interest and verisimilitude? It’s large and in charge (and ruthlessly Eurocentric) here; to my 12-year-old self, it planted seeds of just enough knowledge that I had context in later reading. There’s a monthly wage for each individual soldier type, and those numbers add up fast for a military of any size. As I’ve said in earlier articles, I really wish the writers hadn’t shrugged off the task of naming, describing, and pricing out fantasy troops, but it’s one of the elements of 2e that made it such a tabula rasa for 2e’s numerous and well-loved settings.

The chapter next goes into detail about the challenges of staffing up a large medieval military. I am not sure, but this might be the only edition of any game to emphasize how hard it is to find good help these days, all the way down to regional demographics of how useless everyone is. In all seriousness, this chapter feels like the designers believed that PCs were burgeoning supervillains – there is a lot of detail on how to hire spies and assassins. The text goes on to talk about how the intention to hire a spy leads to a series of… relatively samey encounters, culminating in a pool of applicants, one of whom is a double agent. Congratulations! You have made one player’s goal take up a whole evening of play. Please never do this unless all of the players are on board with that goal.

Armies receive monthly wages, while civilian contractors (the staff in your castle) have both weekly and monthly pay listed. The strange part is that some of the civilians have a monthly rate that is four times their weekly, while others have a monthly that is five times their weekly. I have no idea what goes on here. Anyway, their sample PC has a monthly outlay of 2,970 gold pieces, which doesn’t include food, equipment maintenance, or anything else. This is a useful baseline when comparing 2e to Expert and Companion.

It’s sort of a tossed-off line, because the text expects you to get most of that money from adventuring, but “a reasonable tax” is apparently 1 gp per person and 1 sp per head of livestock… no clue if that’s monthly, seasonally, or yearly. At least in this book, there’s also no suggestion of how to generate the number of individuals in a PC’s domain. I can’t help but feel like the designer was required to include rules for domain management, but wanted to make it sound as overwhelming and dry as possible so that PCs wouldn’t want to do it.

The verisimilitude-building continues with lists of royal and noble titles in many cultures (sorry, 2e is old enough that they are Oriental rather than Asian titles), and a list of titles, officers, and positions for towns and cities. It has all kinds of details that might send you scurrying to a dictionary – I had no idea that tronager was a supervisor of scales in a town’s port. I have also never needed to know that, of course. Or anything about the bureaucracy of municipal docks.

The last significant piece of rules is about NPC loyalty values. In the classic 2e style, lawful good gets the best bonuses, while chaotic evil has the worst penalties. I take a much more cynical view now than the designer did then. Machiavelli had some useful thoughts on this point too.

That’s it for the 2e DMG. The rules here are bare-bones and handle domain management only shallowly. They do have some interesting didactic applications – without these rules, I would never have known the customary armaments of a Lithuanian boyar (scale, medium lance, long sword, large shield). So there’s that.

So about that Eurocentrism – at least this book acknowledges its nature, presenting itself only as a high-level primer on the more game-friendly elements of Western European feudalism. In this way it is narrower in focus than even the very brief Chapter 12 of the DMG, but it does delve into courtly and ecclesiastical life.

The first domain-management set of rules – well, guidelines – cover taxation. It’s from a very peasant’s-eye-view, simulationist perspective. This makes it essentially useless for domain-management gameplay, unless the DM is comfortable estimating the income from each source. This book is not interested in making that easier – its perspective is more about ways to siphon money out of non-ruling PCs’ coffers.

The next rules block in the book deals with the construction price tag on a stronghold. Where Expert broke the castle down into each component structure, including amenities within those structures, The Castle Guide goes further, with time and cost multipliers for every element of construction: climate, geography, ground cover, resource availability, local social structure (nomads are hard to work with), worker skill, and worker morale. These range from .5 (a very beneficial condition) to 4 (extremely bad – pro tip, if you want to pay laborers to build your very own Fortress of Solitude, you are going to pay through the nose).

The list of modules you can add to your castle layout runs the gamut from a simple ditch fortification to an early-modern-era gatekeep. There’s a tech rating that goes with each option as well. I can imagine some interesting storylines coming out of rushing construction on low-end fortifications to buy time, so that you can gather resources to build greater defenses, or a generational campaign in which the players get to see the tech axiom rise – or fall, if you were to start right around the time Rome was going through its Goth phase. There are no other rules really salient to domain rulership or stronghold construction here, though there are some flavor suggestions on strongholds by class and race that are worth a read if you’re stuck.

On the whole, The Castle Guide adds complexity to the system set forth in Expert, for little if any gameplay benefit. The high-level primer on medieval society and suggestions of how to weave the fantastical into your medieval setting are solid. I’ll also be returning to this book in depth in the future, for a deep dive into the history of mass-combat rules in tabletop gaming, as it covers siege warfare in more detail than any other gaming book I’ve yet seen. I have my criticisms of the book, but it’s substantially more available than Expert, that’s for damn sure. (Says the guy who started in ’93 and therefore bought The Castle Guide from Oxford Comics while it was still current-ish.)

What we see in 2e so far is a system for the PCs building a castle or other home base, especially once they’ve reached 9th or 10th level and attracted followers. Rulership and any serious amount of acreage are still on the horizon. (Here “the horizon” is 1995.) I am so excited – but I owe a debt to the fey, and not wisely are they scorned. Next week: fey of the Elder Starlight. The week after that: Birthright!