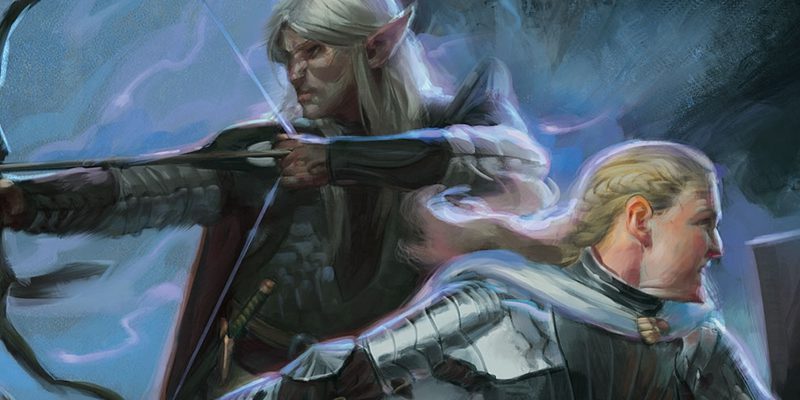 In this month’s Rules Answers from Jeremy Crawford we get rules answers on Great Weapon Fighting, Pact of the Blade, and spells such as Green-Flame Blade, Booming Blade and Moonbeam.

Here is the important stuff from the article…

If you use Great Weapon Fighting with a feature like Divine Smite or a spell like hex, do you get to reroll any 1 or 2 you roll for the extra damage?

The Great Weapon Fighting feature (fighters and paladins) is meant to benefit only the damage roll of the weapon used with the feature.

The main purpose of this limitation is to prevent the tedium of excessive rerolls. Many of the limits in the game are aimed at inhibiting slowdowns. Having no limit would also leave the door open for Great Weapon Fighting to grant more of a damage boost than we intended, although the potential for that is minimal compared to the likelihood that numerous rerolls would bog the game down.

If a warlock uses Pact of the Blade to bond with a magic weapon, does that weapon have to be a melee weapon, and can the warlock change the weapon’s form?

The warlock’s Pact of the Blade feature (PH, 107–8) lets you create a melee weapon out of nothing. Whenever you do so, you determine the weapon’s form, choosing from the melee weapon options in the Weapons table in the Player’s Handbook (p. 149).

The feature initially allows the conjuring forth of a melee weapon, yet we allow more versatility when it comes to magic weapons. We didn’t want a narrow focus in this feature to make a warlock unhappy when a variety of magic weapons appear in a campaign. Does this versatility extend outside the melee theme of the feature? It sure does, but we’re willing to occasionally bend a design concept if doing so is likely to increase a player’s happiness.

Can you use green-flame blade and booming blade with Extra Attack, opportunity attacks, Sneak Attack, and other weapon attack options?

Does moonbeam deal damage when you cast it? What about when its effect moves onto a creature?

The answer to both questions is no. Here’s some elaboration on that answer.

Here are some spells with the same timing as moonbeam for their areas of effect:

Entering such an area of effect needn’t be voluntary, unless a spell says otherwise. You can, therefore, hurl a creature into the area with a spell like thunderwave. We consider that clever play, not an imbalance, so hurl away! Keep in mind, however, that a creature is subjected to such an area of effect only the first time it enters the area on a turn. You can’t move a creature in and out of it to damage it over and over again on the same turn.

Let us know what you think of the rulings below in the comments.