The Legend of Zelda Franchise and the D&D Roadmap 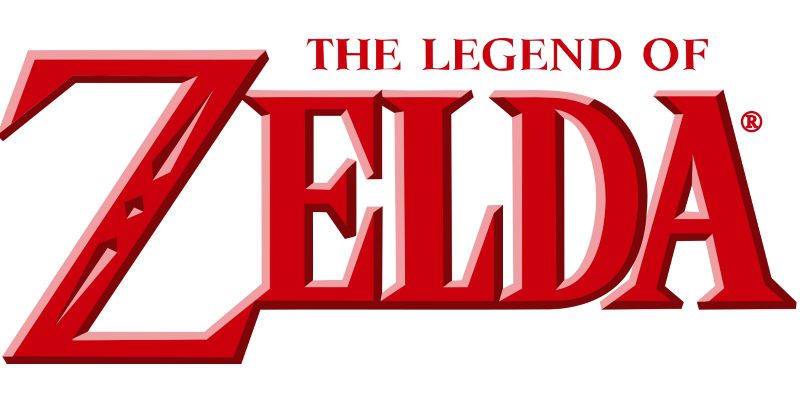 In the spirit of journalistic, or at least hack-authorial, integrity, this article was written with a large amount of medically-prescribed opiates in my system. I had an osteotomy on my left shoulder done last week. As a life hack, I’d recommend not doing anything that brings you to a place where you need an osteotomy. Still, if a one-armed man can ruin Dr. Richard Kimble’s life, surely I can write a weekly column.

The late 80’s were an interesting time in video game history. Dragon Slayer was released by Falcom in 1984, and is widely considered the first action RPG. It was revolutionary at the time, allowing the player to dictate input into combat. It provided an in-game map, inventory management, and item-based puzzle solution. It was a huge influence on The Legend of Zelda, as you may surmise. One of the biggest things the Dragon Slayer franchise did was completely rework its system for every game it released. The 1985 follow-up, Xanadu, was a very different game, as was the 1987 sequel Faxanadu, released by Hudson Soft.

In the long, long ago

1987 was a very important year for game sequels, as it saw the release of Zelda II: The Adventure of Link and Castlevania II: Simon’s Quest, also known as the totally rad Dracula II: The Seal of the Curse. Each game diverged quite meaningfully from their previous game and ended up as a side-scrolling action RPG, with variants. The Adventures of Link was not nearly as beloved by the critics as the 1986 break-out original, and is generally considered the nadir of the Nintendo-specific franchise. Simon’s Quest is the base from which the greatest Castlevania games sprung, even if Simon’s Quest had horrible translations, is not as good as the original, and basically required a walkthrough at points. That all said, neither game was near the masterwork of Faxanadu. However, you don’t really hear about Dragon Slayer as a franchise outside of Japan any longer, while just about everyone knows about The Legend of Zelda or Castlevania.

This is because each of these franchises that saw less success in 1987 rebounded with games considered all-time greats. In many ways, the path of The Legend of Zelda parallels that of Dungeons and Dragons. Dragon Slayer and Xanadu can easily be seen as the early editions of The Legend of Zelda, given their extremely heavy influence on the gameplay, system and story. Both Dragon Slayer and Xanadu were successful, but at that time video games were just for nerds, and had limited cultural appeal. The games inspired an entire industry, but the wider audience has really only discovered them over time, largely thanks to the internet.

Through casual conversation, I have learned that many people around my age – early 30’s – have a similar story to tell. They are young enough to know about, and probably own, a good bit of AD&D 2nd Edition content, but they only got to play a limited amount. It wasn’t until Dungeons and Dragons 3rd Edition that most people I know really racked up their D&D experiences. Just about everyone I know who plays tabletop games played and ran multiple 3e games. To be fair, this mostly refers to people around my age and up to a decade older. I am in no way denigrating those who owned a console before the NES – I had an Atari 2600 – or played OD&D. Being a pioneer is awesome, but it generally means you are an edge user and the market grows from there. Many of those I know used settings and materials from AD&D 2e, but the rules were fairly exclusively 3e. The same is true for most video games. While many people played arcade games, it wasn’t until the release of the Nintendo Entertainment System that video game perception began to change.

While Super Mario Bros. was a runaway success, The Legend of Zelda was the more successful crossover entry. I vividly remember my mother sending me outside so she could call my best friend’s mother on the phone, and both of them could talk while facing the challenges of the game. That’s right, back in the mid-to-late 80’s, my mom was playing games with voice chat. People that did not consider themselves video gamers still took the time to experience The Legend of Zelda. It was also part of the strange marketing of the time period, and Link and Zelda popped up in solo cartoons, crossover cartoons, and a wide variety of merchandise.

In many ways, then, The Legend of Zelda holds a similar place in video game history as Dungeons and Dragons 3rd Edition does in tabletop history. 3rd Edition saw the implementation of the d20 system, allowing, in theory, for easier resolution and quicker gameplay. The lowered barrier to entry enticed many to try out the game for the first time, and generated renewed interest in others. Coupled with this was a full-on marketing push, allowing a much wider audience to see the books than ever before. While I am not saying 3rd Edition is the best edition of D&D, I feel I am not going out on a limb to say it was the most played edition.

Both Zelda and Dungeons and Dragons stumbled with their follow-up efforts. As mentioned previously, Zelda II: The Adventure of Link is the lowest-rated game from the Nintendo franchise. However, what a lot of people might not know is the sweeping impact this game had on the franchise. It featured not only the first appearance of Dark Link, but it was the first to treat NPCs as real people. In true RPG fashion, you had to do side quests for people to receive rewards in the form of items or spells. It also features some strange continuity with Ocarina of Time, where the sages of that game take their names from The Adventures of Link. It is also the only game to feature a way to improve Link’s physical prowess without acquiring a new sword or shield, and provided alternative paths to increasing health and magic pool totals.

Part of the dissonance comes from the story itself. As a teenager, Link finds he has strange mark on his hand and seeks out Impa, an elder. Impa takes Link to the North Temple, where a door has been sealed for generations. The door opens, revealing a magically sleeping woman. Impa reveals this is Zelda. Not Zelda from the first game, but Zelda as the origin of the Legend of Zelda, which exists within the game world. Zelda’s brother, probably named Francis, wanted her to reveal the secret hiding spot of the final triforce, hidden after their father’s death, but she wouldn’t do it. The prince’s wizard friend, who was hanging out I guess, gets angry and unleashes a spell on Zelda, causing her to eternally slumber, and the wizard to die. In shame, the prince decreed all princesses should be named Zelda. Sure.

Impa hands Link a chest with gems in it, but only a future king of Hyrule can read the scroll in the chest. Of course, Link can read it. He has to restore the crystals to wake Zelda, but Ganon’s followers want to take Link’s blood and sprinkle it on Ganon’s ashes in order to resurrect the Dark Prince.

Pretty wacky stuff. So wacky as to be off-putting to consumers and designers alike. It falls in the realm of “let us never mention this again.” It’s a shame, as it is pretty rad.

The Legend of 4e

Dungeons and Dragons 4e opted for this same sort of approach. The cosmology of the previous editions went out the window and got simplified down to six planes, with three of those being the prime world and near-world echoes. It attempts to roll all of the old cosmology under these greater umbrellas, but, of course, a lot gets lost in the conversion. Alas, Ethereal Plane, I hardly knew ye.

Another point of similarity is a shift in core gameplay. Much like Zelda II, 4e saw a shift to greater self-reliance across the board. Characters started off tougher than their earlier edition counterparts, and the healing surge system was governed by the individual player, though enhanced and directed by the leader classes. Classes were more overtly magical and bombastic, and the world lore went at length to support that idea. Regular folk lack the adventuring spirit necessary for resurrection, and minions – one hit point creatures – were a fact of life.

The system of at-will, encounter, daily, and utility powers meant there had to be a supporting system for all the spells that would otherwise never see play. Thus, rituals were born. The game was drastically different than the previous edition, and it was coupled with some damned aggressive marketing. There is a critique I hear about the shortened life cycle, but you’re really looking at 7 years, including 3.5, between editions, and 11 years between 2e and 3e. While there is a lot I like about 4e (fight me), I feel comfortable saying this was the least successful edition of D&D.

Both franchises fixed their issues by taking a step back. From both a camera and a mechanics perspective, A Link to the Past cleaved more closely to the original title. Dungeons and Dragons 5th Edition has taken a similar path. The game is very reminiscent of earlier editions, taking what it can from not only 3.5e and 3e, but earlier editions, as well. Similar to A Link to the Past, which really only kept some additional permanent items and a magic meter from Zelda II, D&D 5e has done everything it can to divorce itself from 4e, even forgoing some of the actual improvements just to give themselves more space. Alas, my kingdom for the bloodied condition.

Looking at the Zelda franchise gives a fairly positive outlook for D&D, going forward. While it doesn’t have the visual ease of graphics or perspective change, there is an encouraging building-block approach to the later Zelda games. Each installment distills the core themes of the franchise and carries it forward in new ways. D&D 5e does similar things, and it is definitely working to the edition’s advantage. The lifecycle of a tabletop game is necessarily longer, of course, but that doesn’t mean Wizards of the Coast can’t look at other franchises who have pulled similar course corrections and learn a thing or two about lifecycle management.