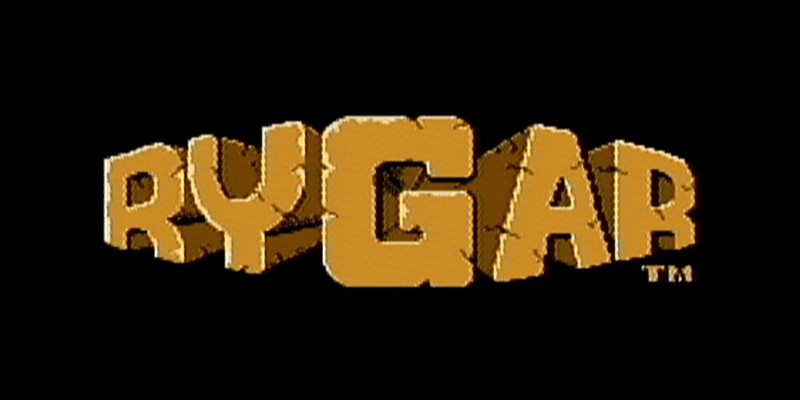 I absolutely adore metroidvania style games. I love the exploration, adventure, and the feeling of familiar content giving way to new content because of my personal advancement. I don’t even know how many hours I spent on the Metroid and Castlevania games. It’s a lot. The genre has seen a resurgence in recent years, with some pretty phenomenal titles being released. Both Guacamelee! and Salt and Sanctuary are worthy of their own full-length articles. Weirdly, the game I think of the most, when I look back to the NES I passed down to my nephews, is Rygar.

Rygar was one of the games I loved the most, but it was also one of the hardest games I ever played. It was a game without a battery to save your progress, or a password system. The only way to beat the game was to play it all the way through. I don’t even know how many times I tried to play the game to the end, and had the NES turned off because someone was messing with the television. Every time it was like a dagger to the heart. Alas, legendary warrior, you shall be mourned as you are returned to the grave because my mom wanted to watch the evening news. I know you were trying to free the world from an oppressive dominion, but the three-day forecast is really important.

Rygar was released in 1987, the year of the action RPG, and didn’t get any sequels or follow-ups until the PS2 release of Rygar: The Legendary Adventurer. The two games are extremely different, and while the 2002 release was great, it was also a completely different tale from the original. The original game had a mix of the technological and the fantastic, a post-apocalyptic world following the fall of previous societies. The PS2 sequel was set in fantasy ancient Greece and tells the tale of gods and titans. It takes extreme liberties with the names and properties, but that’s the basic idea. I have no problem with the game being very different, as the lore states the original is a dead warrior returning to save the world. This game could easily be a backstory, or take place in the intervening years. Unfortunately,  it was never followed with another game, and God of War firmly supplanted it in the realm of action RPG set in fantasy ancient Greece. 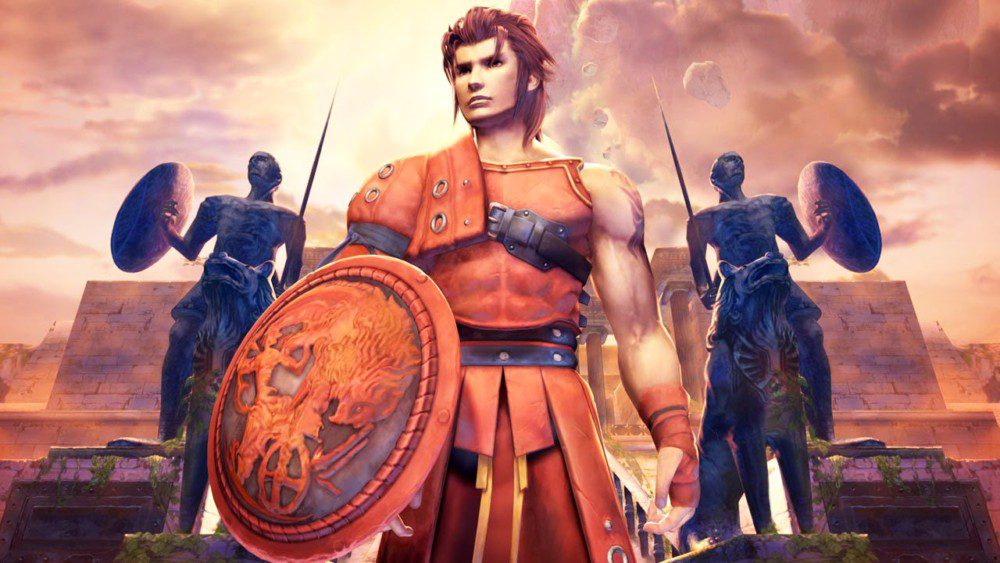 While there were some early translation issues – Ligar and Rygar were the same person and the bad guy in the Japanese version – the game was truly a fantasy/post-apocalypse mash-up. As a side note, Elder Fallout: New Skyrim Vegas would probably make buckets of cash. The protagonist is an ancient hero brought back from the dead to stop the evil dominion now enveloping the land of Argus. Your main weapon is the diskarmor, a spiked shield you throw like a yo-yo, and you get spells that modify your character, like increased damage and a heal. You square off against mutated fantasy monsters, obvious robots, and robot-monster hybrids. Say what you want, but a half-demon, half-tank hybrid that crawls around walls like a spider is rad as hell.

Over the course of the game, you had to visit the five gods of Indora to receive their blessings and obtain items from them, allowing you to enter the wind palace and confront the ruler of the dominion. You pick up grappling hooks, wind-powered pulleys, rope-firing crossbows, divine authority, and magical armor. It’s definitely different stuff, outside of the magical armor. You don’t really level up through the game, but you increase your stats as you gain experience and adventure.

I feel more than ever like 5e can provide an easy variety of settings, and encourages this sort of design. Rygar does a good job of showing a strong sense of technological ruins, while still maintaining a definitive fantasy feel for the player. Dark Sun is probably the closest WotC setting to the world of Argus, but it’s still pretty different. Dark Sun has always been a setting of magical and psionic apocalypse, and has not focused on technology to any degree. Argus could be a setting in the far future of Dark Sun, or it could be something else entirely standalone. In fact, based entirely on the sparse nature of the game information available in the NES version, there is probably enough to get something going.

The game provides nine semi-far flung locations, but it could easily comprise one of the self-contained settings of the old days. You have the Gran Mountains, filled with demon turtles, called pragokelis, and rolling land lobsters with skull faces, called rolphers, leading into the land of Garloz or the deadly Tower of Garba. Garloz is host to one of the five Indoran gods, and serves as the staging area for several of the other areas in the game. Garloz is home to the demon-skull-faced spiked turtles, and evil tree people, in terms of threats. Garloz is also an area where you find allies, and can pick up consumable items and healing. It would be a great initial starting area for a campaign, and you could easily expand it with towns and villages.

From Garloz, you can travel to the Valley of Rolsa, in the shadow of the Wind Palace, which leads to the Eruga Forest. This is where Ligar, the Jade Lion Man and Dominator, resides. You could travel to Doroga’s Palace, ruled over by Doroga, some sort of demon-dragon man. If you are the hiking type, you could instead check out Mt. Primevil, where the elaborate underground cave of Saliga awaits you. Saliga is a skull-faced spider crab, of course. You could head out to the desert of Ragua Sando, where the floating isles of Lapis await.

These areas are filled with evil trilobites, armor-plated demon caterpillars, bat goblins, bat-shrimp unicorn people, mossy stone people, mushroom-penis dragons, flying water lizards, snail centaurs, demon tanks, and giant robots. The major villains would be the bosses of the zones, like the aforementioned Doroga, Saliga, and Dominion-Lord Ligar. In addition to them, you’d have such villains as Eruga, the two-headed turtle man that lives high in the trees, and Belzar the demon worm, and Deathpigor, the two-headed skull-dragon demon man.

This is definitely a world full of mutants and terror, but one that still leans pretty heavily on fantasy tropes and adventure. This isn’t a near-future apocalyptic setting, but rather a far-future post-apocalyptic heavy-metal setting. I mean, this is pretty gonzo stuff, but having a setting where the five gods have been imprisoned by a god-king, and people are trying to survive the horrors of the current age is the stuff of great adventure.

So what about the races and classes? The game’s conceit is that you are a hero returned from the dead. You could probably all play revenants with the sole goal of reaping vengeance upon the Dominator. If you want to fit in D&D classes, clerics draw power from the five gods of Indora, warlocks make pacts with the dominion lords of the past, bards learn the songs and secrets of the past ages, fighters are about using gems in weaponry, rogues use weird gadgets, and sorcerers could even have a dominion lord origin. There are lots of possibilities here, is what I am saying. 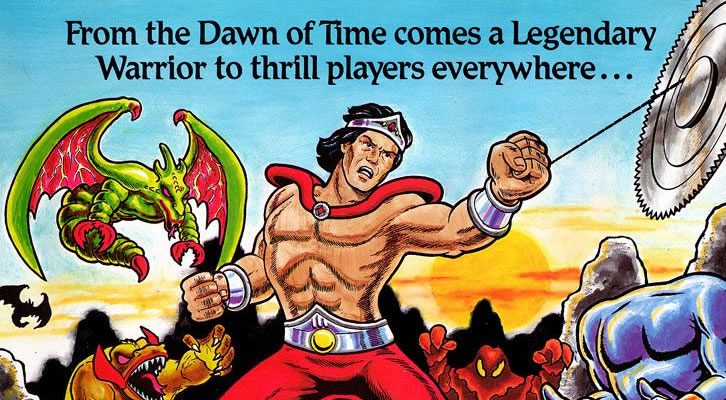 It also introduces some new weapons, like the diskarmor. The diskarmor would be a variant whip with higher damage; like the whip, it would be a martial finesse weapon. You could even attach a feat to it, extending to whips and fails. Offering a wider variety of weapon feats is something that the game could benefit from, anyway.

The biggest hurdle is accepting such a gonzo setting. However, if people can accept spell-powered space barges with colonial hippo people, or hyper-intelligent squirrel people gaining oracular powers from drinking water that accumulates from the world tree, I don’t see why something bizarre like this couldn’t find a home.

In a way, it’s similar to Adventure Time, but less wacky and a bit more serious. I’m not saying it’s the stuff of grimdark by any means, but it’s not exactly a magical dog marrying a rainbow unicorn, or rainicorn, and protecting the people of a candy kingdom. Not that there is anything wrong with that. Adventure Time tells me there is a market for things like this, and a large one at that. In fact, this sort of setting is ideal for attracting younger players to the game. This is exactly the sort of thing I would have enjoyed in my early teen years, if my friends weren’t trying to recreate the D&D novels they read, which is also pretty common.

There is a lot to be said for providing a variety of settings, something D&D has generally been very good at. I know I’ve said it before, but supporting a wide variety of gameplay is critical to the continuation of the hobby. Right now, there is a lot of great setting work available, but there hasn’t been anything totally radical since 2e. I hope to see people taking some chances, even if it is not as ridiculous as something like this. Just for fun, I’ve included the pragokelis and the rolpher as 5e creatures. 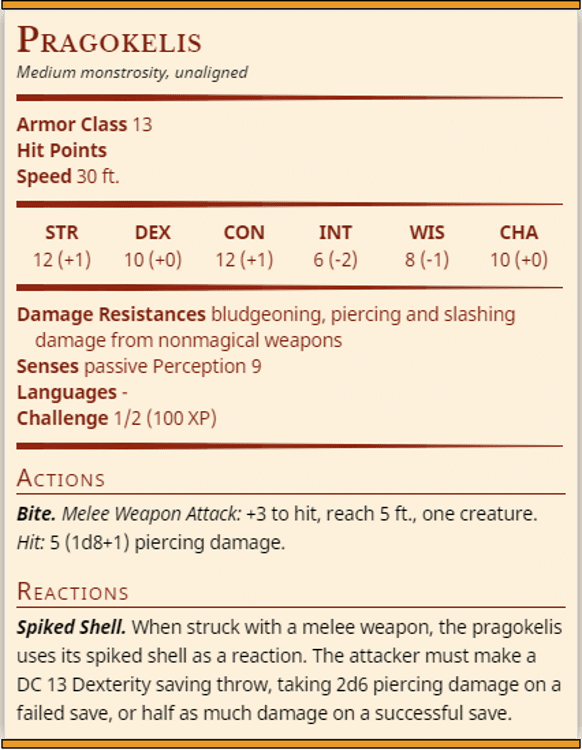 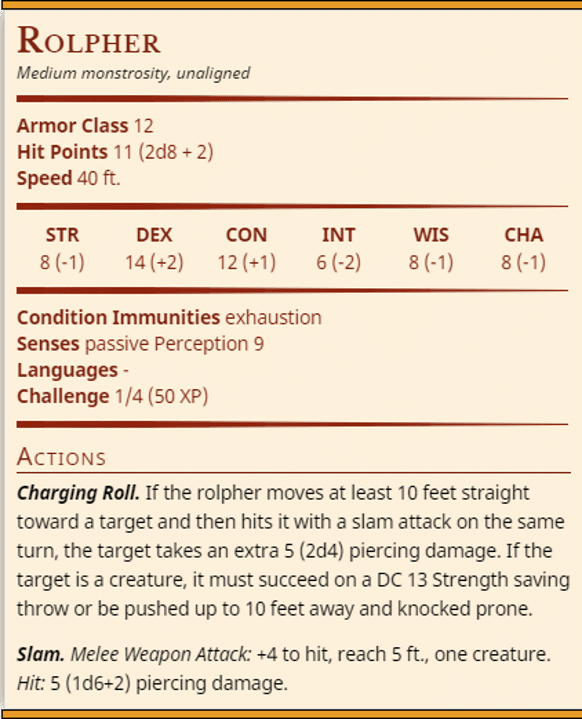 Is Storm King’s Thunder the Next D&D ...