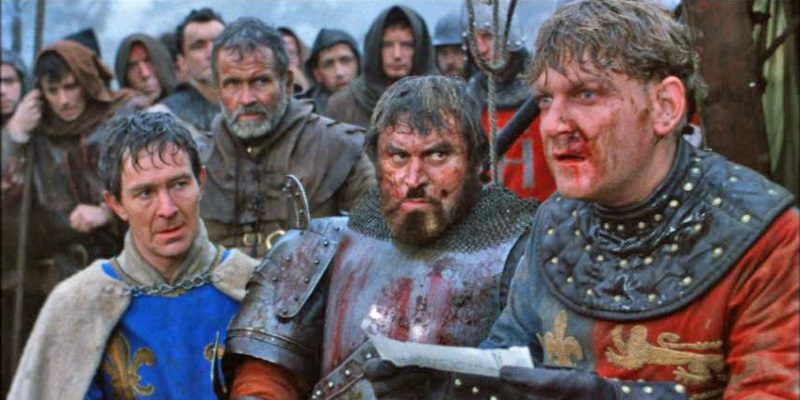 Last time in the Domain Management series, we discussed my personal high-water mark for domain-level rules, known in the tongues of gods and men as the Birthright Campaign Setting. We continue therefore to Third Edition. The Dungeon Master’s Guide has nothing on this topic, signaling the total difference in the game’s assumptions about what characters do with their money at mid-to-high levels. The Stronghold Builder’s Guidebook fills in with domain rules, and I’ll get to that in a bit.

In 3.x and 4e, the game builds a lot of assumptions on the idea that you earn money so you can buy better magic items so you can earn more money and buy better magic items. On one hand, this feels really satisfying to the player who wants to watch the numbers get bigger, and there’s nothing wrong with this style of game. I’m guessing that there is not a single person reading this who doesn’t already know this in detail. (Seriously, if this is news to you, do me a favor and comment because I want to hear your experience-to-date with D&D, if any.) On the other, it turns any magic item that isn’t exactly what you want in each slot into a waste or a less-liquid form of wealth, and it leaches most of the sense of mystery out of magic items.

Especially in hindsight, it’s clear that 2e and earlier editions needed the concept of stronghold-building and domain management to give you interesting places to dump huge amounts of money, and thus reasons to keep winning vast fortunes. It’s possible to play D&D without money as a motivator, but it’s not the default. The problem, then, with even adding the Stronghold Builder’s Guidebook to 3.x is that the game is rigorously balanced on the assumption that you’re not “wasting” your money on things that don’t improve your personal potency.

This guide, released for 3.0, is nothing if not comprehensive. Much like The Castle Guide, it presents a ton of little modifiers to your final cost, based on all sorts of different factors. It does do a lot more with pure fantasy elements than any comparable earlier work, and I appreciate that a lot. Really, that’s one of the other hallmarks of 3.x that gets overlooked a lot – it internalizes its fantastical elements and makes them part of the assumed reality, instead of overlaying them as strangeness on a relatively nonmagical world. (Several settings do this, but 3.x is the first edition where it’s folded into the setting-agnostic parts.)

I like that this book understands that in any group of players, probably at least one person really enjoys drawing the map of your team’s HQ. Possibly someone with AutoCAD access, because even when this was published in 2002, we already lived in the future. I mean, it’s the misty reaches of the past now, but back then the present was the future. If this is making you tense, just remember that we’re all imperfect.

The level of detail available in this book says everything about its intended audience: players and DMs who want to define, envision, and bankroll every square foot of as large of a stronghold as possible. Almost every conceivable amenity has a Basic and a Fancy level, and some have a further Luxury level. It’s just about to the point that I expect the book to let you pay more for an Uber-Double Platinum Elite Members Only-level dining hall, library, or trophy room. Facilities also require staff, and that’s conveniently listed. I don’t know about you, but in reading this I am suddenly imagining Downton Abbey: D&D Edition.

One cool thing about this chapter is that, as long as you can handle flipping Knowledge (Arcana) +7 to Arcana +uh let’s say 5, this book works as well or better for 5e than it does in 3.x. (Better, that is, because 5e explicitly doesn’t share 3.x’s high-level economic assumptions, and thus supports stronghold play more.) Also be ready to reinterpret circumstance bonus into either advantage on or +1d4 to (thing). It’s not hard, but it comes up often.

Oh, hey, there’s also a Quickplay Mode, where they package a bunch of things you’re likely to want for specific styles of stronghold. Good inclusion there, because this is about to get serious.

The mind-boggling thing about this is that they also price construction for distance belowground. With this book you could price out Undermountain and get a pretty good ballpark guess of Halaster’s net worth. (The modifier for extreme proximity to a metropolis clearly applies! Though I’d have to do some Realmslore research to see if it applied at the time of construction.) I’m not doing that, of course, that’s completely insane. Maybe someday when I’m really hard up for an article topic.

The corollary to that level of detail is that a DM can flip the script of this book and use it as a book of strange and dirty tricks to use in dungeon construction. There’s thoughtful analysis here on all the ways to get useful mileage out of permanent dancing lights and everything else. There are ways of turning a spell effect into a wondrous architecture that might not occur to someone of sound mind, so the poor lost souls who wrote this book have done it for you.

There are seventeen flavors of wall, from glass to obdurium, because obviously adamantine is so last season. I feel like I have taken a jaunt into the Marvel Universe (Earth 616, or maybe 1610), in which shadowy government agencies have budgets that would make even Monty Haul DMs in late-late-epic-level play blush. But I digress. There are twenty-eight flavors of wall modification, because anything that is useful can be enchanted to be more useful. Not gonna lie, this might surpass my personal level of investment in a wall.

I love the bit on mobile strongholds, but then anything that would give me my own personal Castle Black is going to be popular with me. There are a lot of different ways to be mobile here, and I appreciate that, too.

Finally we get to the monthly maintenance, and… the book literally (and, to me, shockingly) suggests that you assume the stronghold’s income balances its costs, and you should ignore the whole question. For a book that has gone into excruciating detail on everything else, this is a bizarre time to choose simplicity! But this is the point at which the design pivots back to its 3.x foundation: the text spells out that you shouldn’t put so much time into your stronghold that it stops you from going on adventures. The contrast between this and the Companion and 2e assumptions couldn’t be more striking. The earlier works push the idea that once you have a stronghold or a dominion, it is the centerpiece of your life and affects all of your major considerations. I mean, once there are extensive rules on hosting a royal progress, holidays, and jousts, the story has shifted to be about the place and the lives of the people in it. Not so in 3.x – the DM is repeatedly encouraged to make the stronghold the focus of stories only every once in a long while, because you can only have so many defense-against-home-invasion stories before it gets tedious, and the concept of an adventure as a discrete “object” has overtaken the idea that you’re living out the events of a fantasy character’s life (good, bad, exciting, and quotidian by turns) at the table.

If there are any further official, WotC-created products relating to strongholds or domain rulership in 3.x, I don’t know about them. Next time in this series, I’ll dive into some OGL-released products. I have a copy of A Magical Medieval Society: Western Europe sitting on my shelf. If you have a copy of Eden Studios’ Fields of Blood you could share, let me know. At a glance, MMS looks like the intersection between Stronghold Builder’s Guidebook and King Arthur Pendragon, with its D&D-style magic and excess of detail on one hand and its manor-scale finances on the other. Fields of Blood shares a lot of terminology with Birthright, so I’m wondering if they made a slight end run around the limitations of the OGL to update BR. Maybe I’ll get to find out!

The Three Musketeers & Swashbuckling Ideas for ...