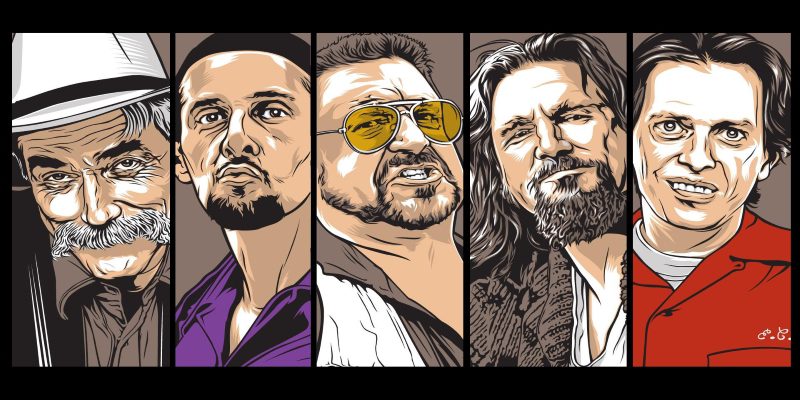 One of the common usages of “burden of knowledge” is describing a situation where you need in-depth exposure (often first-hand) to understand something. For you to perform something to the highest levels, others have to also attain a high level of mastery. Conversely, your mastery might be so thorough that no one can successfully compete against you. The knowledge base is so deep, or so well hidden, that there is never a really equal playing field.  There are many possible barriers to entry, but system mastery isn’t easily overcome. This is especially problematic when you are talking about things that are attempting to be easily accessible, as cooperative and competitive games often attempt to be. Let’s look at a timeless game—chess.

Chess is simple to understand, but incredibly difficult to master. Imagine if the first few times you played chess, you had to play Magnus Carlsen, the current world chess champion. You’d have a pretty rotten time, and would probably soon abandon the game. Luckily, you aren’t playing against a grandmaster when you are just starting out, unless there are some extraordinary circumstances, or you seek one on your own volition. While chess has a very high burden of knowledge, it lends itself to skill segregation pretty easily. There are tournaments, rankings, leagues, declarations, and all sorts of other barriers in place to ensure that someone like me, who plays chess infrequently and hasn’t ever studied the theory, doesn’t play against Carlsen when I set my board up at home. First, I’d be all “Why is this Norwegian dude here?” Second, I’d probably sell my chess set because it would no longer be fun. My chances of running into a world-class chess player any of the times I play chess are basically zero. They increase significantly if I do something like attend a freeform chess exhibition. They increase even more if I start to join leagues, attend tournaments, and so on. This scenario, where I am drawing upon chess enthusiasts and could end up against a master, is more akin to what happens when you form a gaming group, or start gaming online in an MMO. 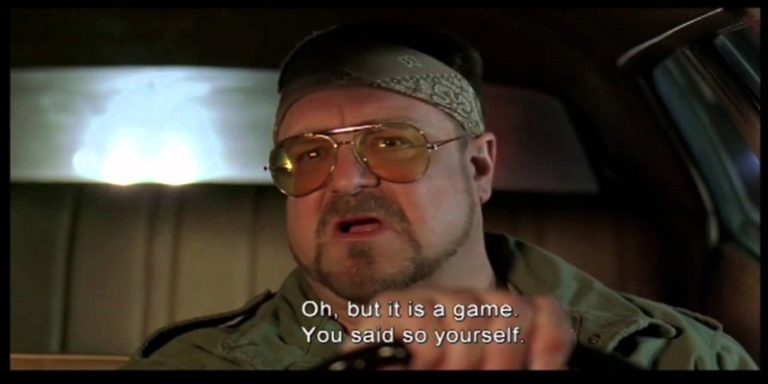 In the Parlance of Our Times

To be clear before I get into the meat of it, I am not disparaging the way anyone plays games. If your game is nothing more than a loose improv session, and everyone enjoys it, then awesome. If your game is a hack and slash simulator with a scoreboard you hang on the wall, but everyone is always smiling and having a good time, fantastic. However, while some of the first group and second could form a different group and have a great time, there is likely to be friction while the group figures out what the hell it is going to be doing from a cohesion standpoint. I feel safe in stating more than a few arguments erupt over optimal character options and gameplay.

Now, more than once I have heard people say, “If I put in the time to attain mastery, I should perform better/make better choices than someone who doesn’t,” or, “It’s ok that this is powerful, because it takes a high level of skill to execute.” Designing around burden of knowledge doesn’t mean this ceases to exist. Instead, it means that there are no obvious traps for players, and the gameplay isn’t negatively impacted by non-obvious interactions. Dungeons & Dragons 5th Edition is easily the most accessible version of D&D to date, in my opinion at least, and while the game has done a lot to eliminate this type of design, it still rears its ugly head on more than one occasion. 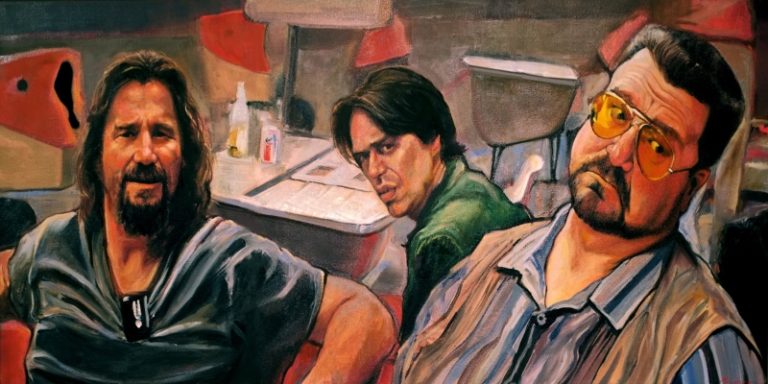 Mark it Down, Dude

Take a look at the Improved Warding Flare feature for Light-domain clerics. This feature requires the cleric to spend his reaction when a creature he can see within 30 feet attacks a creature, including him. The cleric imposes disadvantage on the attack roll, provided the creature isn’t immune to the blinded condition. There are a few things that go into this decision-making. First, you might not want to use the feature if the creatures are unlikely to hit their target anyway. It’s a limited-use ability, so making it count is important. It’s also important to understand what you can do with your reaction. Your decision-making can change drastically if you have a Battlemaster fighter in your party, for example. All of a sudden, you need to understand that using your reaction now competes against some possible Battlemaster maneuvers. In short, if you don’t know the fighter can do those things, and understand the situations in which it is preferable to do one and not the other, you run into situations that result in frustration or embarrassment.

This leads to a secondary problem, which is armchair character running. Players with system mastery, who suffer from the curse of knowledge rather than laboring under the burden of knowledge, often feel the need to give their advice unbidden by the player who lacks this mastery. New players are not given a chance to learn the system or attain mastery on their own, but instead give in to the social pressures of the more vocal veterans. A lot of people don’t understand that even if you coach someone into doing the correct thing, if they don’t understand why it is correct, it’s not actually learning. This is one of the root causes of “cookie cutter” character creation across a bevy of mediums. 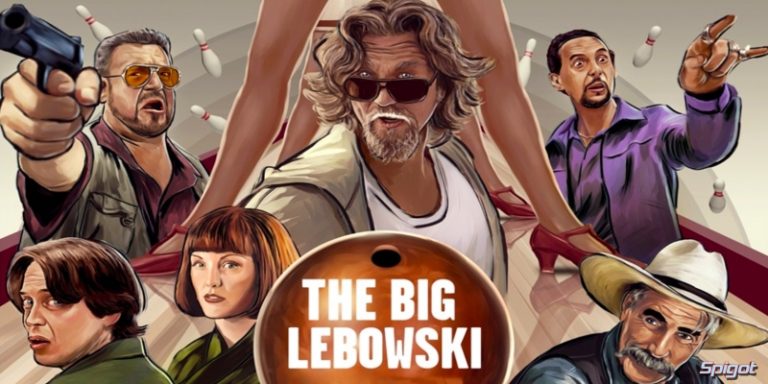 She’s Not My Special Lady, She’s My F-ing Lady Friend

Another example I have written about before is the use of a greataxe. Even the D&D designers have a hard time with this one, it seems. Barbarians receive a feature called Brutal Critical at 9th level. When the barbarian crits, they roll one extra weapon die for damage. For a greatsword, this would be 1d6, whereas the greataxe would be a full extra 1d12. However, even with this additional critical damage, the greataxe just never catches up in average damage. The designers sell this massive critical damage increase as the feature of greataxe, but this isn’t true. Greataxe only surpasses a greatsword in the hands of a barbarian when you are looking at burst potential. Burst potential is meaningful, I’m not saying it isn’t, but it’s not overall damage. I am also not saying greataxe is bad. I am just saying this is misleading, and an easy place to see burden of knowledge. For the record, if you are a half-orc, this changes at 17th level, where greataxe slightly pulls ahead of greatsword on average. See what I mean?

Information presentation plays a role in this, as you first learn about spellcasting in the class you are looking at. For example, if you look at sorcerer you can see it is a Charisma-based spellcasting class with spell slots and spells known. They also have a class resource they expend to alter spells, and they sacrifice spells for more of this resource. This resource is spent on a number of effects, of which you can only ever know how to produce a limited number. One of these effects is Quicken Spell. Quicken Spell allows you to turn a spell with a casting action of 1 action into a spell with a casting action of 1 bonus action. This sounds awesome, two disintegrate castings in the same round! Wait, there is another effect called Twinned Spell. Twinned Spell allows a spell that targets one creature, other than yourself, to target a second creature with the same spell. Note the wording, “the same spell”: the intent is this does not cost a second spell slot, but it’s not crystal clear. Twinned Spell costs a value resource equal to the spell’s level, while Quicken Spell costs only two of that resource.

On the surface, it seems as if the difference between the two abilities is Twinned Spell doesn’t take two actions or spell slots, but costs more resource, and Quicken Spell takes an action, a bonus action, and two spell slots, and costs less resource. Now, experienced players are probably shaking their heads saying “no, that’s wrong.” Well, it is wrong. However, you wouldn’t know unless you dive into the separate spellcasting section, where you discover you can only cast two spells in a turn if one of them in a cantrip. This is a case of the problem being easily solved if you thoroughly read the rules, but it’s only listed in the one location, and isn’t covered in the earlier class material at all. The information is presented in a way that buries this information. I know a lot of people do not know this rule, despite it being fairly plain. This speaks volumes to my point.

Another obvious, yet often missed and frustrating mechanic is the way some conditions work. The conditions incapacitated, paralyzed, stunned, and unconscious are all very similar. In fact, each of the other conditions build on the others. Stunned is incapacitated, and you can’t move, you speak falteringly, you auto-fail Strength and Dexterity saving throws, and attack rolls against the stunned creature have advantage. Paralyzed is stunned, and you can’t speak at all, and melee attacks from within 5 feet automatically hit you. Unconscious is paralyzed, and you become unaware of your surroundings and drop whatever you are holding. These similar yet different effects can cause some confusion, but it really matters when you have a paladin floating around. The auto-crit portions of those abilities means the paladin should strongly considering using divine smite. Divine smite is on-demand and decided upon after the roll, so crits are even more coveted, due to the dice doubling. This isn’t anything necessarily hidden, but it does make hold person extremely powerful in many situations. More than one GM has been unpleasantly surprised by the damage explosion that occurs after this setup goes off and leaves a supposed boss encounter a greasy smear on the floor. 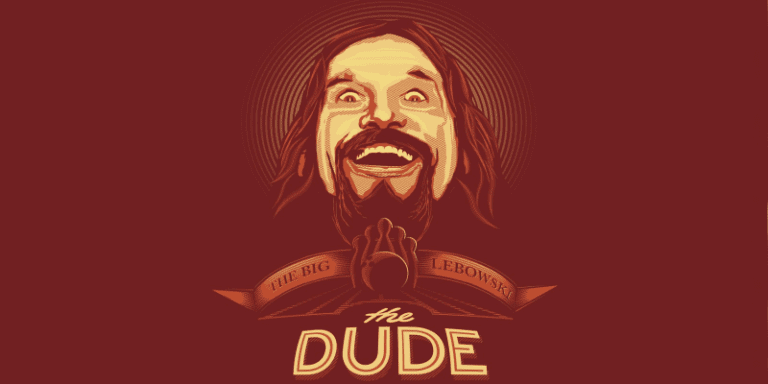 Yeah, Well, You Know, That’s Just Like, Your Opinion, Man

That all said, I stand by my statement that 5th edition is one of the most accessible editions yet. My point is not to disparage the edition, but rather to urge caution in all of your homebrews, and to provide another metric to judge future products, both official and third-party. Emergent interaction is going to occur, but a corner-case powerhouse isn’t a good design ethic for inclusive gameplay. Take the latest Unearthed Arcana. Arcane Refuge is a neat ability, but some pretty crazy stuff can occur if you multi-class bard and warlock. However, it still functions on its own without forcing you to do something like multi-class. Sure, you might not be able to utilize it every time, but you can get to an ok place with what is provided. You gain more from it if you have the system mastery and want to force it, but it’s not something that is useless without it or overwhelmingly powerful with it. This is a pretty solid design spot to be in, and it’s where you should peg any of your own homebrews (with the understanding that your home game’s power level might be vastly different, which is fine as long as you keep it in mind) or supplements.

After all, we don’t want more War Caster and eldritch blast. I mean, unless you do, I guess.