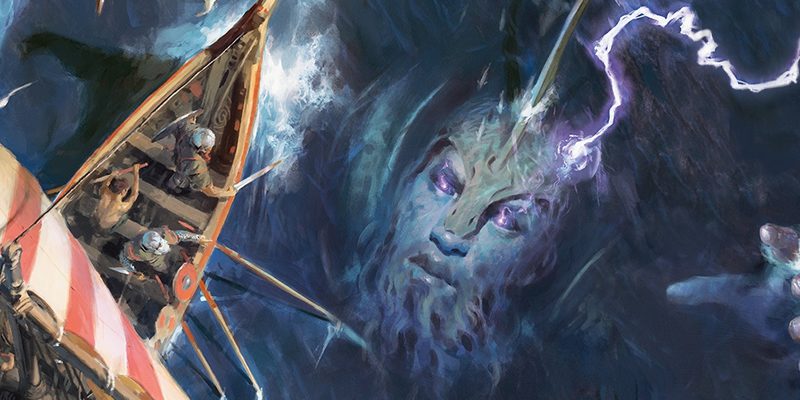 During an event this afternoon in Los Angeles, Wizards of the Coast announced Storm King’s Thunder, the new storyline for Dungeons & Dragons is coming Fall 2016. Giants are rampaging the land, the sea, and the skies and the peoples of the Forgotten Realms need a team of heroes to help them. D&D fans will get a preview of Storm King’s Thunder this summer with Force Grey: Giant Hunters, a weekly show starring an unlikely group of comedians and actors.

I just recently reread the adventure Lear the Giant King (Dungeon Magazine #78), and this looks like it is shaping up to be similar to that adventure with politics and intrigue as heroes bounce around giant kingdoms. Can’t wait to get a chance to read this super adventure.

Some exciting details about this new product: 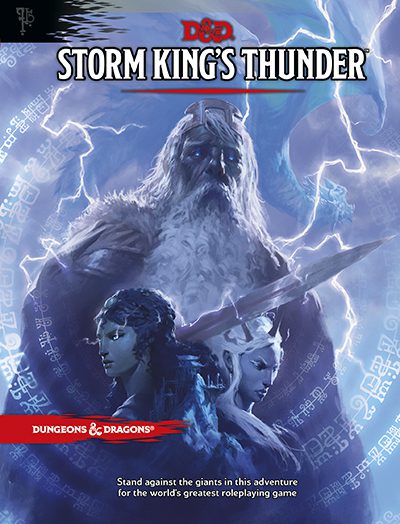 Giants have emerged from their strongholds to threaten civilization as never before. Hill giants are stealing all the grain and livestock they can while stone giants have been scouring settlements that have been around forever. Fire giants are press-ganging the smallfolk into the desert, while frost giant longships have been pillaging along the Sword Coast. Even the elusive cloud giants have been witnessed, their wondrous floating cities appearing above Waterdeep and Baldur’s Gate. Where is the storm giant King Hekaton, who is tasked with keeping order among the giants?

The humans, dwarves, elves, and other small folk of the Sword Coast will be crushed underfoot from the onslaught of these giant foes. The only chance at survival is for the small folk to work together to investigate this invasion and harness the power of rune magic, the giants’ weapon against their ancient enemy the dragons. The only way the people of Faerun can restore order is to use the giants’ own power against them.