To the stars! Sasquatch Game Studio announces that it plans to release ALTERNITY ™, a science-fiction roleplaying game that covers everything from galaxy-spanning empires to near-future orbital intrigue. The game system’s flagship product, a 256-page hardbound book, will be available in 2017.
The game, which shares a name and heritage with a popular RPG from the 1990s, covers such action-packed scenes as starfighter dogfights, zero-G combat, and powered-armor troopers blasting aliens into their constituent atoms. The Alternity rules set is modular, so gamemasters can support the story arcs they create with the specific rules they need. A story of far-future space exploration, for example, will use a capital starship rules module, while a dystopian cyberpunk setting will use a virtual reality/hacking module instead. 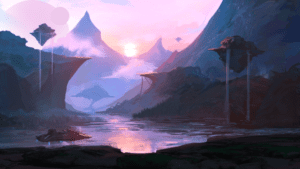 “By mixing and matching the available modules, you can essentially invent your own future,” said David Noonan, one of the designers. “We want Alternity to be a ‘flexible foundation’ for the stories that come alive at your gaming table.”

Developed with guidance from Alternity’s original designers. Richard Baker and Bill Slavicsek, Alternity will feature a publicly available playtest packet in early 2017. Based on feedback from those external playtesters, Sasquatch plans to release the game in the second half of the year. 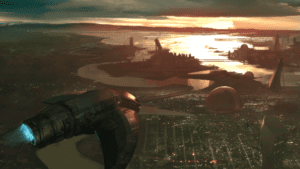 For more information or to schedule an interview with Alternity’s creators, email

alternity@sasquatchgamestudio.com. The creators will share more about the upcoming game at a Gencon seminar: 4 p.m. Thursday, Aug. 7, in the Westin hotel’s Council Room, and they’ll be available throughout the convention in booth #674.

Who are you guys?

Three game designers comprise Sasquatch Game Studio: Richard Baker, David Noonan, and Stephen Schubert. Collectively they have more than 50 years’ experience in the tabletop RPG industry and design credits in hundreds of great RPG books. Rich was one of the primary designers of the original Alternity back in the 1990s, and all three have been avid SF RPG gamers for almost as long as there have been SF RPGs. Dave still has a well-worn map of the Spinward Marches on his wall, and Steve continues the decades-long search for his Dralasite copilot.

As a company, Sasquatch Game Studio has created the Primeval Thule fantasy campaign setting for multiple rules systems, Princes of the Apocalypse, and the Ultimate Scheme board game, debuting at Gen Con this year. 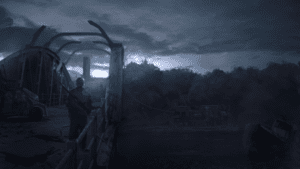 Is this a second edition? A reboot? A remake?

None of those things — the 2017 Alternity is its own game, through and through. We draw inspiration and a sense of heritage from the original Alternity, but this is wholly our creation… and yours, as soon as you start playing.

What’s the underlying game system?
That’s something we’re still experimenting with. Right now, we’re exploring a roll-high d20 system that would be familiar to players of 3rd, 4th, and 5th edition D&D (which we all helped create), and a roll-low system more like the original game. Either way, we’ll feature all the polyhedrals — something that nods to the heritage of the 1990s Alternity. At some point, we’ll beam the two systems down to a planet with a surprising amount of bamboo and black powder, then choose whichever system survives.

Do you guys have the necessary rights to make this game?

We do, but it’s worth a bit of explanation about what those rights are. Sasquatch Game Studio is registering a trademark to the Alternity game (the old trademark has been abandoned for many years). Any copyrighted material associated with the 1990s version of the game still belongs to the previous publisher. However, the beauty of making a science fiction roleplaying game is that there’s a natural instinct to create anew rather than look to the past, and we intend to fully indulge that instinct. We have exciting new worlds to share with our new version of the Alternity game.

Can I make a campaign inspired by [insert beloved book, show, or movie]?

Probably!?! We think so!?! Our initial design work (and hence our early playtests) are set in a far-future federation, a near-future cluster of solar system colonies, and (just for fun at this point) an alternate-future with its roots in steampunk. Our plans for Alternity’s ongoing line include plenty of rules modules to cover various SF genres and tropes — including those that emerge after the core game’s release.

How can I find out more?

Starting in mid-August, you’ll be able to read weekly blog entries at sasquatchgamestudio.com — everything from rules previews to playtest journals to concept art. We also regularly read the ENworld forums, though we lurk more than we post. And if you’re coming to Gen Con, pepper us with questions at our Alternity announcement panel, scheduled for 4 p.m. Thursday in the Westin’s Council room, or stop by booth #674 and ask us in person.