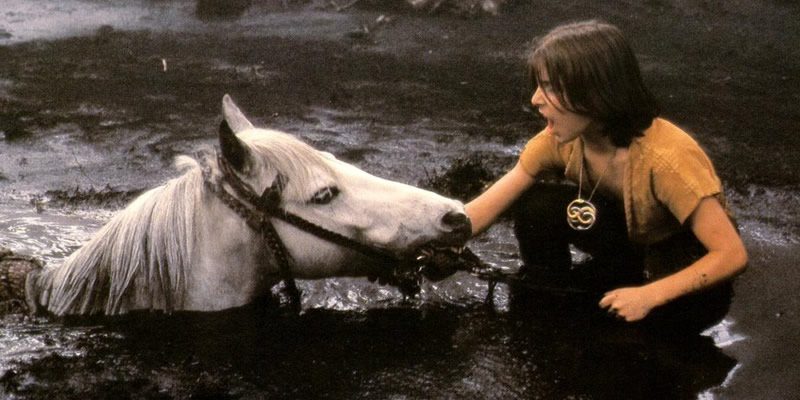 The world your players are exploring should be filled with dangers other than monsters. This week on the Campaign Trail I wanted to share some traps and hazards I have used in my campaigns. The D&D 5th edition Dungeon Master Guide and the published adventures provide us with a limited number of traps and hazards, but I thought this collection might be interesting too. Some of these I have included in previous articles, but I thought collecting them in one place would be handy.

What are Traps and Hazards?

A trap is commonly found in a dungeon, but can be set along a forest path, in a home protecting valuables or anywhere. Traps should serve a purpose such as preventing intruders from progressing, protecting treasure or hunting. Traps can be mechanical or magical, so you should also think about who would have set the trap and why when placing it in your adventure. If you have a rogue with high perception who finds all your traps, try a magical trap.

A hazard is a location based threat that is similar to a trap.

I looked to Pathfinder’s Core Rulebook for some ideas on how to use quicksand in my D&D 5e game.

Similar to quicksand, but with fire! You can make minor tweaks to quicksand to also create stink bogs and horse swallowing muck.

Placing standard traps in a grassland setting can work, but a pit trap does not make as much sense in the middle of a field as on a trail or in a dungeon. Having your adventurers face a brush fire can be used to create a challenge or to steer your players away or towards a goal. As the fire catches the adventurers with its flames and smoke, have them make a DC 13 Constitution check  to see if they are overcome by the fire (or whatever is appropriate to your player’s escape actions). Anyone who gets caught takes 1d6 fire damage; as the fire spreads, anyone who starts their turn in the area or moves through it takes 1d6 fire damage; eventually, smoke causes obscurement and then suffocation. You could even try out the chase rules in the Dungeon Master Guide where the players are the quarry. For bonus DM points consider the direction of the wind as a factor in the movement of the fire, even having it pick up to create a deadly firestorm.

This is a silly hazard that I used in an Adventure Time game. It might fit your game, but proceed with caution if you use it.

This trap is activated when an intruder enters a room. A statue shoots out a violent beam of magical energy any time a creature does too much, as in anything more than simply walking (or moving at base flying speed for floating or flying creatures). The statue should be a representation of something lazy like a sleeping animal, but have something to tempt your adventurers like a huge gem on its chest. You might even have a warning for the players to “Relax” or “Take it easy”.

A spell or other effect that can sense the presence of magic, such as detect magic, reveals an aura of evocation magic around the statue. A successful dispel magic (DC 13) cast on the statue disables the trap for 24 hours.

When the trap is activated it causes the statue to shoot out a beam of magical energy, the triggering creature must make a DC 13 Dexterity saving throw, taking 11 (2d10) force damage on a failed save, or half as much damage on a successful one.

This is a silly hazard that I used in an Adventure Time game. It might fit your game, but proceed with caution if you use it.

This is another hazard from the Adventure Time. It could work well if you are exploring woods with fairy magic. I modified this slightly when my players were deep underground and meet up with some fungi.

Your adventurers see a shimmering field of daisies growing in front of them, filling them with with a pleasant feeling of peace and tranquility if they can smell them. A creature exposed to this field for longer than 1 minute must succeed on a DC 15 Wisdom saving throw. If it fails its saving throw, it is charmed and will bend over or sit down to do nothing else but smell the beautiful flowers.

At the end of of each of its turns, an affected creature can make a Wisdom saving throw. If it succeeds, this effect ends for that target. If the creature continues to smell the flowers for 1 minute it will fall asleep.

Another hazard from the Adventure Time. It could work well if you want to move your players along or have them look for cover, finding the next adventure location.

The skies grow dark as black clouds roll in from the west. The knife storm will be here in 1 minute. Basically run and find shelter or start to dodge daggers.

No check is required to notice the storm. A successful Intelligence (Nature) check (DC 15) to predict that the distant storm clouds are actually a knife storm that will arrive in 1 minute. Anyone who has experienced a knife storm before has Advantage on the check.

Suddenly, the first “drop” falls; a perfectly formed iron dagger. Any creatures caught out in the open in a knife storm will be the target of 2 knives each round. Each knife makes a ranged attack with a +5 bonus against a random target. Any cover such as trees, shields held overhead or other portable cover should be considered using the Cover rules. A target that is hit takes 2 (1d4) piercing damage.

Let your PCs be like Matt Damon in The Great Wall or hold back the north like in Game of Thrones.

Place a long wall or wide trench in the middle of a grassland. Trenches are often dug by soldiers for protection during war, but they can be used to keep away monsters. A tall wall stretching forever in either direction could be found or a wall that is clearly created as a powerful fence. A trench or wall will provide your adventurers with an obstacle to overcome, but they might want to consider what is the wall or trench keeping out or in.

As your adventurers travel across a large plain, a huge army appears on the top of the nearest ridge and then another army advances out of the hills on the opposite side of the plain. Effectively surrounded, it looks like your adventurers have stumbled into the middle of a battle that is about to begin. Do your adventurers try to fight everyone, quickly join a side or run? Instead of some random encounter with no impact, their choice can set off events to power an entire campaign. The armies can be led by rival orc chiefs, human kings fighting for territory, rival groups of treants or whatever you like. The more alike you make the armies, the harder it will be to choose a side for the adventurers.

Type: Hazard
Environments: Any (or Mountain)

This dungeon is guarded by the fact that it is hard to get down to and hard to find. Assuming they arrive during daylight.

After traveling for a few hours through light forest and meadows, you arrive at the edge of the deep chasm, which splits the forest in two. Looking over the edge you see the light swallowed in darkness hundreds of feet below.

The PCs will have to climb down a deep, steep sided chasm full of ruins using their climbing gear they hopefully purchased in town. This could be run as a skill challenge or just with some tough ability checks. Reward players for using climbing gear or magic to make it easier with advantage and lower Difficulty Checks (DCs).

Climbing down the side of the cliffs should be a multi-stage challenge (2 to 3). At each stage roll for a random encounter with a 20% chance for encountering flying creatures (or put them up against creatures hidden in cliff side burrows as an alternative). Punish the players for failing the stage climb as a group with a level of exhaustion or lost hit points.

This can easily be reversed for the climb out or to climb a steep cliff.

That’s all for this week. Let me know what you think in the comments below OR even better share your own traps and hazards.

If you liked this article and other articles here on Tribality.com, please consider supporting us on Patreon. Your support helps us bring more writers to Tribality and publish more PDFs (like a big book of traps and hazards maybe).