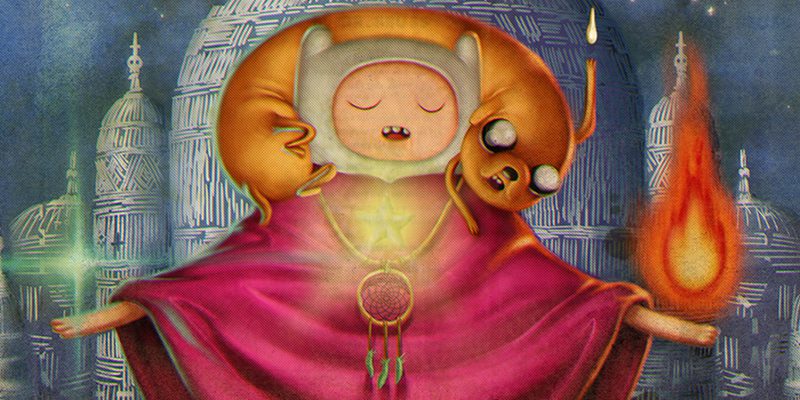 I’ll be breaking this down into four parts and releasing another chapter each week.

Pendleton Ward, the creator of Adventure Time, often mentions how Dungeons & Dragons is the biggest inspiration for the show.

“Well Dungeons and Dragons is probably the biggest inspiration. When I am working on it, it feels like I am running a campaign of D&D. I am just writing stories I would want to play over a table with my buds.”
– from an interview with Pendleton Ward at Geekadelphia

It’s easy to see this inspiration as so many aspects of the show and characters even have roles such as being a wizard, warrior or princess. Yet, the show doesn’t take place in a traditional fantasy setting and the traditional D&D classes don’t all match up perfectly. That being said, I don’t think rewriting all the classes is needed, some simple tweaks will let nearly any option from the Player’s Handbook work in the Land of Ooo. 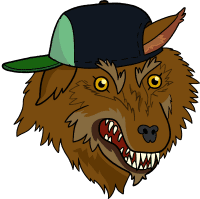 The biggest obstacle to playing 5th edition classes in an Adventure Time setting is that divine magic isn’t strongly represented in the show. That being said, there are a number of cosmic level characters to draw from if you wanted to create a pantheon such Cosmic Owl, Death, Party God, Grob Gob Glob Grod, Glob and Prismo.

Clerics: Allowing clerics that take a new Medic Domain could work, but I think reflavoring the class as a “new” class called Medic fits the world better. Another option would be to create a Healer arcane tradition using some of the cleric spell list, especially those found in the Life Domain. If you really want to play a cleric draw your power from placing faith in Glob, Party God or another cosmic character.

Paladins: Finn is a knight who has sworn an oath to protect the Candy Kingdom, but he doesn’t exhibit divine powers he can control. Creating a new Paladin oath could work too, but I would recommend leaving Paladins out of the class list. If you really want to allow paladins, try out fun options. One option could be to have a paladin fight for the right to party, by worshiping Party God and taking an oath to party hard. 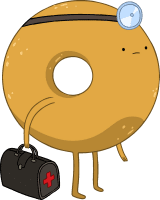 Clerics work better as Medics in Adventure Time. These are notes on how to simply reflavor the Cleric class with the Life Domain as a Medic for Adventure Time. 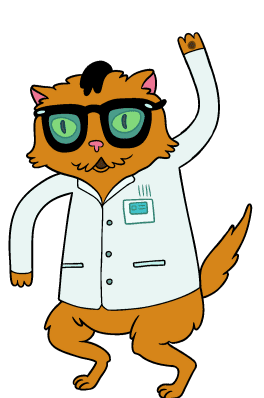 Scientists are super brainiacs who spend all day hiding in a lab, until they are dragged out on an adventure. Magic is part of everyday life in the Land of Ooo, but so is science. Scientists don’t cast spells using magic. Scientists use the scientific method to conduct experiments and invent devices to create wondrous spell like effects using science. As as stated in Clarke’s Third Law (“Any sufficiently advanced technology is indistinguishable from magic”), the abilities of scientists are quite similar to other wizards, but their source is not magic, but knowledge of the universe.

Scientists are played just like a Wizard, but spell slots are like available brainpower and if you consume them doing science stuff, then you need to rest up your noggin.

This homebrew Scientist Arcane Tradition borrows heavily from the Unearthed Arcana Artificer that is currently available for playtest.

Starting at 2nd level, you can conduct experiments to produce useful chemical compounds that work in the same way as potions, but are called Elixirs. You spend 10 minutes with your portable chemistry kit and expend a spell slot to produce an elixir from a formula you know (see list below). Once you have expended a spell slot to create the elixir, you cannot regain that slot until it’s consumed or after 1 week, at which time the elixir loses its potency. You only have enough beakers to store three elixirs at a time, so creating a new, fourth elixir requires you to consume or destroy one of your three already existing elixirs.

The spell slot you expend determines the type of elixir (identical effects as related potion) you can create. See chapter 7 of the Dungeon Master’s Guide for complete rules on potions and information on each potion.

At 2nd level, you can also tap into your knowledge to create a simple device. You can use your Arcane Recovery ability to develop this device using science instead of regaining your expended spell slots (or brainpower).

You must finish a short rest, then spend 10 minutes to create a single-use device which is able to “cast” one “spell” chosen from those you know. Subtract the spell’s level from the total levels worth of slots you regain using Arcane Recovery. This reduction to your Arcane Recovery applies until you use the simple device and then finish a long rest. Once used, the simple device is useless except for recycling the raw materials for your next device.

Beginning at 6th level, you can charge-up weapons and armor using your knowledge awesome knowledge of alloys and science. You can spend 1 hour (10 minutes for something that has previously been charged-up) tinkering with a mundane weapon, suit of armor, shield, or bundle of twenty pieces of ammunition, and expend a spell slot to power it up. Charged-up items are tricky and needs lots of maintenance, so they only retain their enhancement for 8 hours or until used (in the case of charged-up ammunition). You only have enough rare materials to charge up one item at a time; if you charge up a second one, the first immediately loses its potency. Once you have expended a spell slot to create such an item, you cannot regain that slot until the item is stripped of its enhancement. Charged-Up weapons and armor should be considered as magical as magic weapons and armor for the sake of rules.

The spell slot you expend determines the type of weapon, armor, or shield you can charge up.

Starting at 10th level, you have developed enough raw materials that you can now power-up a second weapon, suit of armor, shield, or bundle of ammunition using your Charge-Up Weapons and Armor ability. You can’t attempt to power-up a third item without stripping and powering down one of your other 2 items first.

On reaching 14th level, your mastery of the laws of nature allows you to produce a variety of inventions. You can create a single item chosen from Magic Item Tables A and B in chapter 7 of the Dungeon Master’s Guide. It takes you 1 week to produce such an invention, and you must rest your brain for 1 month before you can be inspired to invent another such item. You must come up with a vague scientific explanation for how you created your invented item and how it works. The item should be considered magical and will have identical effects as the matching magical item for the sake of rules.

I contacted Bloodghost directly to ask if there would be an update to the materials for 5th edition or if I could take a crack at it, but I didn’t receive a reply. I’ve borrowed heavily from Bloodghost’s ideas for this guide. ADVENTURE TIME and all related characters and elements are trademarks of and © Cartoon Network. The main article photo is the title image from the Adventure Time™ episode Wizard.

The Rogue Class, Part One