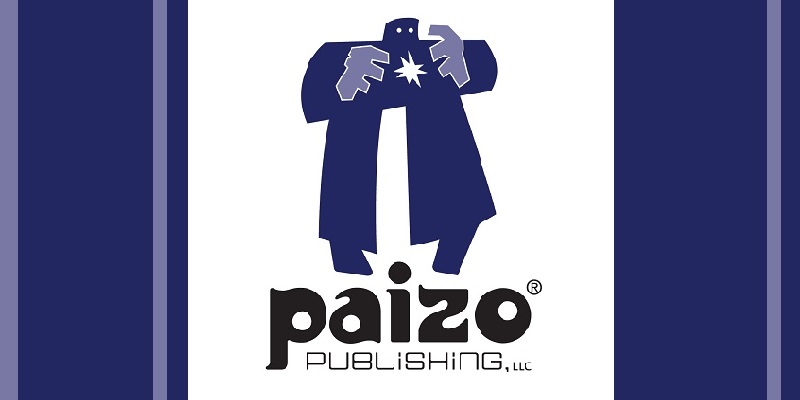 Erik Mona, the Publisher and Chief Creative Officer of Paizo was able to spend some time, and sit down with us at Gen Con 2016 to talk about news and the future of Paizo.

We spoke about several things:

and here is the press release for Horror Adventures and other information:

“Pathfinder players always love horror themes,” says Paizo Publisher Erik Mona. “Some of our most popular adventures involve horror elements, so Horror Adventures is a natural fit for our publishing schedule. By allowing players to experiment with becoming monsters themselves with corruptions, the book puts players on the other side of the monster equation, with terrifying and awesome results.”

There are things that dwell in the dark places of the world, deep beneath the ground, in long-abandoned crypts, or in musty attics; terrible things that can destroy your body and shatter your mind. Few sane individuals would ever think to seek out such nightmares, but those that are drawn into the darkness often find it infecting them, corrupting them in ways both subtle and gross. Some think that those who die facing off against such horrors are the lucky ones, for the survivors are forever scarred by their experiences. Horror Adventures gives you everything you need to bring these nightmares to your game. 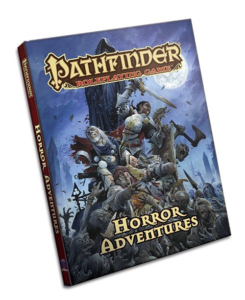 Characters can take far more than a few hit points of damage when their very sanity is called into question from witnessing horrors too terrible to comprehend. To face such nightmares, the heroes can take new feats, utilize powerful spells, and even acquire holy relics to aid them. They will need every edge they can get if they plan to survive the secrets of this book.

This press release happened at the end of May during Paizo Con, but I wanted to include it in case you missed it:

Set thousands of years in Pathfinder’s future, the Starfinder RPG will be a stand-alone science fantasy game evolved from the Pathfinder RPG rules in which players take on the role of a rag-tag starship crew exploring the countless mysteries of a weird universe. Starfinder’s offerings will include a new monthly Starfinder Adventure Path product line as well as accessories for players and Game Masters. 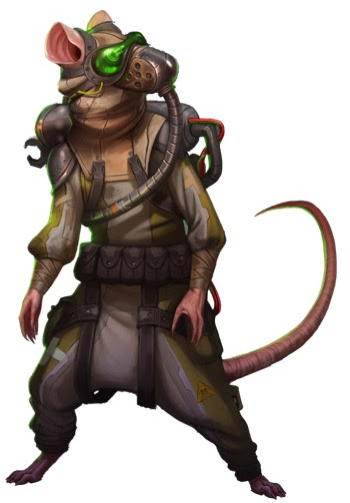 “Starfinder is set in the solar system of Pathfinder’s home world of Golarion, but far in a possible future—one in which the gods have mysteriously spirited Golarion away to an unknown location, and refuse to answer questions about it,” says James L. Sutter, Starfinder’s creative director. “In its place, the cultures of that world have evolved and spread throughout the solar system, especially to a vast space platform called Absalom Station. Gifted access to a hyperspace dimension by an ascended AI deity, the residents of the system suddenly find themselves with the ability to travel faster than light, and the race is on to explore and colonize potentially millions of worlds. But there are horrors out there in the darkness.”

For a full preview of the Starfinder RPG from creative director James L. Sutter, visit Paizo.

The Starfinder line launches at Gen Con 2017 with the release of the 500-page Starfinder Core Rulebook, several player and Game Master accessories, and the inaugural volume of the monthly Starfinder Adventure Path line, which includes epic campaign adventures, new planets to explore, starship and player character options, as well as new monsters and aliens to battle.

Starfinder is also designed to integrate easily with the Pathfinder RPG, allowing players of either game to port over monsters, items, and adventures with a minimal conversion effort.

Starfinder was among a slew of announcements made at this year’s PaizoCon, an annual gathering of Pathfinder fans held in Seattle. Other releases coming soon to the world of Pathfinder include:

Thanks for reading & watching,