The Personality of Ron Weasley (and Backgrounds) 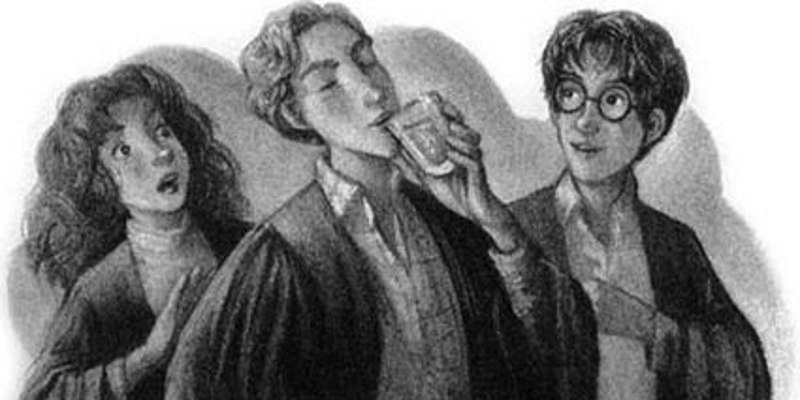 With the advent of new Harry Potter material, what’s old is new again, and I can talk about the Wizard World without feeling old or silly. Let’s ignore the fact I don’t want to discuss the play⸺I’m a big believer in the idea a play should be experienced and not analyzed from the script or note. Instead, I want to talk about Ronald Weasley and the background system of Dungeons & Dragons 5th Edition. Specifically, I want to discuss the idea that Ron Weasley is the most all-in of any character at the Hogwarts gaming table.

The background and personality trait system for 5e isn’t perfect, but it’s a laudable attempt to bind mechanics and roleplaying in a way that is largely unobtrusive, but still has an impact on gameplay. The idea is simple: the more you roleplay as your character, the more the GM rewards you for staying true to the concept you have created. Whenever the GM feels you are particularly true to your concept, you receive Inspiration (the worst thing about this is the name, as it shares similarity with Bardic Inspiration), a binary resource you spend to gain advantage on an attack roll, ability check, or saving throw. You can also decide another player was awesome, and give the Inspiration to them, instead. Rather than be fiddly points you receive as a result of character creation, the idea is in-the-moment reward to in-character action. The two biggest problems I have heard about the system are GMs lamenting they are not familiar enough with the personality traits of their players to consistently remember handing this out, and that players have a hard time adhering to or incorporating personality traits made in a vacuum at the start of play. Both are fair points, and play into why Ron Weasley is so well done 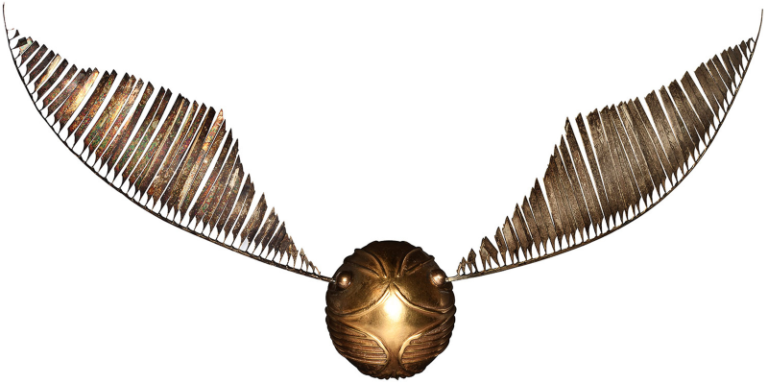 If you were to look at Ron’s character sheet, you’d see a single word (ok, hyphenate) listed under flaws⸺weak-willed. This is literally all that is needed to provide a prompt for character decision-making, and it is incredibly easy to remember something this simple as a GM. In a test of wills, Ron should usually come out on the losing side of things. He might be tempered by the other characters, but his natural inclination is to give in, all things being equal. This isn’t a specific sort of flaw, but rather a general flaw applied across anything that tests his mettle. Even though this is a huge detriment, Ron is guided by this flaw time after time. This is a source of great conflict and narrative propulsion, even though it is in-the-moment bad for the character. This is exactly what should be occurring with flaws. They should be bad. Bad things happening is ok. It’s great story.

It’s not just this Flaw that does such a good job of defining Ron Weasley, as his other traits are on display for all to see. His Ideal is to be recognized for his own achievements. His Bond is loyalty: once given, it wins out. His personality trait is a desire to find his own place in life. These are extremely simple concepts that can be distilled down to a single word. Put those together with weak-willed, and you have four keywords that do a good job of describing the Ronald Weasley we see over seven books: a weak-willed, loyal, and uncertain person striving for recognition. These broad categories, rather than lacking direction, drive character development than a more specific phrase could ever hope to do. Both player and GM are more likely to remember something so crisp and clear, which reinforces that circle of Inspiration the system hopes to engender.

The important thing here is that these are not all good traits, and that even the good traits can be used for conflict. I can’t stress this enough: it’s ok that bad things happen to your character. Conflict is good. Narrative propulsion is good. Character growth is good. It’s because of all this that Ron is one of the better characters. His struggle isn’t as heroic as the struggle of others, but his arc is all the more important because it’s about his personal growth and accepting who he is. 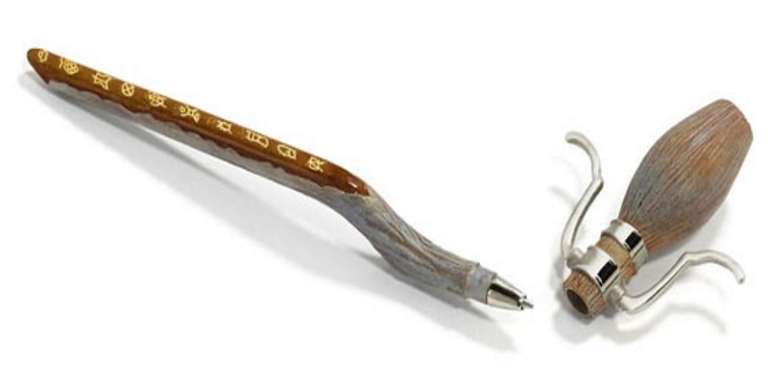 Ron begins the stories as the youngest son in a large wizarding family who value service over wealth. Ron is embarrassed of how poor his family is, but he isn’t embarrassed by what his family does. Yes, his father doesn’t make much money, and while Ron doesn’t necessarily understand why his father loves his work so much, he never blames his family for their financial state. It’s almost as if it doesn’t occur to him that occupation and pay are linked. There are times later in the books when Ron defends his father’s lack of advancement, as does the rest of family, but never once are they ashamed of it. Yes, Arthur is a civil servant, so what? From the very beginning, this is a great depiction of the aforementioned Bond. Ron is loyal to his family, not asking them to change.

Likewise, Charlie turns down sports fame to go work with magical creatures. Everyone seems to know Charlie was good enough to be a superstar, but no one in his family gives him any trouble for following his dream. This is what loyalty and acceptance look like. It also makes Percy’s face-heel turn all the more devastating. We have seen this loyalty and acceptance in the Weasley family, primarily through Ron, so to see ambition come first cuts us to the bone.

We also see this loyalty tested as the books progress. He is terrified of spiders, with a legitimate scarring reason behind it. However, he overcomes this to help his friends. He is willing to fight people who insult Hermione, even though the two of them grouse and crab at each other all the time. He grows incredibly jealous of Harry when Harry is selected by the Goblet of Fire, highlighting his desire for recognition. He knows this is irrational, but it is another case in which Ron is cast to the side at the expense of someone else. It is even made clear that Ron KNOWS this is irrational, but he can’t help it he feels this way. After his best friend is endangered, Ron casts this jealousy aside and supports him once more. His loyalty is tested once more the following year, when no one believes Harry that Voldemort has returned. He is ready to fight people to defend Harry on this point, and doesn’t waver as things grow worse. 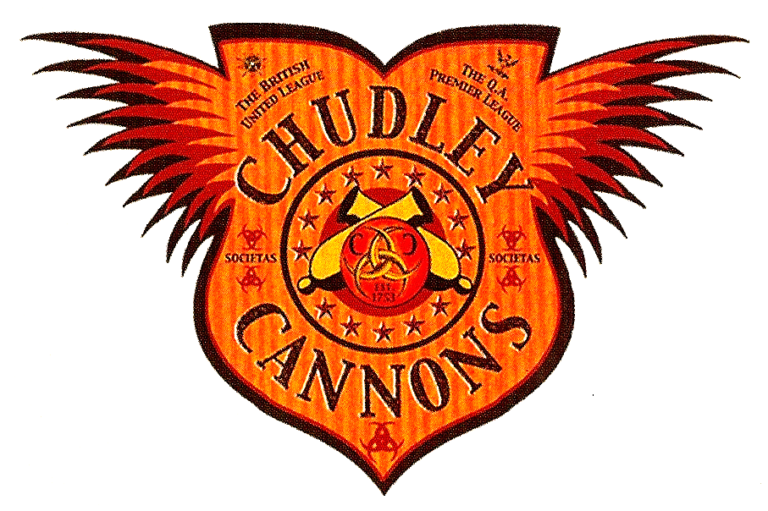 In the final novel, Ron abandons Harry and Hermione, but is almost immediately ashamed of his actions. His loyalty wavered – as a result of his weak will, I might add – but he immediately fought to overcome it. When Ron has his redemptive moment and destroys the locket, we, and Harry, bear witness to Ron’s inner fears and shame. Yes, his uncertainty, weak will, and desire for recognition won out, but Ron put that aside and put loyalty above himself. This is a primarily good trait, but one that drives both positive and negative conflict.

The same is true of his weak will. Spells that compel the mind work extra well on him, and even though it is embarrassing, he can’t help it. Veela affect him more than others, but rather than understand or help him, his friends make fun of him. He commits social faux pas, he has no confidence, and he is more easily influenced by evil magic than any of the others. It’s not until the moment where his loyalty comes into conflict with his weak will in a truly catastrophic way that he moves past this flaw and finds inner strength he didn’t know he had. From a gamist perspective, this is about as perfect a chance to hand out Inspiration and see it used as any. Ron has been playing up his flaw for so long, the chance to overcome it as a moment of climactic character growth is essential to good narrative. As a result of this victory, we even see a shift of his ideals and traits, as his true nature becomes more clear as he enters adulthood.

Hate all you want on Ron Weasley, but he’s one of the best characters at the table for these Hogwarts adventures. He has definite personality traits, he does things to his detriment because it’s defined by the character, and he has a clear narrative arc. Yeah, he’s sometimes not great along the way, but that’s being a person. Sometimes people are shitty. His arc is all the better because the decisions he makes at the end have the weight of those bad choices and bad moments behind him. That’s what the background and personality trait should strive to do, after all. We should be lucky to have all the characters at our table be Ron Weasley.