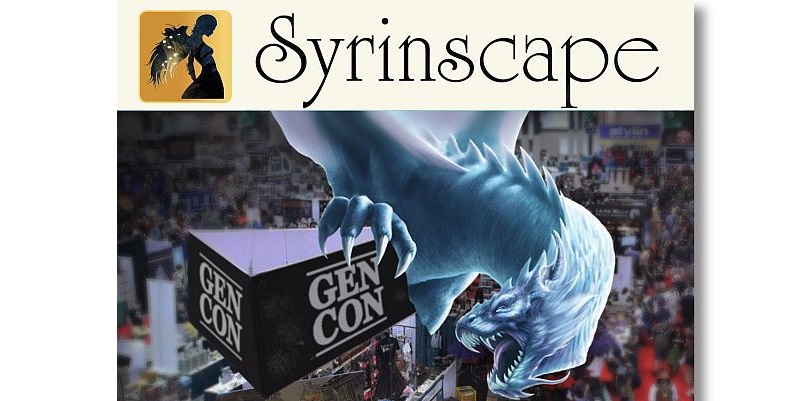 I have used music and sounds before, but having a control board that is themed for a game, allows me easily set a mood, and then to quickly choose an appropriate sound during the game. Also, a themed background enhances the game beyond anything I have done before. All of the sounds are high quality, fully customized timing, and I couldn’t find anything to complain about. Everything is Top Notch! You can give it a try for free by just downloading the software and getting the 2 included free soundsets; Witchwood and Bugbear Battle.

Here’s a video of the demonstration that I took from the Exhibit Hall at Gen Con, and detailed information follows that I received about Syrinscape:

Syrinscape is a revolutionary sound design app that adds evocative ambient background sound and a movie-like soundtrack to your tabletop gaming experience. Syrinscape conjures every aural landscape imaginable, from ethereal forests and stony shorelines to dank vermin-filled dungeons and the spooky depths of the underdark. 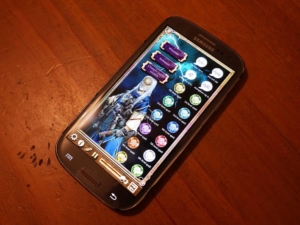 Syrinscape uses a powerful audio engine and complex algorithms to produce ever-changing soundscapes and rich encounter specific music. SoundSets are made up of numerous independently controllable ‘elements’, each representing a component of the audio environment. Each ‘element’ distributes randomly chosen samples into the 3D environment surrounding the listener. All this works together to create immersive sound with no annoying repetitions or patterns.

Why does it sound so good?

Benjamin Loomes, creator of Syrinscape, is an accomplished composer who has lovingly crafted Syrinscape’s impressive range of sounds and melodies. “I have always loved creating the perfect music to suit my regular tabletop game nights. From Call of Cthulhu to Pathfinder and Dungeons & Dragons, Syrinscape creates the ultimate soundscape for my gaming group. I wanted it at my table, for my game, so I built it!”

Where can I get it?

The Syrinscape Fantasy Player is available on PC, MAC, Android Tablets/Phones and iPads/iPhones. Download it for FREE, bundled with two evocative SoundSets: Witchwood and Bugbear Battle. 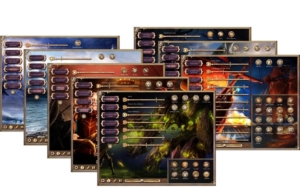 Once you’ve fallen in love with everything Syrinscape can do, explore the Store for other great SoundSets, at $US3.99 each, or in various discount priced SoundPacks.

Can I create my own SoundSets?

The Syrinscape SoundSet Creator is a simple to use, but in-depth sound toolset allowing you to create and customise your own SoundSets. Currently in BETA. For more details on future Syrinscape releases and how to be a part of the BETA see our Coming Soon page.

And below is the latest press release that I received from Syrinscape for Boss Monster. It has more information for you on how to get Syrinscape:

Play Boss Monster: The Dungeons Building Game Like Never Before with Custom 8-Bit Sounds for Character Deaths, Victories, the Voices of the Bosses and More 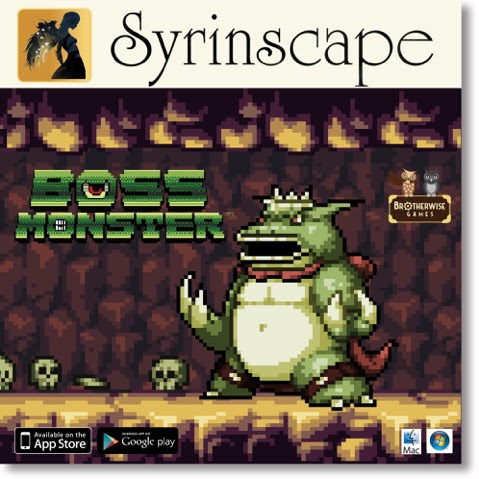 The Boss Monster SoundSet is a high-energy soundtrack and complete audio solution to play alongside the wildly popular Boss Monster: Dungeon Building Game, featuring hundreds of custom-crafted sounds for character deaths, victories, quips and individual voices for all eight of the bosses in the game. The Boss Monster SoundSet is available on Syrinscape.com for $3.99 and is compatible with PCs, Macs, and nearly any mobile device.

“Brotherwise Games couldn’t be more thrilled with the Boss Monster SoundSet by Syrinscape,” says Christopher M. O’Neal, Brotherwise Games CEO. “While Boss Monster already does a great job of capturing the imagery and feel of the retro video games that inspired it, Syrinscape adds the 8-bit jingle and jangle of those arcade hits that has been missing. Simply put, we love playing the game with it.”

Inspired by a love of classic video games, Boss Monster: The Dungeon Building Card Game pits 2-4 players in a competition to build the ultimate side-scrolling dungeon. Players compete to lure and destroy hapless adventurers, racing to outbid one another to see who can build the most enticing, treasure-filled dungeon.

The award-winning Syrinscape apps bring fantastic, realistic sound to tabletop gaming. Each can be completely unlocked for free for 30 days at Syrinscape.com/freetrial and include two free SoundSets to keep after the trial.

Here are the links that Ben mentioned in the video:

Thanks for stopping by and happy gaming,

The Personality of Ron Weasley (and Backgrounds)