The Salt in Wounds Setting for 5th Edition and Pathfinder is Live on Kickstarter! 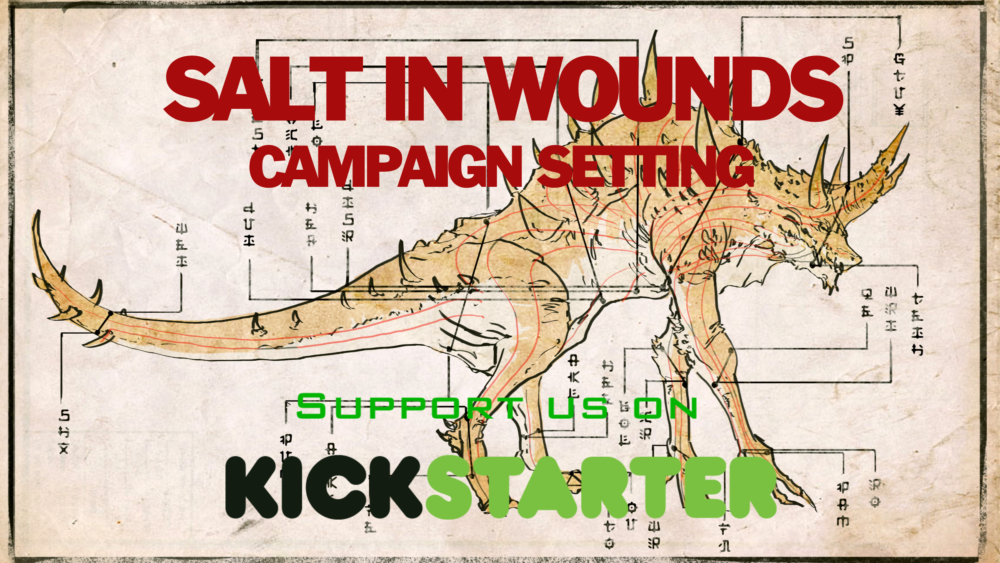 I started writing about the city of Salt in Wounds here on Tribality in early 2015, and now it’s live and funding on Kickstarter! In case you missed it, here’s a taste of what the evil fantasy mega-city fed by a bound Tarrasque is all about: 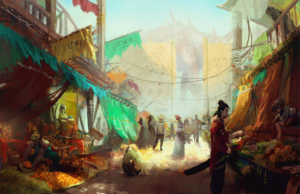 Upon approach to the city of Salt in Wounds, the first thing a traveler will note is the sounds of the Tarrasque –the unkillable, mountain sized monster that terrorized the world in the last age- screaming as it is butchered –again- to feed a hungry city. Its roars echo for dozens of leagues, and the ground occasionally trembles as it thrashes against the immoveable harpoons that hold it in place.

Moving past the massive carved bone gates, the city continues its assault on the senses as merchants bark their wares, gore splattered laborers drunk on blood wine gamble & brawl, and every manner of vice is offered up for sale. Fortunes are made here… as are adventures. The city holds a place for everyone from mercenary warlocks, to scheming Binder-Lords & dour God-Butchers obsessed with their holy mission, to covert paladins & fanatical druids (executed whenever discovered), to mutants & Marrow Miner orcs: all manner of heroes, villains, and all those who fall somewhere in between. But there is perhaps no more dangerous metropolis in the world than this place where the ground water itself can monstrously twist your flesh, where citizen ghouls doff their hats in salute even as they smile with their overlarge, over-sharp teeth, and the Tarrasque still strives to free itself even after two centuries…

Basically, Salt in Wounds is a dark, detail rich fantasy city whose culture, economy, and existence is beholden to the reality of the giant, regenerating Tarrasque which is imprisoned within the city center so it can be butchered over and over again. You can read the original Tribality posts here or check out the expanded work I did when I branched it off onto its own site here. The initial goal is $5000, we have epic backer levels from $5-$250 dollars and rewards ranging from PDFs to Tarrasque Jerky.

I want to dearly thank all the Tribality readers and commenters who gave amazing advice and encouragement when I was first drafting Salt in Wounds. If you have the time and inclination, you can check out the Kickstarter here.

The Schemes of the Archfey, Part Two

Get to Know the Scarecrow