Tales from the Yawning Portal for D&D 5e 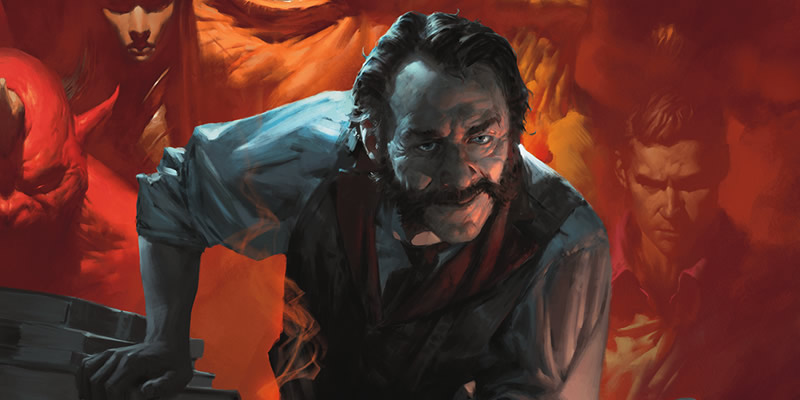 Just got an exciting press release in the inbox! Looks like we’re getting a new 248 hardcover page book this spring (April 4th, 2017) titled Tales from the Yawning Portal that will cost $49.95 (C$63.95). This book is aimed at getting newer players a chance to play seven previously published D&D adventures that have been completely updated and ready to run using D&D 5e rules. It will be interesting to see if we don’t get a new storyline this spring, with this taking its place or perhaps we’re on the way to seeing 4 or more books per year now from Wizards of the Coast. 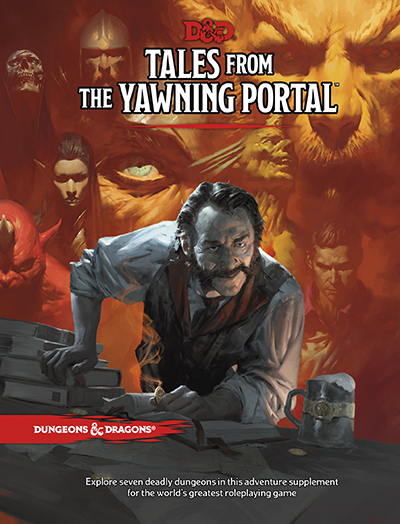 Here is the main content from the press release…

There are many iconic adventures and stories in the 43-year history (!) of Dungeons & Dragons that current fans may not have ever experienced. If you just got into D&D in the past few years, you likely haven’t braved the Tomb of Horrors or climbed White Plume Mountain or fought Against the Giants. Even longtime fans haven’t been able to fully explore the Hidden Shrine of Tamoachan or the Sunless Citadel with stats and monsters updated for the fifth edition of Dungeons & Dragons.

Now you can jump into some of the most popular D&D modules ever created with Tales from the Yawning Portal. Releasing wide on April 4th, this 248-page book contains seven full adventures including timeless classics and more recent best-sellers like Forge of Fury and Dead in Thay, all completely updated and ready to run using the latest D&D rules.

The cover of Tales from the Yawning Portal was illustrated by Tyler Jacobsen. It depicts Durnan the Wanderer, the longtime owner and barkeep of Waterdeep’s most famous tavern. Adventurers from all over the Forgotten Realms gather in the taproom at the Yawning Portal to trade stories of their exploits and rumors of far-off treasures, some even from other worlds in the D&D multiverse. The Yawning Portal is the one place you’d expect to hear tales of the seven dungeons in this book.

Look for Tales from the Yawning Portal in your local game store on March 24th! Otherwise, you can pick it up on April 4th, and start running these classic adventures for your gaming group. Even if you’re in the middle of a Storm King’s Thunder or Curse of Strahd campaign, clever Dungeon Masters and players can take inspiration from D&D’s history to infuse traps, challenges, monsters and magic items from these adventures into any session.

You can read more about it at the official D&D site.