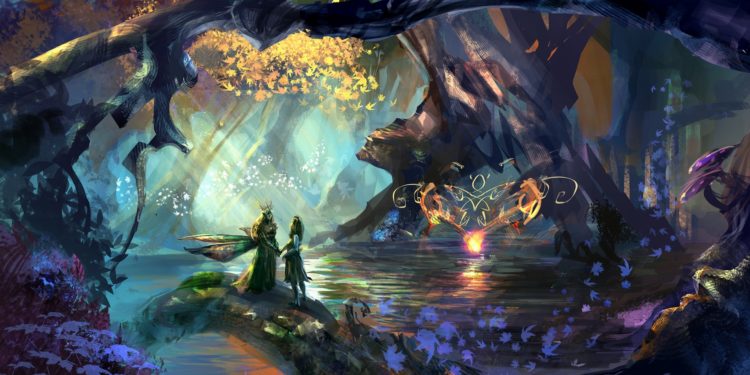 Long ago, an archfey being by the name of Caru’joalezt created in its free time a totem to place in the middle of the road. For some reason, even if you were to shovel around it, it seems as if it continued miles and miles below the surface. The totem consisted of three faces, each of them portraying a different emotion. Was there really a reason for Caru’joalezt to create it? Not really, she just wanted to have some fun and hear stories from bards singing about the tragedies it caused on those who dared interact with it. 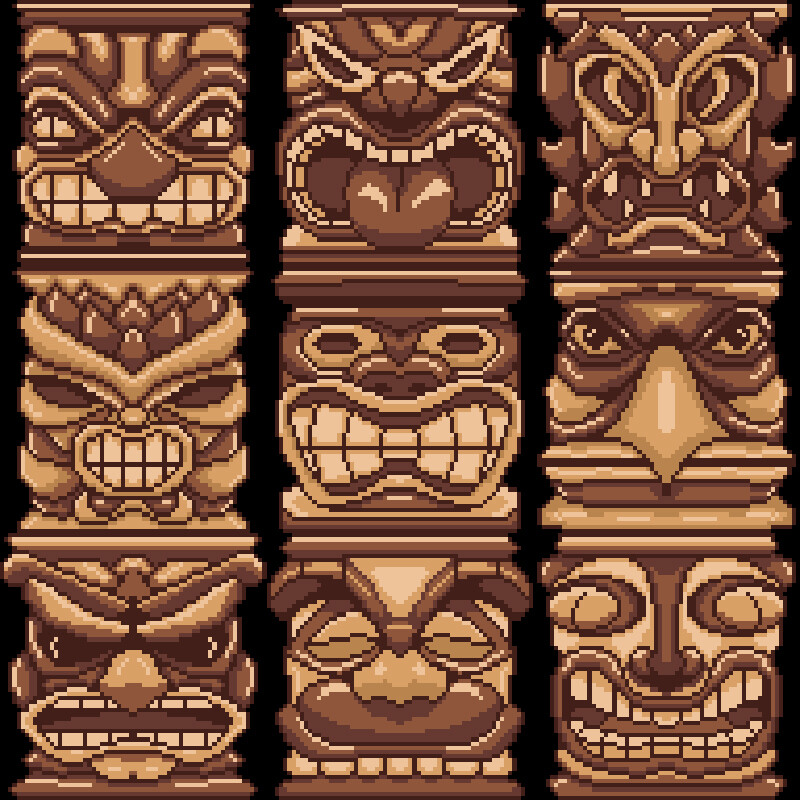 Your walk continues peacefully through the pathway until you come across something that seems off. In this enormous forest surrounded by great trees stands in the middle of the path a three-faced stone totem. These three heads stand one on top of the other, with only the top one and the lowest one looking in your direction, but at different angles. The one on the top has carved in it an incredibly angry face. The one touching the ground, on the other hand, is a weeping face. They all look very square-shaped even though the totem is cylindrical.

The face looking the other way is a disturbingly happy face, with its smile going from ear to ear. All faces look humanoid, making it impossible to differentiate if they are halfling, elves, humans, gnomes, dwarf, or other similar humanoid faces carved in the stone pillar.

The totem was constructed eons ago, which can be identified with a successful DC15 Intelligence (History) check (with advantage if the PC has the Stonecunning trait). The crackings on its side and vines coming in and out from it clearly indicate so. Surpassing 18 on the same check will indicate the PC that the totem was not created in a normal way, but surely with some extremely powerful magic.

A DC12 Intelligence (Investigation), or DC12 Wisdom (Survival) check lets the player know each totem’s head can be rotated separately clockwise or counterclockwise due to some markings on the ground and heads.

Evading the totem or not fully rotating all three of the heads makes the Feywild alter the environment around you. If you walk long enough leaving the totem behind to the point you stop seeing it, you will find yourself trapped in a loop by arriving again to the totem’s location. This magic is extremely powerful and can’t be dispelled until you rotate all three heads. Only those affected by the weeping face’s trance may get out of the area.

Dispelling the totem just ends the effect on one of its heads, starting from the top to the bottom one. Make as if each of the heads’ spells were 6th level spells when trying to dispell them.

Rotating all three heads makes a quarterstaff appear on top of it. This is the Staff of Fey Enchanting. The staff has 10 charges. Tapping the quarterstaff against the ground makes it use one of the charges to gain advantage on all Charisma skill checks and saving throws against fey creatures for a minute. After all charges are spent, it transforms into a snake and can’t go back to its original state.