D&D 5eHistory of the ClassesUnearthed Arcana 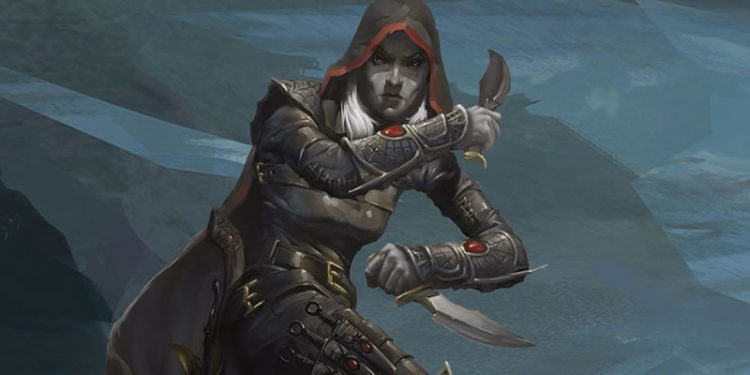 This week in Unearthed Arcana we have three new subclasses: two for the ranger, one for the rogue, and one for the little boy who lives down the lane. They’ve drawn themes from a 3.5e prestige class, a 2e kit, and… well, the scout is such a universal concept that pointing to the 3.5 class (or the 2e kit? I think there was a 2e kit?) as its origin is just incorrect. Maybe we point to Lord Baden-Powell and salute the irony of a rogue that is trustworthy, loyal, helpful, friendly, courteous, kind, obedient, cheerful, thrifty, brave, clean, and reverent.

First up is the Horizon Walker ranger archetype. To my knowledge, the first Horizon Walker was a ranger-oriented prestige class in the 3.5 DMG, but I’m not doing the legwork to be sure of that right now. Anyway, the original was all about taking Favored Terrain to its logical high-level extension. I haven’t heard about it becoming terribly popular with the fanbase, but feel free to add your stories in the comments. What does the 5e subclass offer?

So, wow. The Horizon Walker is one of the flashiest subclasses I have yet seen, which is a welcome change from the very low flashiness of the Player’s Handbook archetypes, and still outpaces the Unearthed Arcana variant ranger’s three subclasses by a fair margin. It has all the mobility, but it doesn’t have a lot of special offense or defense powers until 11th and 15th level. There needs to be a huge neon sign on this archetype that reads “Not Suited For Some Campaigns.” Because seriously, if you want to be able to put people in prison (without it being Azkaban) or avoid planar content, the Horizon Walker is not going to work for you. It’s also just weird to see such a high-magic ranger, in general. I don’t hate the Horizon Walker, but it’s an odd duck and I expect a deeply negative fanbase reaction.

If you have been looking for a ranger archetype that is a serious defender, look no further. Maybe you loved the Warden class from 4e (I didn’t see it in play that much, but it had interesting things to say), the Greenwood Ranger kit in 2e, or this guy. The Primeval Guardian riffs on the ideas of the Oath of the Ancients paladin, as well: transformation to defend the forest as a force of nature.

So yeah, it’s warden-y as all hell. Piercing Thorns is the only feature that isn’t central to the 4e warden design. It’s interesting that even on the day of release, Mearls says that Ancient Fortitude will probably see changes in playtesting, but hey, good to be up-front with internal expectations. It might deflate some of the fanbase’s tendency to get overheated with criticism. Or, you know, not. In general I like what I see here, though as with the Horizon Walker, it is unbelievably flashy compared to other ranger archetypes. It might be power-balance-neutral with the rest of the archetypes (hard to judge, and I’m not getting into it here), but it’s absolutely more rockstar to play, and that gives an impression that it is better.

This is the roguish archetype that is just a ranger in disguise, so we really have three ranger archetypes today. It’s one of the only times we’ve seen the same archetype name reused in a different class, since the fighter version of a non-spellcasting ranger was also called the Scout. I dunno, this is one of the places where there’s a small-but-vocal portion of the fanbase that will reject everything about the ranger until the class is rewritten from the ground up to not include spellcasting, but Mearls has made it superabundantly clear that that’s just not the direction they’re going. WotC tried it twice, didn’t like it, moved on.

I don’t like Ambush Master, because I don’t like dicking around with the initiative order after the start of combat. Other than that, the Scout is so simple and stripped-down that it feels like not much happens. It holds back on the really interesting stuff until higher level, but the rogue combat script is one of the most tightly established of all the classes. It’s tough to add much more than passive bonuses without breaking something.

On a more personal note, my long-awaited son was born on the 11th, so please welcome Avicenna Stoddard. (If you don’t know why Avicenna is a boy’s name, you’re missing out on one of history’s great real-life D&D characters.)