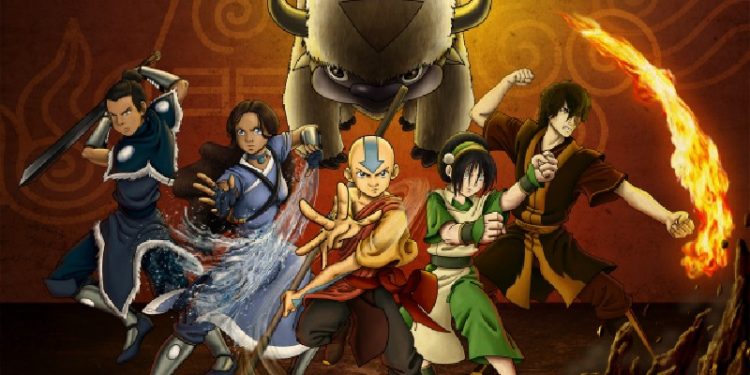 At last, after a month of covering a few other topics, we come to the conclusion of the History of the Monk, with its 5th Edition iteration. (Assuming someone doesn’t suggest another version that I really want to cover. My readers are a crafty lot.) Up to this point, edition over edition, we’ve seen a few substantial outliers like 2e and 4e, and some structural variants like 13th Age, but few classes stay as true to both a central concept and implementation as the monk has.

In this edition, the monk has been restored to its place as a core class in the (first) Player’s Handbook, as in 1e and 3e. The flavor text suggests that monasteries are a common, if secluded, feature of just about any D&D setting, so monks aren’t really all that exotic. At the same time, ki is still an essential part of the class, representing a magical force that flows through all living things. The change, then, is to assert that monks aren’t exotic.

Just about all of the feature names and all of the feature themes are familiar from earlier iterations, but the majority of the mechanical implementations have been tweaked. I like the great majority of what I see here. I like what I’ve seen so far out of the class in actual play. They get to a large number of attacks faster than any other class, though the fighter’s Action Surge passes them by at 11th level. It’s a worthy striker and off-tank, just based on the core of the class. Let’s see what goes on in the subclasses.

Way of the Open Hand

This is the traditional monk, picking back up most of the features that are missing compared to 3.x.

So like I said, ultra-orthodox, but eminently respectable. The worst I can say is that Open Hand Technique and Quivering Palm might be too good, but if so, it’s not a big problem.

Want to play a ninja? Want to see the other piece of my argument that 3.x shadowdancers were supposed to be monk-friendly? This is the place to be. (The flavor text calls out that “shadowdancer” is an in-world name for monks of this subclass.)

So yeah, I really like what goes on here. They trade the combat-heavy options of Open Hand for some great combat-avoidance and espionage features. If you finagle your way into thieves’ tools proficiency (maybe with a Background, feat, or the Training downtime activity), this is a great alternative to having a rogue – or a great partner-in-crime.

Way of the Four Elements

This subclass combines the various elemental benders from Avatar with tattooed monks. In principle, this is cool stuff, but the broad consensus is that it’s woefully underperforming because it just costs too much ki to use their cool powers. There are fan rebuilds of this subclass online that may be worth tracking down if you like the concept but find that it doesn’t stick the landing.

Since I’m not offering deeper numerical analysis here, you’ll kind of have to take my word for it (or the word of the rest of the internet in aggregate) that the Way of the Four Elements is flashy, but not up to snuff. Probably the easiest fix is to work out some form of ki regen outside of long rests. Even 1-2 points of ki regen when you roll initiative for the first time in an encounter might do the trick, but I haven’t studied deeply enough to find the issues with that.

Way of the Long Death

If you want to be a morbid death monk, if you just can’t get your gother-than-thou fix any other way, the Long Death is here for you. Don’t worry, your monk features still work in fishnets.

I think that death monks are a perfectly fine theme, but this implementation is just not good. There’s a lot of theorycraft that goes on with this subclass, but once you get to realistic use in the course of play, it doesn’t stand up. Do yourself a solid and play an Open Hand monk who wears a lot of eyeliner.

Way of the Sun Soul

This subclass gets some flak for being the Dragon Ball Z monk, but I’ve come around to being a big fan of subclasses that make D&D more appealing to people who started their geekdom in another IP. (As you know if you read my Tidal or Winter Kin sorcerous origins, which are Disney as all hell and proud of it.) Anyway, this is the radiant energy answer to Long Death’s necro-monk and Four Elements’, er, four elements.

It’s hard not to read the Way of the Sun Soul as course-correction for regrets related to the Four Elements monk. The central question is whether it goes far enough. The other unusual thing here is that it’s a monk that wants to change it up between ranged and melee, since Searing Arc Strike is only really worth doing if you’re within melee range or one square further of a bunch of dudes. I haven’t seen it in use, but I think there’s a fair argument that it still falls short.

Overall, I would say that the monk has finally gotten somewhere in shedding its exoticism, finding itself as something more purely fantastical. The very existence of subclasses carries a lot of water there, emphasizing various possible faces of the monk in a setting. I also think this is the most successful mechanical interpretation, though 13th Age still gets top marks for being a totally different approach.

I’ll also take this opportunity to plug two of my own creations, the Way of the Silver Chain and the Way of Lost Souls. The first takes the monk’s astral projection and moves it to the center of the class (and supports the hell out of githzerai in the meantime), while the second puts another spin on the ki that flows through all living… and previously-living… things.

Thank you for your patience with my corrections.