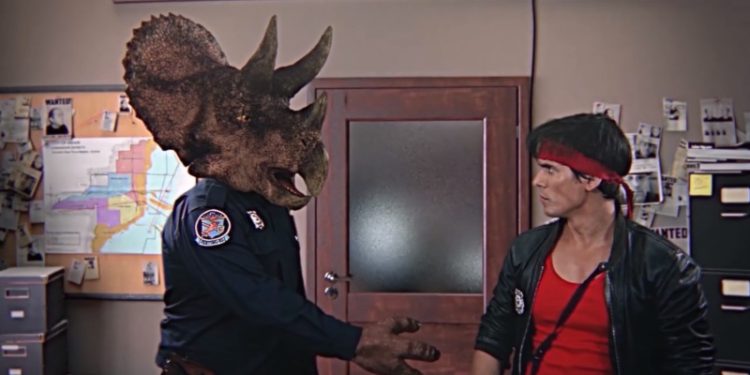 As we have another week without Unearthing any Arcana, I can at last return to our discussion of the monk class in D&D. Today I’m looking at AD&D, Second Edition, and like all even-numbered editions, the monk is not a core Player’s Handbook class. I’m not really sure why, except that it was always a dodgy fit and 2e, especially in the DMG and the Complete splatbooks, shows way more Eurocentrism than any edition before or after it. (The other editions are still Eurocentric, they’re just colored with Gygaxian naturalism, American meritocratic ideas, or other media influences to a greater degree.)

This is one of the few Complete splatbooks of the 2e era that I didn’t own, and I always had sort of an odd relationship with it. I’d thumb through it at the store, read its mechanics for building variant clerics for each portfolio, and bounce off, because they are universally worse than just playing a Player’s Handbook cleric… something that people already mostly did not want to do. I’m not here to talk about the cleric today, but 2e’s first iteration of the monk is the Fighting-Monk kit, which modifies the cleric class.

As a spellcasting class, albeit a somewhat constrained one, this monk is way out in left field compared to everything before it. It does manage to feel more like clergy than other monks, for the same reason. Anything that hangs on the mechanics of punching, wrestling, or martial arts in 2e is off to a rocky start, and the rest of the Fighting-Monk’s mechanics are… regrettable. On the other hand, we have several more efforts at a 2e monk to talk about today, so buckle up.

Man, I was a dedicated collector of Forgotten Realms material in the 2e and 3e eras. Faiths & Avatars covers basically what it says on the tin, and includes a bunch of extra Priest classes. (Quick reminder: in 2e, Priest is a parent class that contains cleric, druid, and monk; F&A adds crusaders, mystics, and shamans. No one’s actual character class is “priest.”) As an aside, the text of this book is particularly small and annoying to read – this was as true when I was a teenager in thick glasses as it is now that one of those descriptors has substantively changed.

The monk class of Player’s Option: Spells & Magic is a reprint of the F&A monk, in case you’re wondering. What I see here is in line with most of what the descriptive text promises: a jack of all trades, master of none. What it doesn’t do is any of the infiltration that it promises (no stealth or improved perception), and I hope you’re really into shining in rare moments, because your spell list doesn’t want to do you a ton of favors for meat-and-potatoes spells.

I wouldn’t even have known about this one, but for the efforts of an alert reader. Yeah, I’m drawing on a video game for a 2e class.

It’s hard to miss that this is a best-parts version of years of tinkering (BG:EE came out in 2014), at least when it comes to theme. Porting it back into a more “pure” 2e is prohibitive, as it substantially outclasses most anything else in the core game; as far as I see, the only serious issue is surviving long enough to get your AC to improve. I haven’t played BG:EE, so I don’t know how the monk stacks up against other classes in its own environment.

There is one more official 2e monk writeup out there, in The Scarlet Brotherhood, but as the hour is late and the article already extensive (and covering TSB’s version would greatly expand that), I’ll simply say that it is one of the only versions to draw on Philip Meyers’s monk from Dragon #53, and the presentation of class features visibly presages 3.0 – The Scarlet Brotherhood came out in 1999, and its creative team is well-known to any 3.x or Pathfinder fan.

One striking note here is that this class is specifically for Suel humans of the Scarlet Brotherhood, and they must be lawful evil – suddenly the high-level progression duels make a lot more sense. Overall, and in contrast with everything else in this article, TSB’s version draws deeply from all of OD&D’s and 1e’s monks, even when those mechanics don’t make a ton of sense. In so many ways, this is the only 2e-era through-line successor to earlier monk classes.

Taking all of these versions together, what I see is a clash of ideas around the monk’s nature and how to fit it into D&D settings. Some versions invoke its precursors and reject trying to fit, while others draw in Western contemplative mystics and imagine them as still stranger unarmed warriors. The Scarlet Brotherhood is the thematic success of the bunch, as it folds monks deeply into setting lore and lets interesting ideas sprout out of that – a model that 3.0 Forgotten Realms will make every attempt to duplicate, with what I (spoiler!) regard as mixed results.

Using Factions in Your Campaign