ClassesD&D 2eHistory of the Classes 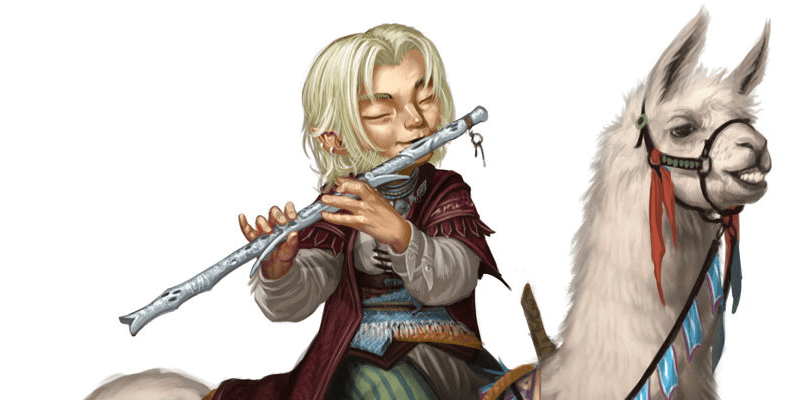 This time out, I’ll be writing about the Bard of AD&D, Second Edition. The bard of OD&D started as a magical and thiefly dabbler, loremaster, and diplomat, and grew into a quite potent magic-user. The 1e bard is an end goal to be attained, and is the result of dabbling in fighting and a little light crime (the thief class, that is). It leads to druid spellcasting, hyper-fast leveling for a little while, and more lore/charm stuff. It’s a very potent class, justified only in the extraordinary unpleasantness required to achieve it – but it’s the only way in the game to get 7d10+11d6+(Con bonus x 18) hit points. Assuming a +1 bonus from Con, which is I think pretty conservative if you know enough to maximize the benefit of your choices, you’re talking about an average 94 hit points at Bard 11 (requiring a total of 340k XP, equivalent to midway through Fighter 9)… yeah, it’s brutal to reach but bizarro-potent if you manage it.

Okay, somehow I regressed back into a point I meant to make in my previous post. Let’s move on with our blogging lives, shall we?

The bard of Second Edition returns to the OD&D concept, the Grand Dabbler. With 2e’s focus on parent classes and subclasses, the bard falls under the aegis of the Rogue, of which Thief is the other option. This is a really big deal because it uses the Thief’s laughably rapid XP chart. It’s hard to see the power-gaming appeal of the Bard if you’re not thinking about 2e’s XP charts, but if you can get through 1,250 XP worth of adventuring, you’re well on your way toward Easy Street. Suddenly you have 2d6 + twice your Con bonus in hit points, which has quite a tolerable chance of exceeding the Fighter’s 1d10 + Con bonus, up until the Fighter reaches 2,000 XP. The bard also has as many spells per day at that point as the generalist Wizard does, until the Wizard reaches 2,500 XP.

Oh, right. It takes 15 Con to get a +1 hit point modifier in 2e. I’m guessing that a LOT of Bards, and a decent number of Fighters, don’t have a spare 15 or better lying around to put into Con.

But wait! At 2,500 XP, the Bard levels again, jumping ahead of the Fighter again (quite possibly, anyway), and catching back up to the Wizard’s spellcasting. The XP charts are weird enough that the Wizard briefly catches up with the Bard, in the 7th to 9th level region, but then the Bard takes off again, as the Wizard has to almost double his lifetime XP earned to go from 9th to 10th. In the end, the Bard reaches 20th level 50,000 XP before the Wizard reaches 16th level. Even the Wikipedia article on Bards points out that the 2e class is great for level-dependent direct damage spells, because they’re so much higher level at the same XP totals. (If your class’s power balance issues pass the Significance Monitors of Wikipedia, you might have a bad problem.)

The Bard’s dabbling in Thief gives them four of the Thief’s percentile abilities – Climb Walls, Detect Noise, Pick Pockets, and Read Languages. I’d suggest that these are not the most desired of Thief abilities, but I could be wrong. Beyond that, they can:

So what is this class? It’s a wizard for people who don’t mind trading the highest spell levels and a bit of their staying power for a little extra survivability. All other things being equal, the Bard will have an average of 20 more hit points at 20th level than the wizard does, and will get to 20th level a hell of a lot sooner, and (probably) has a better AC in the early, vulnerable levels. There’s a raft of other class abilities, but most of them are in the category of “yeah, I might use that a time or two” rather than “bread-and-butter.” The Rogue THAC0 progression is just good enough to make Bard players think weapons are a good idea, but my guess is that after the earliest levels, weapons are a bad bet. The Bard’s key drawback is its hefty dependency on high ability scores – a minimum of 12 Dex, 13 Int, and 15 Cha, but realistically you need a bit better Int if you want to pass those Chance to Learn Spell percentile rolls. (This is another reason Bards are ill-suited to melee – no spare high scores for Strength bonuses.)

Because it’s 2e, there’s also a Complete Handbook for the class. Now, what that apparently means is that the book reprints every detail that could apply to the class, and some extrapolations thereof, to make absolutely certain to make sure you don’t need to reference the Player’s Handbook during play. I’m saying there’s some filler, including some truly godforsaken Kits and what the book calls “demi-bards.” (Not actually a feminine undergarment. Demi-bard, noun. A scurrilous workaround for a misbegotten rule restricting the Bard class to humans and half-elves. One bad idea and one dubious “solution” do not get together to make beautiful rules-babies.)

The kits offered here range from the Insensitive Stereotype (Gypsy-bard) to the Blatant Ninja One (Blade) to the one that is a marginal power increase with no drawback, and exists only to keep up with the egregious power creep of the rest of the book (Loremaster). They more or less operate within the existing themes of the Bard class, with one that is more like a druid (Meistersinger), one that is French (Jongleur), at least two that are Batman villains (Jester, Riddlemaster), and so on. Oddly, none of them focus on the Celtic theme called out in the Player’s Handbook text. It can be tough to figure out exactly how good many of the kits are, as the drawbacks are often buried in the Weapon Proficiencies or Armor/Equipment fields.

Others are hard to judge because they’re predicated on some wild guesses about how individual DMs run the game. Here I’m thinking of the Riddlemaster, whose “Riddles/Puzzles” ability boils down to providing a benefit of some kind whenever the character attempts anything that could be called a riddle or puzzle, varying according to the challenge. On the other hand, their “Common Sense” ability is “+1 to almost every roll you could get a +1 to, and AC.”

The demi-bards, then, are race-locked kits that make more drastic changes to “allow” races other than humans and half-elves to be bards. Prior to 3e, D&D had a cosmological law that dwarves and halflings couldn’t wield arcane magic, and gnomes could only wield such arcane magic as was allowed to illusionists. There were a whole lot of reasons for this, but they all came down to D&D enshrining one cosmology in its rules and creating various minor hurdles to homebrewing something to the contrary. Real Bards in 2e are arcane casters, ergo no dwarves, halflings, or gnomes; if there’s even the most handwavy of reasons that elves can’t be bards, I’m sure I don’t know about it. Seriously, their Player’s Handbook racial writeup touches on songs, poetry, or related adjectives six times in three paragraphs, which just about gives the actual Bard class writeup a run for its money.

The rest of the book includes new non-weapon proficiencies, because what the gaming community cried out for in the wilderness of 1992 was a way to make their characters more proficient whistlers and hummers. From there, new spells follow, and new magic items, and new magical instruments, including making elven minstrels even better with some of these bard-directed magic items than actual bards. It was the 90s, elves were still just better.

Did you think we were done with 2e? They had ten years to write content for 2e, folks, and they were nothing if not prolific. I’ll keep this one brief, though. Skills and Powers is all about letting you convert your class and race abilities to a point-buy model, because it was 1995 and, frankly, we have all at some point had to prove to ourselves why this is not a good idea.

For the Bard in particular, the point-buy options presented here are a missed opportunity. The class has a lot of thematic instability, which should open the door to a whole lot of options that play to one particular theme or another. Instead, there are a small number of abilities you can take to improve your saving throws against charms or sonic effects, and you can gain a permanent detect magic. To buy any of these, of course, you’d have to sacrifice a much more iconic and thematic class ability. There’s one standout, though: Animal Friendship. You’re going to let me dump, say, Counter Effects, in exchange for which my Bard is suddenly a pet class? Go on…

Also, for some reason, the Bard’s spell progression is valued no higher than Pick Pockets. This hurts me deeply, now that I have a better understanding of just what makes the Bard excel.
Whew! That’s it for this round of the history of the Bard class. Next time: 3e and beyond.