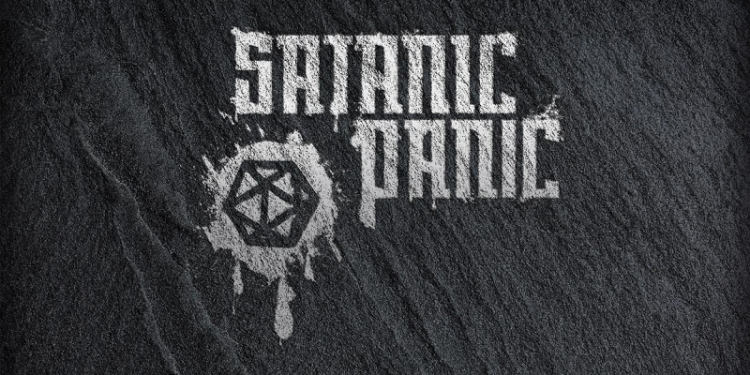 Third Act Publishing brings its next RPG to the hobby with a crowdfunding campaign for Satanic Panic, a game about fighting against the evils of tabletop.

Third Act Publishing, the company that published Reflections: The Game of Dueling Samurai via Kickstarter last year, has launched a new crowd funding project for Satanic Panic. Third Act Publishing sets to raise $10,000 to fund the development and production of this game. 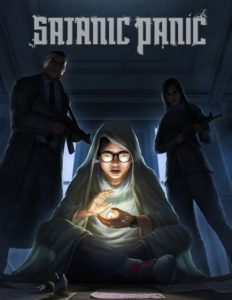 Satanic Panic is a tabletop roleplaying game set in the fictional 1970’s and 1980’s where players take on the role of secret government agents tasked with combating the evils of tabletop. The players work as a team with the common purpose to contain, control, and eliminate the threats to our world. They must complete their mission while keeping the truth from the public, lest a panic ensue.

Upon a successful Kickstarter campaign, the game will be a 200-page hardcover book with everything needed for a GM and 2-6 players. It is designed so the game can be played as a traditional RPG campaign or in an episodic fashion with different arrangements of players from session to session. Satanic Panic brings modern game design principles to traditional tabletop game play. It gives the players all the power they need to fight against the forces of evil while making their every decision have long term consequences.

“The setting for this game is inspiring enough, but the mechanics that we developed are something else.” Jim McClure, co-owner of Third Act Publishing, says. “I get excited every time we go to the table to playtest this game. I want this funding campaign to succeed just so this book can be in my own library.”

Third Act Publishing is a game design company founded in 2015 by Jim McClure and Jim Merritt. Their goal is to bring unique games and unique design principles to the hobby of tabletop roleplaying games.

Known for his podcast Talking TableTop, Jim is well recognized for being a vocal proponent of RPG as ‘the highest form of art known to mankind’. Jim is the co-founder of Third Act Publishing, a game development company that highlights the potential of RPGs as a medium for storytelling. Of all the games Jim has designed, Satanic Panic is the project he is most excited about.

Jim Merritt is the other co-founder of Third Act Publishing. Jim (as opposed to GM Jim) has a background in graphic design, web design, web development, illustration and content creation. He really enjoys the potential for systems and experiences allowed through game play. Jim jumped into the design of Satanic Panic with both feet and has brought his unique design sensibilities to this project.

Full Time Bookseller, Part Time Belly Dancer, not often enough fighter for justice! When she is not performing, cosplaying, or gaming she enjoys writing, crafting, and painting. She is a recovering bookaholic, and a 2nd degree black belt in Kung Fu. Emily is a writer, play tester, designer on Satanic Panic.

The Satanic Panic Actual Play Series on the One Shot Podcast Network
http://oneshotpodcast.com/category/podcasts/satanic-panic/