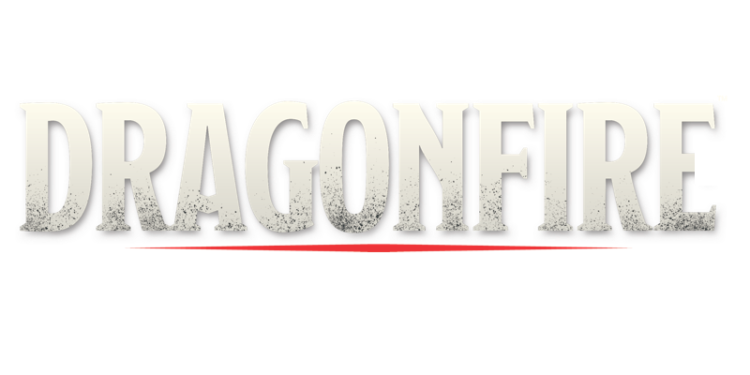 Press Release: Catalyst Game Labs is exceptionally excited and honored to publish Dragonfire, a cooperative deckbuilder game based on the Dungeons & Dragons roleplaying game. Dragonfire combines the vast lore of the D&D universe with the fast play of a deckbuilding game. Players choose from several classic fantasy races, from dwarf to elf, half-orc to human, and assume one of the quintessential roles of cleric, rogue, fighter, or wizard. Equipped with weapons, spells, and magic items, players begin their adventure along the famed Sword Coast, then journey to other Forgotten Realms locales, such as Baldur’s Gate, Neverwinter, and Waterdeep, in future expansions. Along the way, they can level up their characters, find additional equipment, learn new feats, and much more. 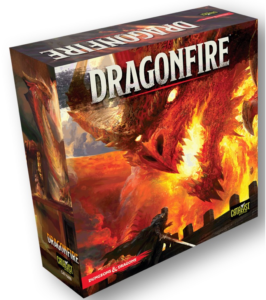 Dragonfire is built on the award-winning, critically acclaimed Shadowrun: Crossfire game engine. Crossfire’s roots are in Shadowrun, one of the most enduring roleplaying settings of all time. Adapting that engine to Dungeons & Dragons is an exciting opportunity to build new ways for players to experience both quick adventures and long-term campaigns in this legendary high-fantasy setting. And at every step, Catalyst has worked hard to remain true to D&D lore. When players open a copy at the table, regardless of what they enjoy playing—RPGs, deckbuilder games, or both—they’ll find a complete box of fun.

“Developing Dragonfire has been an amazing endeavor and a new high-mark for all of us at Catalyst,” said Randall N. Bills, Managing Developer of Catalyst Game Labs. “Like so many in our hobby, the first immersive game I played was D&D. To have the opportunity to add to that immense and amazing body of work…I’ve sat back several times in the midst of piles of D&D books and huge spreadsheets and just marveled at what we’re doing with such a storied game. If that’s not enough, the team at Wizards of the Coast has simply been fantastic to work with, helping ensure that we remain true to the world of D&D itself, but never at the cost of the overall game design.” 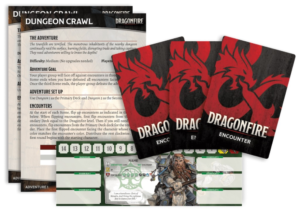 Look to www.dragonfirethegame.com in the future for more details on Dragonfire!