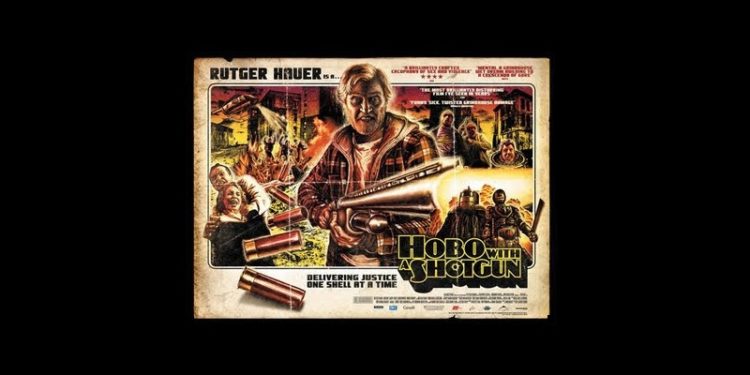 What happens if you find yourself in a gaming group that is just full of Murder Hobos? I find that it is more common when I play now, that I did many-many years ago. Especially in organized play D&D games. And with only one “Leeroy Jenkins” in the group, it can make a session end rather abruptly, but memorable. 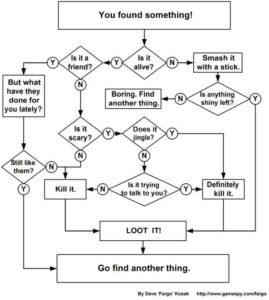 So, What exactly is a murder hobo? The label comes from the fact that player characters are homeless & nameless strangers that travel from town to town, living out of their backpacks. And their default solution to any problem that they may encounter is to kill everything and collect the treasure. They just kill everything!

But is this all the player’s fault? I don’t think so…

I started to think about other examples for games that use solving problems with combat and then collecting treasure. That would be the majority of digital game that is out there. Combat encounters makes everything very linear and easy to arbitrate. Your character either wins, or dies. Then the game takes you to the next combat encounter, maybe with a little fluff, like a puzzle or key to unlock in-between. And this is the gaming style that they have enjoyed for the past few decades. And people do enjoy it. It seems to be fun. And the proof is that the marketplace has continued to create games that cater to Hack & Slash genre.

Is it really Anyone’s Fault??? If you are the Dungeon Master/Game Master/Judge, then you are setting the world stage for your game. You setup all the encounters and interactions. You may even be setting up terrain, miniatures, and 3D models on the table. You are going to all that trouble of miniatures and a 1 inch square playmat, wet-erase markers, initiative trackers, because you are creating a game that focuses on combat encounters. And because of this, I think that you are also promoting the Murder Hobo agenda. You meticulously create Combat encounters that are balanced for the level of the characters. Balanced encounters – a combat for their level that the players will be able to defeat. They never need to run away, negotiate, beg, plan, strategize, bribe, parley, hire mercenaries, or regroup. They can typically walk into any combat situation and defend themselves, and 95% of the time are victorious. Because you have placed Balanced encounters into their path.

And for organized play games we are asked to make these same level appropriate encounters, “Don’t make the adventure too easy or too difficult for a group. Never being challenged makes for a boring game and being overwhelmed makes for a frustrating one.” The players are almost assured that they will be able to go on their Murder Hobo spree without many consequences. And this is a lot easier because most of the time they have no real roots in the organized play game world.

So for me, I find the murder hobo style of play neither good or bad. It’s just a different way of playing the game for those that love Hack & Slash! And if I want a game that goes a little deeper into the roleplaying aspect, then I will run the game. I will set-up the world, and limit the option for combat encounters, or make the consequences of blindly jumping into combat costly. It doesn’t always turn out the way I envision, or limit the combat encounters. But I don’t think it promotes the Hack & Slash style of play, and helps the players plan and prepare for those big combat encounters that will eventually come about.