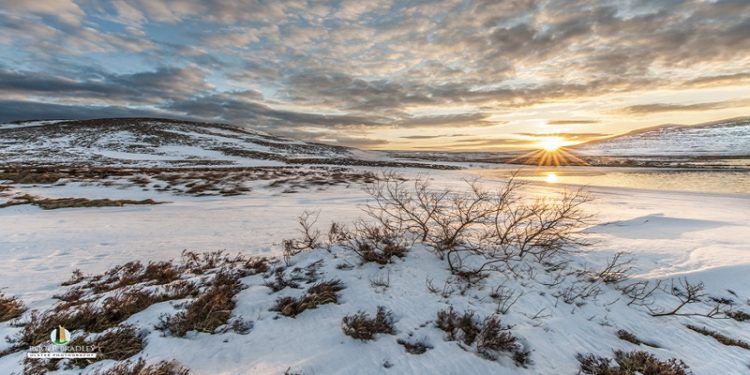 (Author’s note: I know I promised more on pollution next time, but was wanting to give the topic a break. There will be another article on the topic at some later point, maybe even next week. In the interim, this is another piece in my world-building articles that I wanted to write for you on the Cold Gate Clan. Enjoy!)

The Cold Gate clan resides on the tundra of the far northern frontier, in an area known as The Great White Expanse, which consists of tens of thousands of square miles of tundra, icebergs, and ice floes. To the south, it is bound by the Northern Cap Mountains which helps to contain the cold. But this was not always so.

Many years ago, an immense cold front emanating from The Great White Expanse swept over the mountains in the middle of summer, killing everything in its path. It killed crops and trees. It killed both domesticated and wild animals. It killed quite a few monstrous races. It also killed civilized races. Its killing was indiscriminate. After a magical investigation occurred, and it was determined that a gate to the plane of ice was left open, and all the cold energies were leaking out of the plane into this dimension, causing it to get deathly cold. It also was determined that if left open, the cold would not only continue, but would become worse and worse, until their world was just another part of the plane of ice.

An expedition was formed to shut the gate formed. The trek to get to The Great White Expanse was not only difficult, but dangerous as well, and quite a few of the expedition was killed off en-route to the gate. When they got there, the gate had been open so long that it started to warp reality itself, freezing the moisture in air around the gate as a solid plane around it. As they approached the gate, an ice elemental dragon emerged through the gate. As a result of the battle with the ice dragon, the gate itself was damaged. When they went through the ceremony, the gate initially did seem to close, winking out of existence. Unfortunately, as the gate was closing, the gate itself shattered into innumerable shards, which now appears throughout the area at random intervals, which opens releasing not only bitterly dangerous cold, but also ice elementals as well.

In seeing the danger to the rest of the world, the expedition’s survivors made up the initial Cold Gate Clan. Determined not to let the cold leech into the rest of the world, they became an eternally vigilant watch force that confronts the dangers of the cold and shuts down the gates as they form. How they do this is they have created artifacts that detect the gates forming, which tell not only where a gate is, but how large a gate is, and how likely something dangerous is to come through it as well, that way if there are multiple gates open at the same time, they can take care of the larger, more dangerous ones first, and leave the smaller ones. If it’s truly small (a pinhole gate), it may take them quite some time to get around to closing it. However, because of the dangers associated with them, even a gate as small as a pinhole will need to be dealt with eventually because, if they don’t, it could become a larger problem over time, as eventually they grow in size.

The clan accepts any who hear of the tale and are truly willing to stand as a barrier between the cold and the rest of life. Therefore many abused, neglected, and abandoned people have joined their ranks. This ragtag group made of castoffs and misfits are a hearty people, shaped by, and, who in turn shape, the very landscape of the tundra where they reside, as each bring unique skills to the group, which helps it to survive and even thrive. Those who join are geased to fight the encroaching cold, beating it back from whence it came, in whatever form it appears, lest they fail in their duty, it will take over the entire world.

Dangers of The Great White Expanse 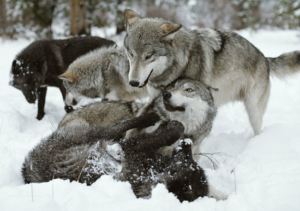 terrifying. Frostbite and hypothermia are constant dangers. Those unprepared to face such temperatures, even without such factors as wind chill, can die in as little as two hours. With a bit of minimal preparation, survivability can increase to double or more. When one takes the wind chill factor into account, those who are unprepared can die in an hour. During a gate formed an ice gale* it can kill a person not properly protected against it in mere moments. Even those who are protected from the cold have sometimes died because they weren’t prepared enough. It is said that the spirits of those who died due to the ice gale are captured by it, and every time it kills its victims, it gets stronger, but as to the truth of these matters, only those who survive them know, and they refuse to speak openly of it.

* An ice gale is a whiteout of such ferocity that it prevents movement due to the amount of stinging, blinding, snow whipping about due to gale force winds. It saps warmth, makes breathing difficult, and makes ranged attacks virtually impossible. Think of a sandstorm, but the environment is the snow. They can appear suddenly and without warning, and have led to many deaths over the years due to the victims being unprepared for the assault. Some who have lived to tell the tale have even claimed in hushed voices that there are spirits flying around gales of past victims.

Unfortunately, the unnaturally chilly climate isn’t the only danger in The Great White Expanse. The ice and snow itself can hold hidden dangers which can be detrimental to even the most experienced of the Cold Gate Clan.

The first of these dangers are ice bridges. Even if they seem study, there can be weaknesses which cause it to break when being crossed. Furthermore, even if they don’t break, they can slide loose, sending anyone unlucky enough to be on them to the depths below. 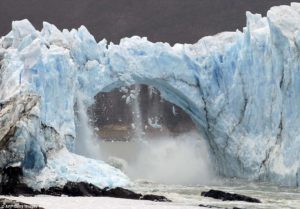 Another danger is the deceptive nature of the snow itself. Even snow that seems to be solidly frozen in place can cause an avalanche if jarred with motion or sound. The snow can fall in sheets to cover crevices or holes. It can be light and powdery enough to cover changes in elevation and cause the unfortunate victim in half a moment. And even if it might not seem it initially, the snow can be slippery, causing the unwary to slide to their death.

A final set of dangers is related to the ice itself. Icicles form, but on a rare warm day, they might fall onto those unlucky enough to be beneath them. There may be other monsters that break them off and throw the icicles to distract while they make their escape or as a form of defense. Even in a land perpetually covered in snow and ice, doesn’t mean that the ice is strong enough to support people walking on it. Neither does it guarantee that if one decides to climb it, that it will support the climber’s weight.

In addition to the dangers presented by the snow, there are roaming bands of wolves, which are attracted to the wandering herds of caribou. There are also occasionally individual or families of polar bears, groups of penguins and flocks of albatross. In seaside areas there may even be seals or whales. The presence of these animals can be more dangerous than one might think, as their mere presence can attract other monsters, not to mention the animals themselves have been known to attack or steal from those in the Expanse. Among the monsters found are: ice golems, ice elementals, hoarfrost kraken*, white dragons, wandering bands of cold ones**, and the occasional rehmoraz also inhabit the area.

* Hoarfrost Kraken are octopod creatures which “swim” underneath the snow’s surface. If startled or hungry, it attacks with a cloud of breath which leaves icicles on the victim’s clothing, slowing them down due to the intense cold, making them an easier snack for the Kraken. Use a regular Kraken with maximum hit points, change its nature to cold, and give it a breath weapon

** Cold Ones are zombie like creatures that died of the cold and through sheer force of will did not stop moving, 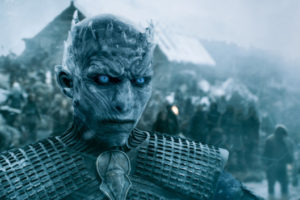 though they are not truly alive either. Their eyes glow with a cold blue hatred of all life. Despite their disheveled, frosty appearance, they can move quite quickly. Weapons that strike them have a chance of shattering on contact, as the extreme cold makes normal weapons brittle. Scholars think that in exercising that level will over their corporeal form, regardless of who or what they were before, they developed a connection with one of the gods of the cold, and in exchange for their souls, they are able to keep physical form. Due to their cold nature, they are deathly afraid of fire and fire magics, and take double damage from it. Anyone slain by a Cold One will rise as one, within a round of the slaying under the control of the one that killed it. Use the stats of a ghoul/ ghast with maximum hit points, but give it a bonus to its speed, as well as the brittling of weapons as an ability, and take away its flesh eating nature and stench, and give it a vulnerability to fire.

Others in The Great White Expanse

There are a few other clans that live in The Great White Expanse, most notably:

Despite being a roving band of misfits and outcasts, doesn’t mean that the group is as lawless as one would think. The idea behind how they do things is survival of the fittest. If you can’t keep up with them or you don’t have useful skills, you’ll be left behind, no questions asked. If a person commits a crime, they’re put on notice and watched. If anything of the sort happens again, they’re stripped of all gear that helps them to survive and let nature take its course. If they live or die, it’s based on their own willpower. Some whisper the first cold ones are the results of criminals being cast out to die, but there is no proof for that hypothesis.

Because of the wide and varied nature of the people who make up the Cold Gate Clan, so too are the beliefs of those people. A wide variety of faiths are represented, but most, if not all of them deal with the concepts of keeping the balance in the world, standing as a force to keep out the evils, and protecting those that they love.