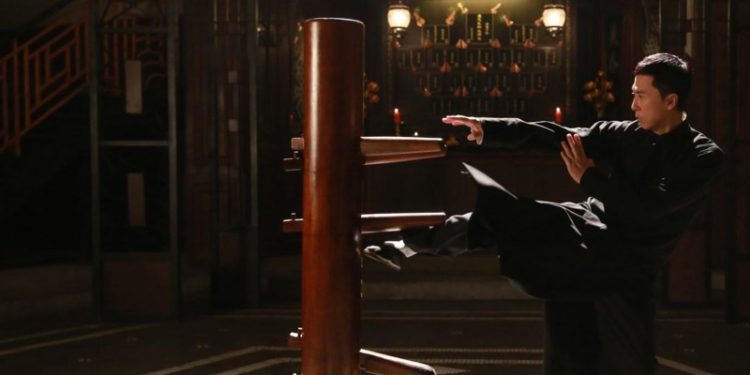 After a hiatus of more than two months, welcome back to the History of the Monk Class. Last time, I covered 2e, which has an awkward and widely varied approach to the class. I think that for a lot of the D&D fanbase, if they didn’t start during 1e, 3e was their first time seeing the monk class (I mean, 3e was a lot of people’s first D&D experience… just like every other edition). Even if not, 3.0 presents the monk as a core class – core part of the fiction, really – much more than 1e did. My point is, I think this is the monk that shaped a lot of imaginations about the class.

The meaningful change to monk theme, at least as compared to 1e, is an opening, blanket statement that “Dotted across the landscape are monasteries…” So even though human monks are going to get drawn as ambiguously ethnic, they are from the same lands as white human characters of other classes. These aren’t wanderers from afar, except possibly as transplants of a past generation. I… don’t actually hate that, it is FR canon for the people of Shou Lung, and it’s important to learn and remember that classical, medieval, and early modern Europe had way more contact with Africa, Asia, and ethnic groups from those places than legend and popular memory suggest. Thanks, conscription policy in late Imperial Rome! Thanks, Silk Road!

Anyway. The point is, this text bluntly changes the default D&D setting in a way that theoretically FR started supporting late in 2e, but has always struggled to get full fan buy-in on. But let’s get to those mechanics… because those are going to look really familiar.

Holy geez is that a lot of features. This is basically a progression from “martial artist” to “untouchable by almost any form of harm” and “ignores every kind of boundary, from walls to language to time.” In this it looks only slightly changed from some of its precursors. The monk has some of the flashiest superheroics of the whole edition specifically because it flows seamlessly from the character. It meshes poorly, though, with the only-move-when-you-gotta dynamic of the 3.x action economy. Its first few levels are not great, because while it ends up untouchable, it starts off very fragile indeed. Also, a lot of monk-directed prestige classes in 3.0 are raw deals that halt the progression you care most about – that precious unarmed strike damage.

There are no thematic changes to see here, and I’m only listing the things that change mechanically in this list.

And that’s pretty much the ballgame. There are, frankly, enough prestige classes for the monk in 3.5 that I can’t begin to tackle all of them. This iteration is a bit of course correction through playtesting, rather than anything meaningful, also opening the door to some new minor variations.

This is already a fairly long article, but let’s see if I can get the two Pathfinder monks in as well, because they are still mostly close to the 3.x baseline. I’m starting with the Original Recipe PF monk, and I’ll handle Extra Crispy below.

Because it’s PF, there are a vast array of alternate feature options, racial variant options, and so on from Paizo and third-party publishers; if you squint, they all wind up looking like 2e kits or 5e subclasses. There’s no significant venture outside the general conceptual space of the monk going on here, just a lot of different ways of touching on either unarmed combat or Asian myth, legend, and martial arts traditions. Mechanically, this is pretty cogent, and the ki pool here looks a lot like DNA that’s going to feed back into 5e. (Obviously, I can’t say who came up with what or why.)

And now for the Extra Crispy. As we all know, the PF RPG Core Rulebook came out in 2009, and by 2015 some things were looking a little long in the tooth. Barbarians, monks, rogues, and summoners received a new “Unchained” variant, intended to streamline gameplay and make it all more manageable. Let’s see what became of this.

As I’ve suggested in the bullet points, this is a more explicitly physical monk, while also offering a wider variety of mystical features. It is not unlike building a fighter mostly around things described like called shots. The Style Strikes are more visually specific (for better or worse; the more you specify, the more you risk an immersion break) than, say, a Battle Master’s maneuvers in 5e. Fine-grained customization is Pathfinder’s stock in trade, and the unchained monk is a superior packaging of those choices to the original PF iteration. Overall, even the unchained monk clearly still has a very strong connection back to its 1e kin.

Next time in the History of the Monk, we’ll get into the incredible weirdness of the 4e monk, to which I have so frequently alluded in this column.