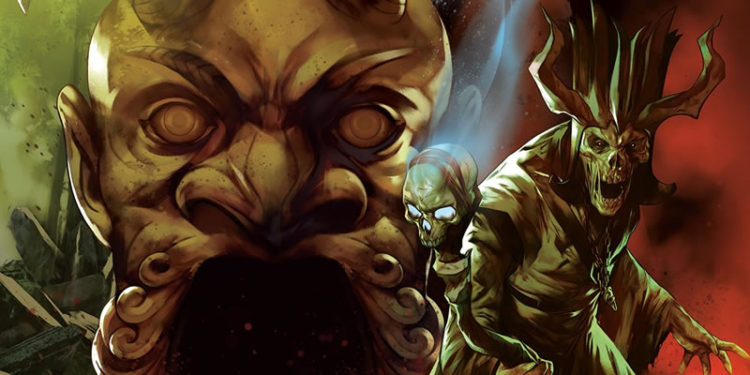 During the Stream of Annilhilation event this weekend in Seattle, Wizards of the Coast announced Tomb of Annilihation, the new storyline for Dungeons & Dragons which will be out in stores this fall. Tomb of Annihilation has players hacking through the jungles of Chult (which are full of undead, dinosaurs, and even undead dinosaurs) to find a legendary artifact to end a death curse.

From the Press Release:

Tomb of Annihilation kicks off with the discovery of a curse that’s afflicting people who have been raised from the dead. Their bodies are slowly deteriorating – skin, hair, and flesh falling off their bones. Strong divinations point to the source of this curse in the jungle peninsula of Chult, a rich land filled with evil snake people, flying aarakocra and pterafolk, and the remains of a vast army of the undead. Adventurers tasked with stopping the curse must travel to settlements such as Port Nyanzaru to secure guides to lead them into the dense jungle. At the end of the journey, a horrifying villain awaits with a familiar visage. Will you survive? 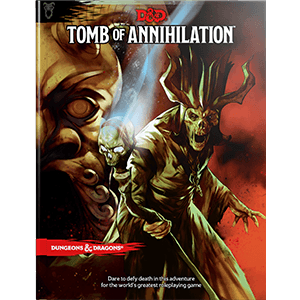 Some details about this new product:

From the Official Product Page:

Dare to defy death in this adventure for the world’s greatest roleplaying game.

The talk of the streets and taverns has all been about the so-called death curse: a wasting disease afflicting everyone who’s ever been raised from the dead. Victims grow thinner and weaker each day, slowly but steadily sliding toward the death they once denied.

When they finally succumb, they can’t be raised—and neither can anyone else, regardless of whether they’ve ever received that miracle in the past. Temples and scholars of divine magic are at a loss to explain a curse that has affected the entire region, and possibly the entire world.

The cause is a necromantic artifact called the Soulmonger, which is located somewhere in Chult, a mysterious peninsula far to the south, ringed with mountains and choked with rainforests.

Xanathar’s Guide to Everything – Preview