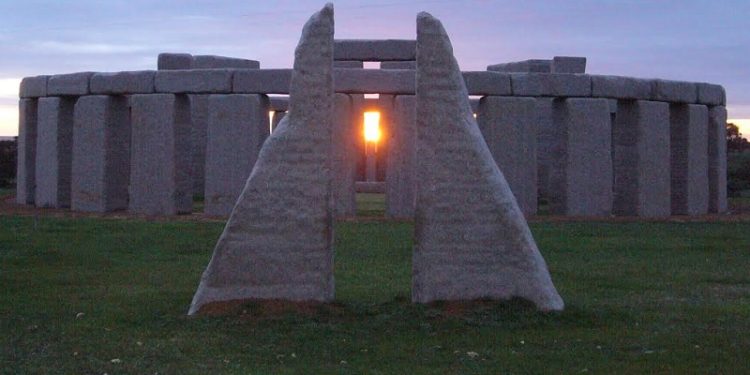 (Author’s note, just because this article repeatedly cites locations on the earth, does not necessarily mean that these concepts aren’t applicable to other campaign settings, or could not be a campaign setting in and of itself)

The Ways are an interconnected system of interdimensional passageways connected via portals or gateways throughout the known world. These gateways open to passageways allow the users to quickly get from one location to another, but not without great danger to themselves. Unfortunately, to the uninitiated, in order to access these portals it takes research, and each of these portals has a unique key to be able to use them.

These gates are built on what are known as ley lines. To the uninitiated, ley lines are mumbo jumbo, but to those who know how unlock their riddles, are able to fathom their mysteries, and can delve into their enigmas in order to tap their enormous power, these locations can access the power of the ages. Ley lines are lines of power where magic coalesces. Where ley lines cross or merge, you can get ley nodes. Leys in your world can be either evenly distributed throughout the planet or in some sort of geometric pattern. If a magic user knows what they’re doing they can even move them, but at great risk to themselves of burnout.  In the real world, such places would be Stonehenge, the Aztec ruins in Mexico, the Statue of Liberty, Mount Rushmore, and the 7 wonders of the ancient world, as well as volcanoes, massive bodies of water, and the like. In your world, the gateways into The Ways should be important for some reason or another. These reasons can be: 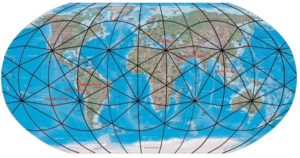 In addition to accessing The Ways themselves, these gateways may be used to access different realities, and even different times, if one but has the keys to unlock the magic. The architects, builders, and sometimes even the people who visited these sites have encoded the keys in such a way that the casual observer would never be able to determine that it is important, or that it is indeed the piece of the puzzle that will unlock the mysteries of the universe. Sometimes the keys are hidden across multiple locations, which need to be pieced together in order to solve the mystery. If this wasn’t enough, some of these keys are based on long dead languages, are booby trapped, or the home to an ancient sleeping evils. At times, the pieces of the keys are damaged beyond repair or even missing entirely and must be figured out from the clues that are remaining. And using the wrong keys can be dangerous as well, even if it does somehow open The Ways regardless. It might summon a monster, cause the portal to immediately close behind the user, thus trapping them, or throw them out of The Ways in some random location.

Despite the perils, frustrations, and problems of accessing The Ways, for those who are able to do so find that the satisfaction of solving the mystery may be well worth it. It has its advantages: faster, almost instantaneous travel. The ability to travel hundreds of miles in a few minutes time is certainly a militaristic advantage. The Ley Lines or Ley Nodes the Portals sit on are able to power spells, thus allowing magic users to save their internal resources for other things. The Ley Lines and Ley Nodes also open up new possibilities of cooperative spells, which simply would be impossible if not accessing the Ley’s powers. The Portals themselves are an interesting mystery to be solved, and perhaps, in doing so, can allow the user to (re)discover ideas that might change the world for the better. 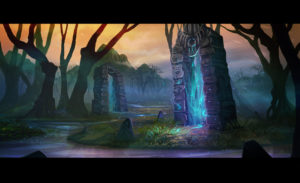 Unfortunately, use of Ley Lines and Ley Nodes are problematic. Users activating the ley lines or nodes need to take precautions to contain the power. That’s why many times their use entailed using multiple spell-casters, ritual movements, and tools. Unbeknownst to some users, these rituals helped to do contain the power. Using the Ley Lines or Ley Nodes can permanently burn out magic users who are not prepared for the influx of power. Even users who are accustomed to using it aren’t immune to its dangers. Magic users who use the ley line’s powers excessively, may find themselves unable to cast any spells without its assistance.

So too, is the use of portals. The problems with them are varied with each site. Some might be usable only once. This is because the sites themselves might be unstable. This may be problematic if the PCs want to have a return trip and when they return the location’s roof or floor collapsed, underwater, or afire. Another problem is that using the portals may awaken something evil that the PCs are unable to defeat at all or not without great losses. A third problem is that the portals are in current use and the PCs may need to activate them surreptitiously so as not to attract attention. That might mean that they have to sneak in at night and disable the guards or security system and vanish into The Ways before they are caught.

Finally, using The Ways are not for the faint of heart. There are dangers aplenty: getting lost or distracted, becoming insane, and death or being wiped from existence. 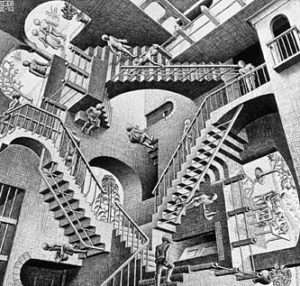 First of all, when entering The Ways, it’s important to know where one is going. Even though it’s a faster way of travel, it’s extremely easy to get lost in The Ways. They are a maze of circuitous dead end paths that twist and turn on themselves. Even those with the power of flight may find themselves irreparably lost due to the Escher-like landscape. Doors or portals may open into other versions of realities that are not the home plane of those using its passageways.

To avoid this, users will often “key” the spell or ceremony that opens the gate into The Ways to another gate which will cause a path to appear for the user to follow. Even this isn’t foolproof, however. If the user steps off the path, they may not be able to find it again if they are by themselves.

It’s easy for users to be distracted from the path that they’re supposed to be on. Case in point: just off the path there might be something they’ve been searching for forever, a damsel in distress, or a long-lost loved one. These visions may be something that’s true… but it could just as easily be an illusion designed for the purpose of distracting them from their purpose. Furthermore, these alternate realities that are just off highlighted the path might have totally different physics. Others may be based around a different paradigm – for instance magic vs. technology or a place where the gods they worshiped don’t exist. Some may even include warped duplicates of themselves. And those duplicates, once they find out about The Ways, may decide to kill the original and take their place… or even kill all alternative versions of themselves! 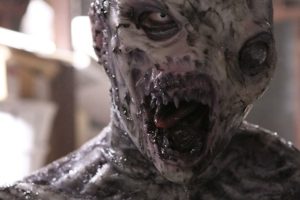 Secondly, experiencing The Ways aren’t for the mentally unstable. The Ways’ paths can change, warp even the personality of most mentally stable people beyond recognition from what they experienced. Every nightmare that one can imagine exists there. Every unacknowledged fear, failed experiment, and horror comes to life in The Ways. Some of them are nothing but images, things to scare or seduce the user off the path they’re wishing to stay on. Other images, monsters users of The Ways are quite real. And the danger is knowing which is which. This brings us to the final point.

Finally, the Ways are physically dangerous. Even though there may be relative gravity as in Escher’s drawings, this doesn’t necessarily mean this is always so. A flight of stairs might suddenly change direction, but the gravity doesn’t likewise change, leaving the unlucky victim to fall to the bottom (or top!) of the staircase. A monster or other danger such as a fire that was nothing but illusion a moment ago suddenly can become very real. And worst of all, the longer one is in The Ways, the more they are at risk for becoming wiped from existence altogether, where their friends, family, and acquaintances don’t remember them.

D12 Plots to get your PCs involved in The Ways

Using ley lines and nodes, the portals, and The Ways is a method of increasing mystery, mayhem, madness, and perhaps murder into your campaign. By using these ideas in your game, you can give your players a new challenge, new plots, and a whole new system of magic. Try it out and let me know how it worked out in the comments, below!

TOMB OF ANNIHILATION Preview – Next D&D ...