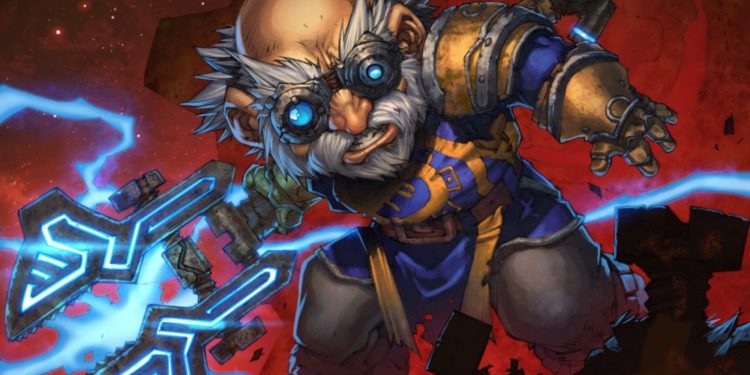 Ahh gnomes: they’re everyone’s favorite Player Character race of odd, uncanny, possibly fey (and usually insane) 3 foot tall weirdoes. But how to play one? How to pull off that intoxicating mix of insanity, charisma, and a dash of mad brilliance all wrapped up in a tiny package? While pondering this, I realized that my daughter (who is two and a half years old) might have some ideas. Well, not ideas so much as aspects that I could emulate next time I sat down at the table as a gnome.

My daughter is still learning the whole ‘how to speak English thing’ and when I can understand her through her garble (parents receive a +3 bonus to understand nonsense/esoteric references/malapropisms when it’s your own child) she says stuff that would be perfect for my next gnome. Yesterday, as near as I can figure, she said ‘The future looks like a big gooey ocean.’ I have no idea what prompted her to say this, but I do know it would be perfect stated (with utter conviction) coming out the mouth of a gnome who believed they could see the future. To get the gist of how this works, imagine if Elmo (of tickle me/sesame street fame) was a time lord (of doctor who fame) trying to explain magic… that’s how my daughter talks sometimes. If you need more inspiration, you could also check out this webseries ‘Conversations with my three year old daughter.’

Here’s the thing about having a two year old; it’s wonderful that she can talk now, and I do want to have conversations with her, it’s just that sometimes I need to have chats with other adults about how to keep her alive or if we paid the rent or about anything that isn’t Paw Patrol. Also, sometimes she’s just babbling/talking to herself and she’s not super clear about delineating when she’s asking for your attention and when she isn’t. Add the fact that she’s three feet tall and it’s all too easy to ignore her. Which really pisses her off, and can lead to a lot of shouting. I imagine similar occurrences happen at times to gnomes, and they have to similarly yell to be heard… possibly also while using their magics to light the tavern on fire for good measure.

My daughter’s favorite game at the moment is ‘Sad Horsey.’ In this game, I take on the role of the titular depressed equine, which amounts to me sitting somewhere and announcing ‘I’m a sad horsey.’ At this prompting, my daughter will then cavort into view and do the monkey dance which cheers up the sad horsey (duh). I have no idea where this game came from -or why it is the height of human art as far as my daughter is concerned- but I do know that I’m going to try to coax my party, any NPCs, and even the odd villain of my next campaign into playing the ‘sad horsey’ game with my gnome.

Oftentimes, my daughter tugs on my pants; because she wants my attention, because she wants to be picked up, or because it’s a day that ends in Y. However, she hasn’t learned everything about appropriate touching yet so sometimes she grabs… well a very delicate part of my body since it’s perfectly hand level for her (at which point I try to direct her hands elsewhere and talk about ‘private parts’ without giving her a weird complex, usually trying to keep my pained screaming to a minimum). What my daughter does on accident, my gnome character will do on purpose: for emphasis, to give a little narrative headwind to an intimidation roll, or just to say a nonconsensual ‘hello’ in gnome (with totally different mores about body autonomy and inappropriate touching). From personal experience, I can assure you that the height differential makes such attacks/salutations incredibly simple for individuals who happen to be 2-3 foot tall and virtually unblockable by anyone who isn’t a drunken master.

And that’s just what I learned about playing a gnome. Parenthood affords countless layers of role playing instruction. Next up, I’ll be learning how to properly talk down a raging barbarian by dealing with a tantrumming toddler… wish me luck.