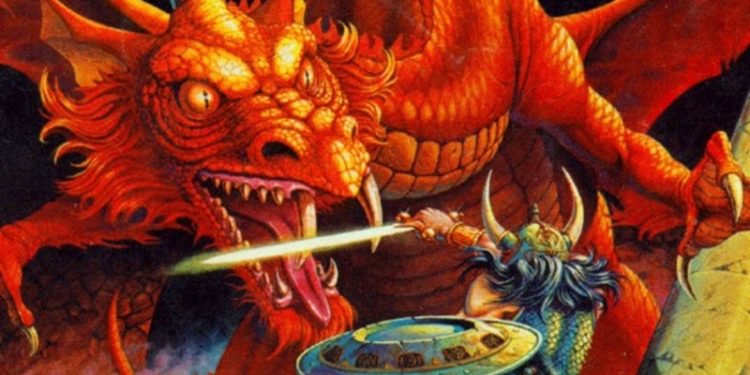 After two weeks of other topics and a weekend of GenCon, I’m back this week to continue the History of the Fighter Class. This time we’ll be talking about AD&D 1e, and as I kick off my research, I’m really wondering how much I’ll find to say about it – the rules text is quite brief. There’s also Unearthed Arcana to cover here, and it makes a considerable difference.

The 1e fighter doesn’t have any supporting flavor text that I can see, but that’s generally true of the book’s class writeups. They skip straight to the mechanics, and so shall I:

For all that that’s a lot of words, there’s just not very much there with the fighter. You can tell, because I got hip-deep in explaining ability scores. There’s not a twitch of change from the Everyman conception of the class. They hit things and soak up damage, and if they survive long enough they can subcontract their hitting-related activities to their New Friends. It is the clearest example of the Wild West meritocratic ideals that others have commented on – you spend the first eight levels as an Everyman, and suddenly achieve de facto nobility, without any clear position in a political or military hierarchy. I’m also pretty sure there’s a table specifying additional attacks per round as you progress, but I can’t find it right now, and it’s going to get revised in UA anyway.

Unearthed Arcana retunes some fundamental rules, like level limits, in ways that do substantially matter to the fighter class, and also offers the class a huge power boost.

In the balance, UA does nothing to expand or develop the fighter’s theme. It narrows the class concept by carving off “chivalrous mounted warrior” into its own class, if and only if you have high enough ability scores to be hilariously overpowered and thus get to play the better-than-you class. I don’t like extensive negative rhetoric in discussing any game’s mechanics, but UA makes a janky game worse and lays out all the things your character can’t do.

There may well be 1e fighter options and general content scattered throughout the many, many Dragon Magazine articles, but I haven’t found them with a casual Google search and I really most sincerely don’t have time to dig through my (near-complete) collection by hand. Assuming no one comes along with issue numbers, the next article in this series will move on to 2e. I could almost stop at copying and pasting this week’s article, but the absence of UA’s most broken classes makes a huge difference in the fighter class’s relative value. (Also, of course, kits.)

Using Tokens in Your Game Part 1