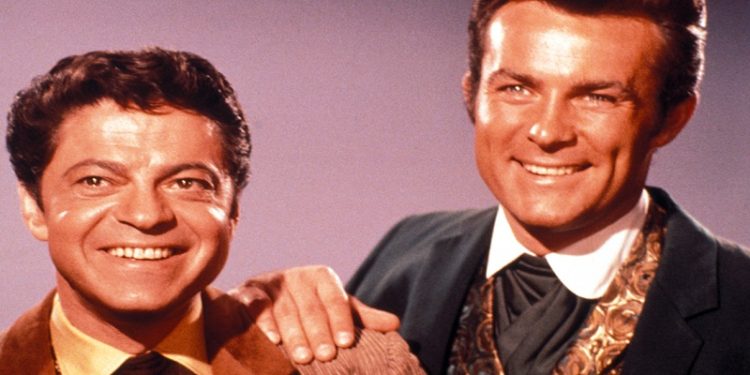 (Author’s note: I have a free self-published book, P5 Westerns: People, Places, Powers, Possessions, Powers, & Plot. If you would like a more in depth breakdown, feel free to contact me and I’ll send you a copy.)

Playing a campaign in a fictionalized version of the American West is a fun concept that can provide hours (or if done properly years) of entertainment. There are a variety of tropes that can be called upon when designing such a game. However, there are several details that are important to get just right when doing so, which can be stumbling blocks along the way to a fun and stress free game. Here are the top 8 tips on running the best western game possible.

1 Get the location right
The American west is often a hot and dry place, known for its rolling hills, canyons, expansive grasslands, mining communities, and, in later times, its towns, complete with their boardwalks. While there may be patches of forested areas, they are far and few between.

Within the towns there’s usually a general purpose smithy, a tavern that also sometimes serves as a hotel, and oftentimes a whorehouse, a general merchandise shop that carries a variety of goods, and what they don’t have in stock, they can often order from magazines and have delivered to them or another location. Sometimes they’ll have a post-office, a claim office, and a telegraph office, which may or may not have separate locations. In larger settlements, they’ll have a doctor’s office, a bank, a jail/ sheriff’s office and perhaps courtroom combo, and maybe even their own church.

2 Get the history right
Ironically enough, when talking about the time of the Wild West, most people fail to recognize that it’s during the exact same time as the Victorian age in England, the Civil War, among other significant events. Here’s Wikipedia’s take on significant events during those times. 1850s, 1860s, 1870s, 1880s, 1890s
If you’re playing an alternate version with different history, you’ll need to list the major changes to the history and how it affected things down the line. One way of doing this on your own is to think of ripples from several stones being thrown into a pond at the same time. There’s immediate changes, and those changes will change other things. The ripples of one stone will intercept and cancel some of one stone’s ripples, while amplifying the effect of others. Thankfully, there are some pre-made western settings out there that have done that for you!

3 Get the System Right
The classic systems may not always be the right ones when it comes to the Wild West feeling because their rules are based around high fantasy, and it’s difficult to play the games without the magical classes. Some alternative ideas:

4 Get the technology right
Unless you’re going for the feel of the Wild, Wild West TV show or the weird west technology of the Deadlands that have ray guns (for lack of a better word), you’re going to want to stay pretty true to the technology of the time. Trains exist, but are slow enough for a horse to catch up to. The Smith & Westin Colt shotgun is in prevalent use, as well as the six-shooter guns. Depending on the year, the telegraph, and later still, the telephone may exist. The camera does exist – but unlike today’s camera those whose pictures are being taken need to hold perfectly still, and the chemicals used to develop film can be found in most doctor’s offices. Dynamite also makes an appearance during this time frame.

5 Get the Players right
Players aren’t necessarily PCs. In westerns there are a variety of people who may have stakes in the ultimate outcome of a scenario. Among these are:

6 Get the mythology right
Even if you’re running a quasi-realistic version of the American West, and magic isn’t being thrown around regularly by the characters, there’s still a mythos to be explored. The Native Americans have their gods, and vision quests. If you do something like Kung Fu (martial arts western drama TV series) you have the mysticism of the Buddhism in the background. Even such things as a character who has quicker-than-the-eye draw reflexes, the silver bullets of The Lone Ranger, and the legendary exploits of Rin-Tin-Tin can become part of the world’s mythology. Even some of the well known tales of Paul Bunyan and his blue ox Babe could be based in part of some reality in your world. If you use something weirder like the vampires or werewolves, or myths, or monsters from Native American culture make sure to make the most out of those types of characters as well. Meeting famous fictional characters can help make the campaign come more alive to the PCs.

7 Get the abilities right
When playing a western themed game, there are a variety of skills and abilities that should be ubiquitous. For instance, unless there’s an extreme in-character reason for a character not to be able to ride a horse, all characters should be able to do so. Furthermore, someone in the party should be able to hold their own in steering a team of horses for a carriage. It also would be handy to have one (or more) characters be able to be fast on the draw for a gunfight, though not all characters necessarily need to be wearing one at all times as evidenced in typical western shows and movies. Maybe one (or more) of the characters are card sharks. Perhaps there’s a doctor in the party traveling with them for his own reasons, though it also wouldn’t be beyond the pale to have a stage magician and “miracle cure” hawker be in the party. But all this is from the mindset of Americans who grew up with the stories of how this nation was formed. Maybe in your world you could turn things on their head and have a party made of nothing but Native Americans, hunting buffalo, getting odd and end jobs, and fighting the never ending expansion of the US government claims on your ancestor’s lands.

8 Get the conflicts right
The Wild West conflicts can be seen at both an individual level and at an expansive far reaching level. Interestingly enough, historically, some of the problems that were elsewhere were either less, shifted to another population or simply nonexistent at times.

D12 Conflicts You Can Use Immediately In Your Western Game

Use these tips to help enliven your western setting, bring out interesting characterizations, breathe life into your lackluster towns, and better prepare plots for your PCs to solve.