I was Traveling the Planes and I Found Dragons Part 4

Now for my second evil dragon, be warned this creature is on par with the tarrasque.

Elemental fury. A pyroclastic dragon is an uncontrollable force of nature at its heart, embodying living fire and thunder. They’re natural disasters themselves; where ever they go destruction follows. Unlike most, their breath is composed of two elements instead of one, creating a dangerous combination of ashes and the rumbling of thunder. Most sages would say they are closer to fire than thunder as they lair inside volcanoes, but the rare survivor of a pyroclastic dragon attack will often claim otherwise as the destruction they work is more akin to a storm.

Volcanic Lairs. The main feature of the plane that they reside on being volcanoes, so it stands to reason that they would lair in the same place on the Material plane, also, many volcanoes link the two planes together. Once a pyroclastic dragon has decided to lair somewhere, the surroundings change: storms frequent the area, the volcano becomes more active and the ground in some areas becomes unbearably hot scorching the roots of trees. Inside their lairs, pyroclastic dragons keep meagre hoards due to very little surviving in the heat of  a volcano. Often all that remains is lumps of metal fused together by heat and precious gems. 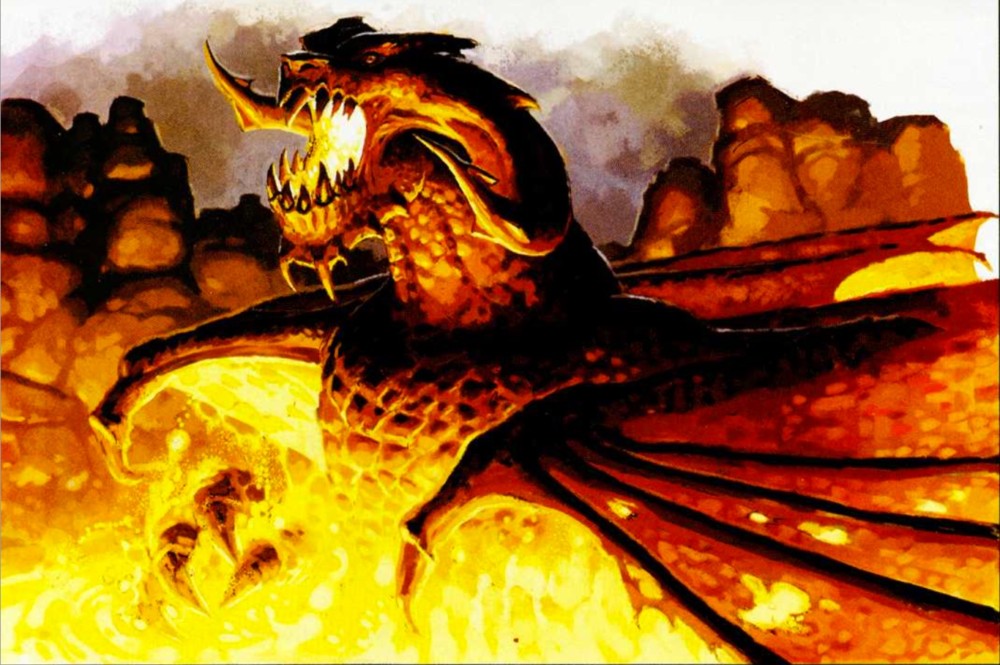 On initiative count 20 (losing initiative ties), the dragon takes a lair action to cause one of the following effects; the dragon can’t use the same effect 2 rounds in a row:

Next time, Radiant dragons, in response to a request. (Let me know in the comments if there’s a dragon you would like me to cover soon.)