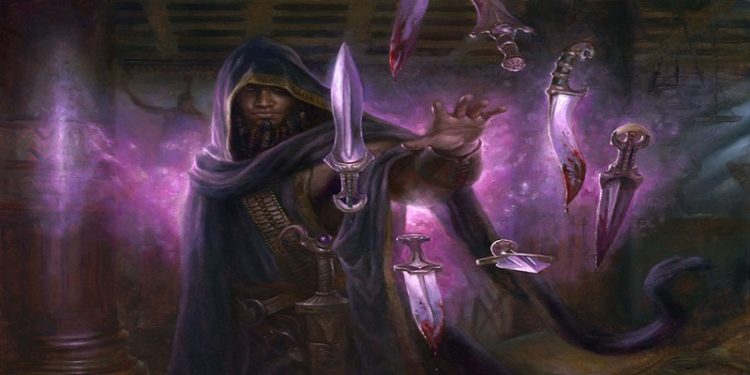 (Author’s note: to “give credit where credit is due” these ideas come from Rachael Arron’s Eli Monpress series in which wizards can control a variety of forces due to the consciousness that exists in all things and these consciousnesses are either forced, coerced or willingly help the wizards who have various trinkets on their person to communicate with them. This takes those ideas and extrapolates them into a format that DMs and players can use in their games.)
The standard lore in D&D 5e is that the Warlock has a single patron that they get all their powers from. But that got this author to thinking, why is this so? Why couldn’t a Warlock have multiple patrons? Furthermore, why does the contract need to be with an “otherworldly” entity? Why not have the entities be things that people interact with daily? Each patron would give their own unique set of powers and each would be an individual pact or contract. However, in doing so, only one pact/ contract may be “active” at any one given time. Each one is contained in a different item be it a piece of jewelry, a rod, a statuette, etc.

From an early age, the Warlock has heard that everything has a voice: the dishes he uses to eat his food, to the bed he sleeps in, to the door to his room. He also found that people thought that he is strange in talking with things that obviously (at least to other people) cannot talk, and this made him an outsider. In exploring these abilities, he found that, many times, if he asked nicely the objects in question would do what was asked. Conversely, he could have been a cruel master and threatened the items with destruction if they didn’t obey his whims. Whatever the case, he found that by interacting with what everyone else thought as mundane things, he could accomplish great things. 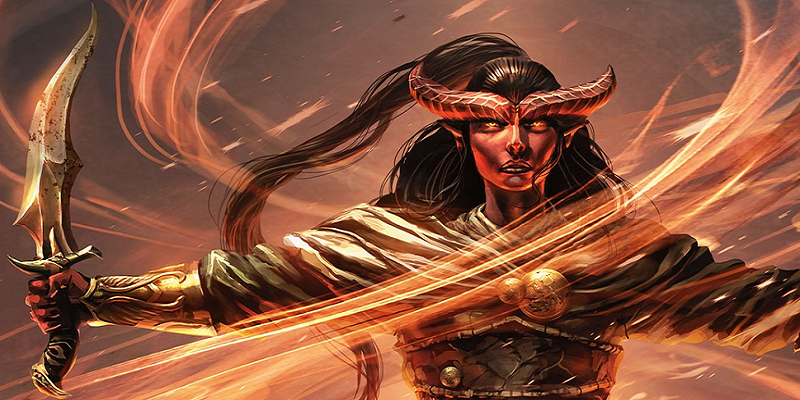 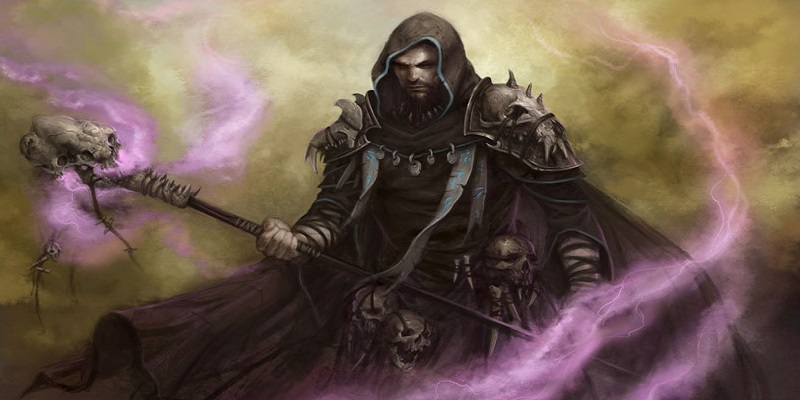 Standard warlock and one contract trinket.

In this lore for Warlock, everything has a consciousness if it gets big/ collected enough. For instance:

The more awareness and intelligence the force in question, the more powerful it is. The more powerful it is, the more it can affect the world around it.
Even though everything has a sentience of sorts, not everyone can hear it; by and large, most people are deaf to the voices and so use items in a careless manner, not caring if it gets damaged/ killed or broken in the process.
For that reason, most warlocks are very particular in the voices of objects they listen to, otherwise they would hear the cries of pain and complaints of everything that they handle on a daily basis. 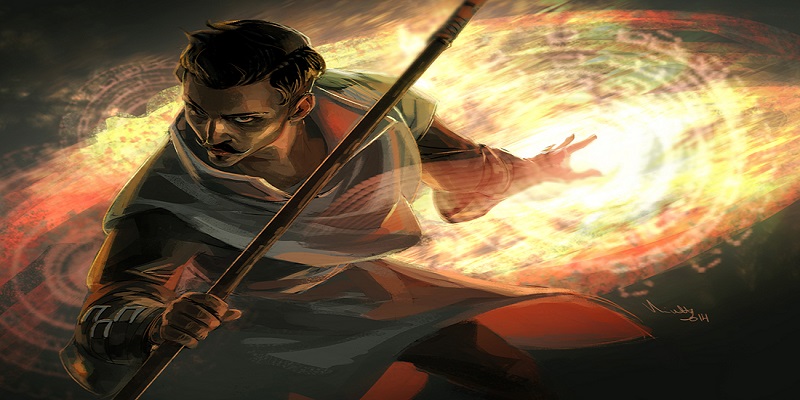 In order to obtain a warlock contract, he must first identify a self-aware force that he wishes to use and using guile, charm, force of personality, threats or a combination of all of the above, and using a trinket that costs 100 GP per warlock level (see types of entities the warlock is able to make a contract with, below). The reason for using jewelry and other such trinkets is for portability purposes. There’s nothing to prevent a warlock from housing the entity in something relatively unmovable, but if they can’t touch it, they can’t access the contract.
A Warlock may have as many contracts equal to his Charisma modifier, minimum 1. The number of available contracts increases at levels 6, 12, and 18 by 1.

What does a contract *do?*

(thanks for Wyvern for suggesting a section that needed clarity)
A Warlock’s contracts give them appropriate powers appropriate to the item in question. For instance a contract with water lets him put out fires, while a spirit of flame allows him to ignite things. A spirit of blades might keep his weapons sharp without upkeep, or, as in the picture in this article’s opening, allow him to have multiple daggers that circling that attack in quick succession. Each contract should offer unique powers, or there’s no sense for the Warlock to bother with them.

A Warlock can change his active contracts as a bonus action, but may only do so once per turn. If there are any active powers, they continue until their duration ends. Why would a warlock want to switch contracts? Simple: to be able to have a broader scope of powers at his disposal, as well as being able to adapt to almost any situation.

Keep in mind that the following options are suggestions only, based on the contract that the warlock has active at the time. 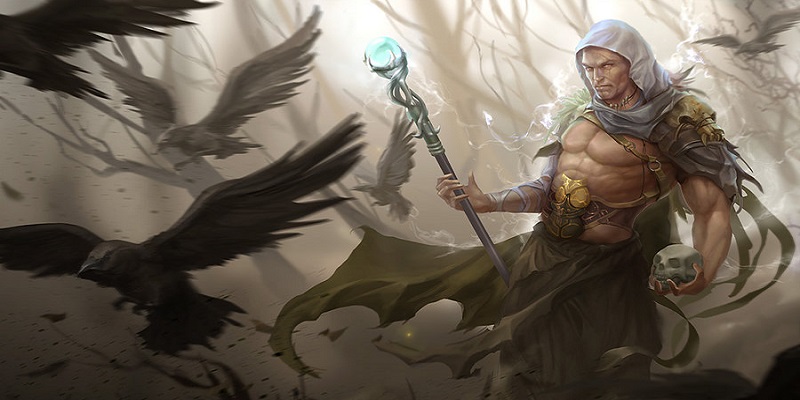 Talk to anything: Most objects are relieved to be able to finally be able to find someone who can hear them. Because of this, unless dealing with another Warlock with a similar ability, if he is willing to listen to the object in question, most of the time he will be able to find out information that he could not have normally. The types and specificity of information gained will be up to the DMs.

Roleplaying object’s personalities is a difficult thing. But think of what the object (or force) is made of and how it might interact with those that use it. There’s a scene in the Classic Disney animated feature “Alice in Wonderland” in which the eponymous character grabs the doorknob. But unlike the movie, the warlocks don’t see the objects anthropomorphized with eyes and a mouth. In this instance a door might talk about how roughly it was handled. Or a wall might complain about the stomping figure that just went by. A self-aware teacup with a chip might scold a Warlock that can hear it to use it gently because it is fragile. Get creative!
If the warlock uses one main contract throughout his entire time he gains one additional ability at 20th level:
Merge: The Warlock and the force that he has a contract with merge. This puts an enormous strain on the Warlock’s body and can only be done for a number of rounds equal to 1+ the Warlock’s Charisma modifier, minimum 2. This ability can only be used once per week.

Ideas for how this might work is that the character might count as an elemental for the time of the merge. If the character’s contract was based around the consciousness of blades, he might be surrounded as per the Blade Barrier spell. If the Warlock obtained his powers through a gravesite, he might have the abilities and weaknesses of an undead for the duration.
If the Warlock switches through his contracts on a regular basis and grows the powers of each of them he gets the following ability at 20th level.

By Your Powers Combined: He gets to use the powers of a number of his contracts equal to 2+ the warlock’s Charisma modifier. He may do this even if the contracts are of opposing forces: for instance, using a fire and a water contract simultaneously. The drawback is that the powers are limited to the level of the weakest contract. If the person has fire, water, earth, and air powers he becomes something akin to “Captain Planet.” This ability can only be used once per week.

Keep in mind that this discussion of powers isn’t meant to be comprehensive by any means. For instance, if a Warlock is an elf and is concentrating on protecting the tree that he has his contract with, instead of a eldritch blast, he might get one empowered by the living forest energy. Furthermore, for his spell he might get a version of fireball substitutes a mass of twigs and leaves exploding with extreme air pressure. Alternatively, a warlock might specialize in a graveyard and his powers would be connected to death/ undeath.

In tackling this topic my idea was to mainly work within the existing framework of the Warlock, yet simultaneously provide interesting and unique things to do with it, as well as give ideas for DMs to use this as an alternate type of Warlock as an enemy or some new ideas for powers for their PCs.

Xanathar’s Guide to Everything Available Today