What if Kili and Tauriel… D&D 5e Dwelves 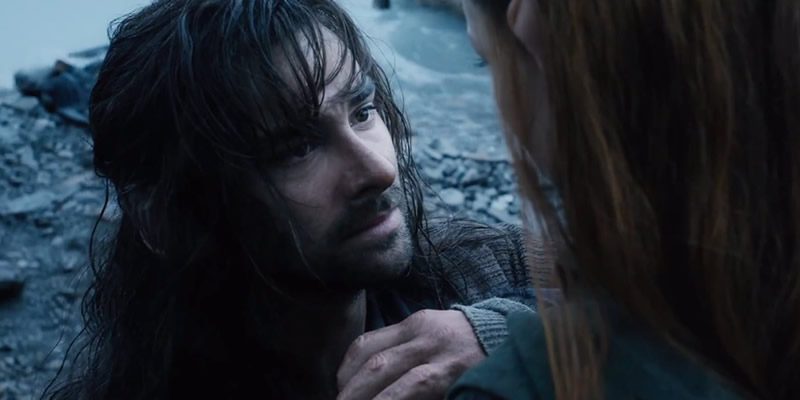 When I was watching the Hobbit trilogy, I found it hard to miss that a little romance was added between Tauriel, captain of the guard of the Kingdom of Mirkwood (formally Greenwood) and Thorin’s nephew Kili. While the character of Tauriel was added to the story by Peter Jackson (along with 2 extra movies), enraging many, many book purists – it did add a strong female hero into this male dominated story. As the trilogy and romance progressed, I found that I was enjoying any dialog and character development against the backdrop of huge, long CGI action sequences. However, this article isn’t a critique of the Hobbit movies (why split a small book into 3 movies!), this is about something far more important… character building options for D&D.

I had a thought, if Kili and Tauriel had a kid (if even possible), what kind of stats would their child have when he or she grew up?

When looking for mixed racial options for D&D, you need to look pretty hard for anything other than a Half-Orc, Half-Elf and whatever Dragonborn and Tieflings are. Call them what you like, but the combination of a dwarf with any other race is hard to find in D&D. The most notable being Dark Sun’s Muls, but I did find builds for a Dwelf in D&D 3.5 and Pathfinder.

If your world’s biology allows for the interbreeding of elves and dwarves, then here is a potential character race option. Please note that this build below has not been playtested yet.

Ability Score Increase. Your Dexterity or Constitution score increases by 2. Increase one other ability score of your choice by 1.
Age. Dwelves age and mature slowly and may appear and act as a youth well into their 60s. They live to be around 400 years old.
Alignment. Your alignment would depend on your upbringing and relationship with both parents.
Size. Dwelves stand just over 5 feet tall and your weight is 100 to 135 pounds. Your size is Medium.
Speed. Your base walking speed is 30 feet.
Darkvision. Accustomed to life underground or in twilit forests, you have superior vision in dark and dim conditions. You can see in dim light within 60 feet of you as if it were bright light, and in darkness as if it were dim light. You can’t discern color in darkenss, only shades of gray.
Choose Stonecunning or Keen Senses. Make sure to choose whichever matches where the character grew up. See PHB for either race for details.
Languages. You can speak, read, and write Common. You can also speak, read, and write your choice of Elvish or Dwarvish (depending where you were raised) and one other language.
Mixed Ancestry. You have advantage on saving throws against poison and being charmed, resistance against poison damage.
Weapons Training. Choose Dwarven Combat Training or Elf Weapon Training (depending on where you were raised).

Note: I avoided creating two subraces  for Dwelves to better match the style of the Half-Elf presented in the Player’s Handbook.