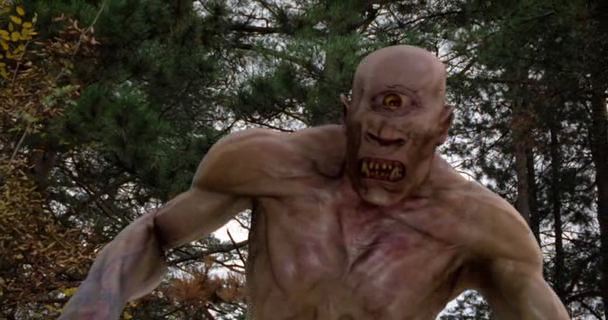 One eyed giant ancient species, seen as monsters, but were once builders of nations.

Typically Cyclopse are portrayed as primitive stone tool using cave dwellers. But since Hill Giants and Ettins already fill that niche, its more interesting to make them more advanced than their cousins, giving them bronze age tools and weapons, sail boats and dire rhino mounts.

Due to their size its unlikely they would be in the desert due to lack of food, but they could be jungle or coastal dwellers, feasting on everything they can.

Mediators – Cyclopse manage the mile wide amphitheatre, where Dragons come to debate their disputes without conflict. In times of great threat to Dragonkind even evil dragons will come here to this neutral ground to discuss options or have their champions wrestle.

Workforce – Strong of mind and body, the Cyclopse are hired by wealthy giant clans to dig to the fabled inner earth, the land within the crust of the planet. Legends tell of the mystical power there that will revive the giant nations as masters of the universe.

Cyclopse are usually rare in the material world, but can be far more common in the Shadowfell or Feywild, or even have colonies on your worlds moons. There they setup towns and colonies centuries ago, with mystical wards to protect them from their enemies.

Gifted builders, Cyclopse have multi story buildings or caves with scultures and wall murals of intricate detail. Due to their size the dimenions of each room or chamber will be large, with many columns supporting the ceiling.

Cyclopse can have twin hull catamaran sail boats, or two person kayaks. One Cyclopse could paddle while the other used a long bow or cast spells. For food they could hunt tuna or carp, even giant lobsters or eels. Maybe some Human villages trade the bigger catches with the Cyclopse in return for mutual protection.

Options for what Cyclopse are and where they came from –

Option 1 – Cyclopse were created from Ettins by the Mind Flayers. The Illithid used them as front line soldiers against the Giant nations and Dragons on each world they invaded. The Cyclopse fled during the Githyanki rebellion, and have been fleeing Mind Flayers ever since. Shunning outside from fear of Mind Flayer influence, the Cyclopse keep moving and hiding.

Adventure tie – Mind Flayers are hunting Cyclopse in this region. Cyclopse seek adventurers to go into the Underworld and remove the Illithid nest. However once there the Mind Flayers offer the heroes piles of gems to bring the Cyclopse home to their masters.

Option 2 – Aeons ago giant starfish roamed the oceans depths. Over time they wandered into shallow waters and eventually onto land. Now days the Cyclopse bear little resemblance to their ancestors, but always stay close to the coast, enjoying the sight and sound of the sea. These Cyclopse are found allying with Kappa, Merfolk or Selkie when not in their own communities.

Adventure tie – After centuries of peace, the Cyclopse start raiding ships and boat facilities along the coast. What few know is a coven of Aboleth have corrupted the Cyclopse, promising a new cyclopse coastal nation. Some former Aboleth minions that are Lizardfolk broke free and warn the heroes of the danger. Some of the Cyclopse have been given aquatic abilities.

Option 3 – Lycanthropy was once virilant with Giant society. Each Giant effected slowly turned into a beast minded Cyclopse, and they were shunned. Centuries later the Cyclopse are free from the disease but are still shunned by the other giants.