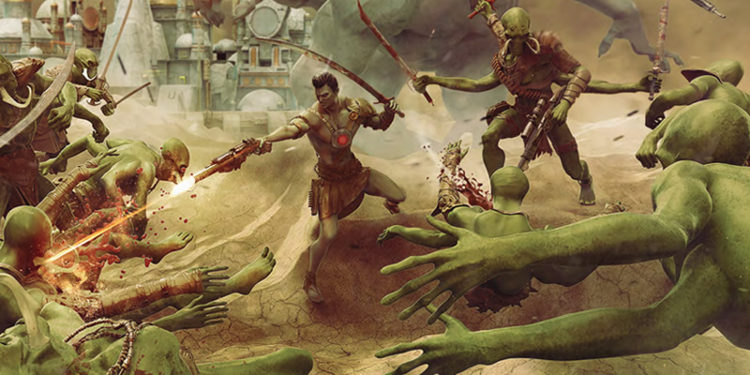 Modiphius has put out a free quickstart to introduce everyone to the rules and a short adventure on Drive Thru RPG or Modiphius. 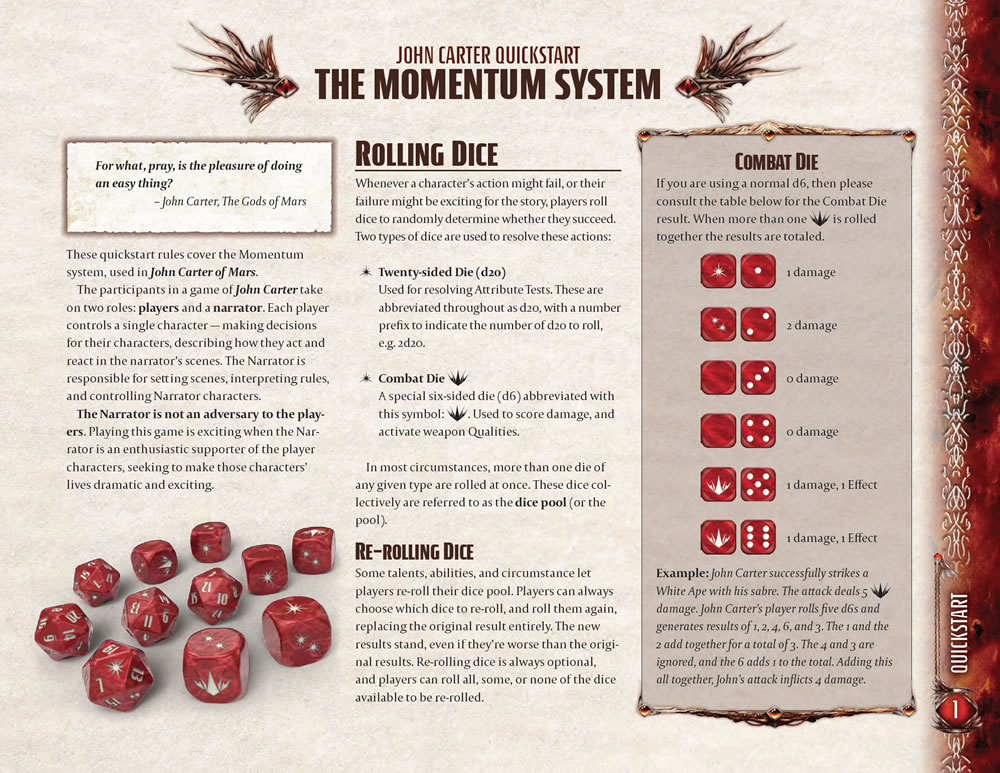 John Carter of Mars – Adventures on The Dying World of Barsoom is a planetary romance tabletop role-playing game, using a pulp-action inspired narrative variant of Modiphius’ 2d20 system, Momentum, John Carter of Mars allows players to take the role of various adventurers and heroes as they travel, battle, and romance their way across the wondrous and dangerous world known to its natives as Barsoom. Play as John Carter, the princess Dejah Thoris or the fearsome Thark warrior Tars Tarkas – or create your own new heroes from a wide variety of options!

Dendar the Night Serpent and Path of ...