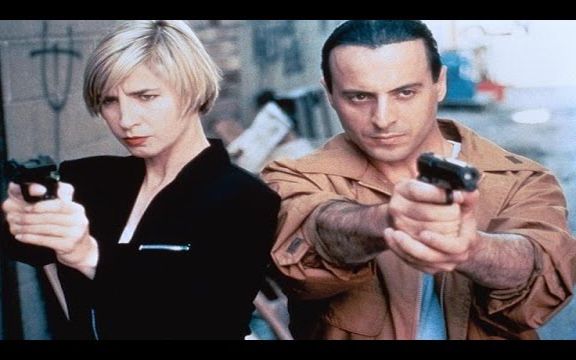 Today we undertake the final of the Sci Fi to Modern Horror movie conversion.

Revenge of the Sith
Internet Movie Database – ‘Three years into the Clone Wars, the Jedi rescue Palpatine from Count Dooku. As Obi-Wan pursues a new threat, Anakin acts as a double agent between the Jedi Council and Palpatine and is lured into a sinister plan to rule the galaxy.’
http://www.imdb.com/title/tt0121766/?ref_=nv_sr_1

After being at war and gained some skill Anakin and Obi-wan have cornered the Separatist leader. But Obi-wan goes after General Grievous while Anakin becomes more corrupted by Senator Palpatine. Meanwhile the Clone Army has become troops against the Separatists all over the core systems.

Ghouls/Golems (Clones) created last episode have been fighting a Lycan faction trying to destabilise the ruling Mage Council (or other if they changed last episode). Some heroes are sent to take down the Lycan leader while the others undertake training by the Mages to become elite guardians of the city. Some of the new abilities corrupt the user or victim.

Player characters could be –
– Up and coming Mage seeking opportunities or learning. (Anakin)
– Lycan trying to reduce hostilities and find a win-win option.
– Vampire trying to stir things up to prey on the week during the confusion. (Grievous)

At some point –
– Heroes should get a chance to fight with the Ghouls/Golems against the Lycan rebels.
– Training received will corrupt them and others there. Changes how people treat them.
– Heroes should get a chance to be attacked by the Ghouls/Golems controlled by the real enemy within the Mage Council.
– Those not recieving special training are offered Lycanthropy (by someone they know) to embrace their powerful destiny.

Player characters could be –
– Ghost from earlier episodes who wants to capture enough souls to perform a ritual to transform into something else.
– A Faerie who wants to advance themselves far up in the new Faerie domain via this situation. (Dooku)
– Mortal hunters who are using this situation to remove as many supernatural threats as possible.

At some point –
– Someone from episode 1 offers them to come back to a simpler life, move away to the country far from all this.
– Heroes will have to fight allies or family, and this should be roleplayed as the emotionally traumatic time it would be.
– Citizens will ask for help getting out of the area, don’t like the way Faerie or Mages treat them.
– If a PC shows strong loyalty, they get favouritism from that side and are targeted by the opposition.

Want more?
– Heroes are offered a huge bribe to take out someone they know to allow the heroes & future allies a strong position of power.
– Media is used to re-write perspectives and events in favour of one faction.
– Heroes should have strange dreams where their allies or loved ones are corrupted or destroyed by their own faction.