Today I present Tir Na Gren – a fantasy area of that you can use for a one shot, as part of the Rikirta setting, or link it to other settings.

Scattered around Tir na gren are Oakunut groves – oak trees with coconuts which are very hard. During Skogyr zenith (4th moon being full) the trees whisper words of wisdom. 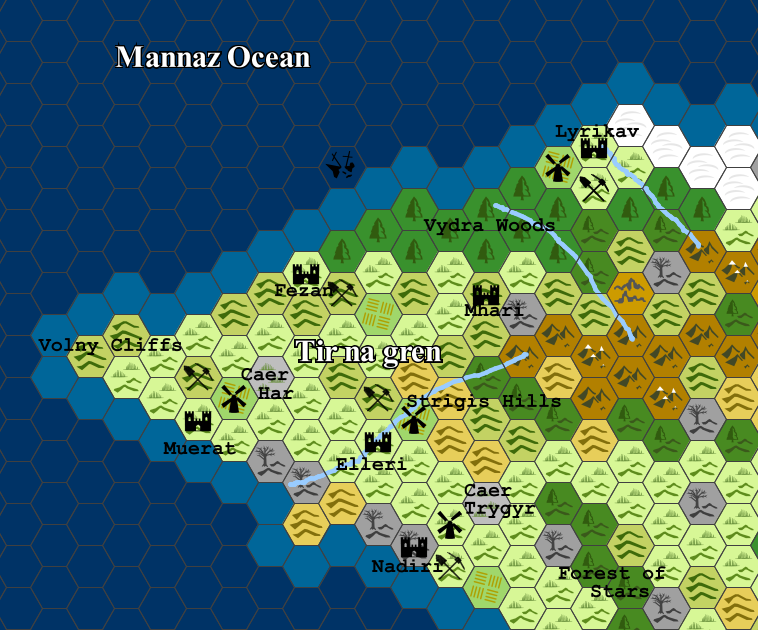 Becoming a citizen – Citizens can marry, build property, trade goods with others, and can become nobles or elders.
– 1 year Border patrol or farming service must be undertaken.
– Insignia: Golden Cloak with purple and green crescents facing each other.
– Required for marrying a citizen.
– Bandits are considered Outlaws. This means they live outside society and are not protected by law and have no rights with in it.

Where to slot inTir na Gren in other settings –