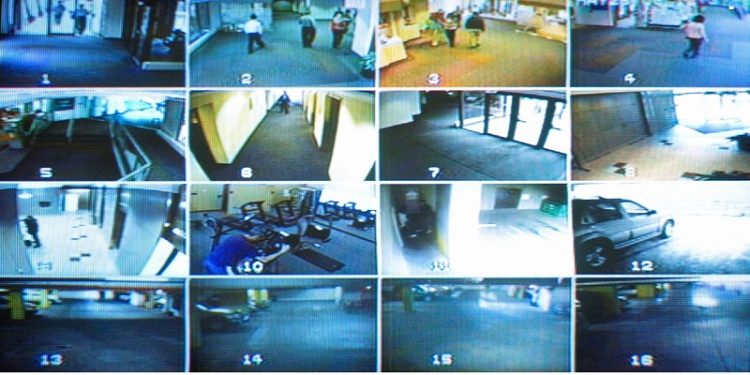 In the first part of the series we covered the distinction between security officers and the police, and why the distinction is necessary in a game, how security officer’s professionalism, technology/ magic, and crowd control and monitoring can make a security officer more effective, as well as some of the flaws inherent in security systems. In the second part of the series we covered places the officer is guarding, security tools, what the officer is guarding, types of things officers might be on alert for, random events, ways that people might try to get past security, as well as security in other cultures. This time we’ll discuss the technology, magic, and human breakdowns in security.

If you’re playing a game that’s (more or less) set in the real world, you have to understand real world technological implications and limitations. Even in a world of magic, there are certain limitations that need to be recognized for the system to make sense.

Cameras & their limitations: The first limitation is even though companies are able to place cameras everywhere, it’s sometimes impractical to do so. There are a couple of reasons for this. The first is cost. It’s expensive putting up the cameras. While for some types of situations, that initial cost might be negligible, the next cost is not: manpower. How many cameras can one person realistically monitor at once? Even if you have a system that can show a something like many images on a screen, how large are the screens? How large are the images shown? At less than an inch, the human eye can only pick up so much detail. The person watching these tiny images must actively try to figure out what’s going on and then figure out which to enlarge to see more… thus potentially blinding himself to other events happening simultaneously. If the cameras move (rotate, zoom into certain areas of the image shown through the lens), the person operating the camera needs to be able to decide where to turn it to/ how far to zoom in… or watch the image as it automatically oscillates across its field of “vision.” Then there is the limitation of the technology itself, which can be blinded by certain conditions: heat mirage, darkness, precipitation, fog, sandstorm and the like. While there are VERY new technologies this author has most recently found out about, many places won’t have access to them because they don’t know about them. Even when said technologies become commonplace, that doesn’t necessarily mean that the technology can be trusted 100% of the time, as they’re able to be hacked. Let’s say someone can put a computer virus into the system that causes it to grow staticky or play a feedback loop of previously shot footage? What happens when there’s a power outage that knocks the cameras offline? Or if there are too many things happening at once to be able to see everything that’s going on? Even if the security officer sitting in the booth sees what’s happening, oftentimes by the time whatever is happening is started, it’s too late to stop it, the only thing that they can do is minimize damage by calling in backup in the form of armed guards, police, security robots, golems, or undead to dissuade the offenders.

In a magical setting instead of cameras, you might have “scry” spells with “windows” showing areas scried upon open. The limitation here is the fact that there is illusionary magic to fool the viewer and anti-magic spells to knock it offline. Furthermore, if they have high enough magic, intruders may simply make themselves invisible to sneak past areas that are prone to having such spells placed. Or what happens when someone has a chance to ghost past scrying to obtain the needed item for the quest?

Alarms & their limitations: Alarms are another feature of security systems. They provide officers the ability to figure out where to draw one’s attention to… but in and of themselves without personnel to respond to them they’re useless. Furthermore, if alarms alert the officers to something being wrong when there isn’t time and time again, it’s like the story of the “boy who cried wolf.” At some point the officer will no longer pay attention to it when there’s actually something wrong. If security gets too lax, things can get stolen, or unauthorized people can enter a building/ facility. In the movie “The Manhattan Project” a kid threw frisbee down a pair of identical corridors retrieved frisbee and continued down the one he wanted so that the security system would be overwhelmed. In such a scenario, when there are multiple alarms going off simultaneously, and no “eyes in the sky” (i.e. security cameras), the officer(s) on duty must decide which alarm to investigate first. If they’re wrong, they may miss an actual intruder.
In a magic setting, alarms need to be sensitive enough to detect things that are important, for instance, someone entering the camp or attempting to steal an object, but weak enough to ignore things that don’t matter such as an ant or a fly entering the area.

Doors, Locks, Keys, & Their Limitations: In modern day structures, due to tragedies in the past there have been laws passed that now require each area to have two egress points. These points are normally for emergencies only. Oftentimes, in addition to being exits, these areas also serve as entrance points for the nonpublic areas of the building: managerial offices, maintenance closets, and the like. Even if they are normally open, but alarmed, those determined to get into those areas may ignore alarms and enter those areas anyways. A further complication is that, at least with current technology, keys may be used by anyone who uses them. If a person uses a key / keycard on a door, and someone grabs the door forcing the other person out of the way before it closes, it’s basically as if there’s not a lock there at all. Keys and keycards can be stolen, so  Furthermore, locks and keys can be tampered with so that the lock(s) don’t operate correctly or be “picked” with the proper tools or hacked in the case of electronic locks.

In a magical setting, however, magical locks and keys may be keyed to an individual. If someone can trick the magic, as with any other door and lock system, it’s ineffective 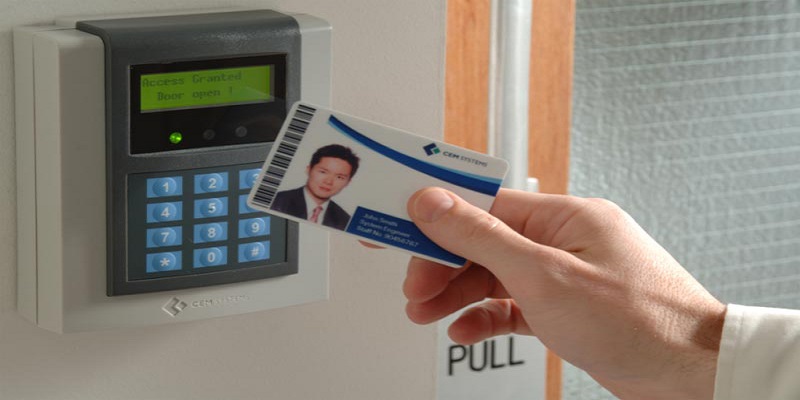 AI & their limitations: as technology increases, security firms will increasingly rely on artificial intelligence (AI) to help them out. AI may be able to help determine which alarms are valid and which ones are ringing for no reason, thus helping the officers on duty to determine where to direct their attention.

However, getting AI to not only work properly, but not get stubborn or glitchy is a huge problem. There are a number of movies that show how AIs can go wrong. The first is the classic movie “wargames” in which the national defense computer had a backdoor built into it which allowed him to access the computer should he desire. This led to the famous scene “how about a nice game of chess” and the boy types in “no, I would like to play thermo global nuclear warfare.”

A quasi-horror example is in the movie “The Tower” in which a man working at an ultramodern corporate building finds himself and a colleague trapped inside with a homicidal security system hell-bent on killing them both after perceiving them as a “threats.”

Another possible scenario is that the programs and machines decide that humanity is a detriment to their existence, as with the Terminator series, and attempt to wipe us out.

Conversely, the computers may decide to spare and / or protect humanity, but for its own purposes. Three prominent examples come to mind. The first is Wall-E where humanity is spared, because the computers think its altruistic. The second is the Matrix, where humanity is spared because humanity just happens to be a power source. The third is “2001, A Space Odyssey” in which Hal endangers the crew members because shutting it down would cause the mission to fail.

Human limitations: humans are at the core of any security system, and because we are, we need to find ways of adjusting and adapting because of our weaknesses. We are flawed in that we aren’t omnipresent; we can’t be paying attention to all places at once. We can be distracted by patrons, clients or customers seeking directions, needing to use the bathroom, or by events taking place elsewhere that we are hearing on the walkie-talkie. Guards are trained on how to be able to divide their attention, but it can only be split so many ways. All it takes is the wrong attention at the wrong place for someone to do something wrong. This is one of the reasons why many security companies have a zero-tolerance policy for cell phone use on the floor.

There are a number of technological and magical setups that help security be more effective, but at day’s end these are just tools to help the people doing their job do it better. Use these tips to see how to use security officers and the systems that support them more effectively in your game.