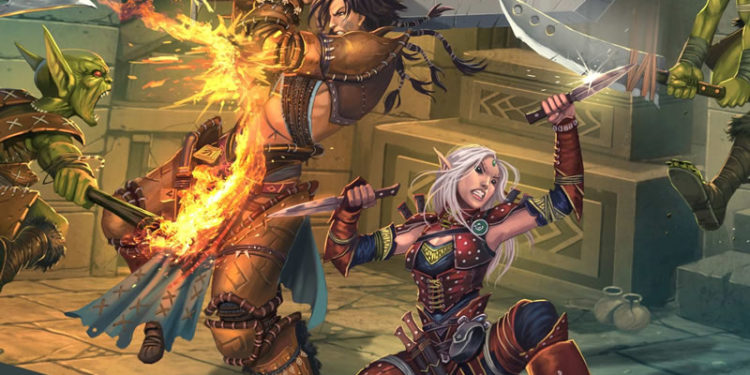 Last week, the Pathfinder 2 Playtest was released. I just received this press release from Paizo that outlines the seven part playtest schedule starting today and into November. You can download the first adventure, The Lost Star, and all of the adventures at PathfinderPlaytest.com. The Lost Star is aAn adventure for four 1st-level characters and is being playtested from August 7th to August 26th.

Here is the blurb about the adventure:
A noblewoman’s vault in Magnimar is pillaged and you are tasked with recovering a lost family heirloom. Can you find it in time for her to visit the Swallowtail Festival?

Here is the Press Release:

The Lost Star is an adventure for four 1st-level characters. Paizo’s Director of Game Design Jason Bulmahn gave a spoiler-free introduction to the adventure, “A noblewoman’s vault in Magnimar is pillaged and you are tasked with recovering a lost family heirloom. Can you find it in time for her to visit the Swallowtail Festival?”

After completing The Lost Star, players and GMs should go to PathfinderPlaytest.com to give their feedback through online surveys. The surveys will remain open throughout the playtest period. Players can also share their opinions on the Pathfinder Playtest Forums on paizo.com.

Paizo will be discussing the results of the surveys and changes they are implementing based on player feedback both on Paizo.com and on the Paizo Twitch channel (twitch.tv/officialpaizo). Players can stay informed by signing up for email updates at paizo.com.