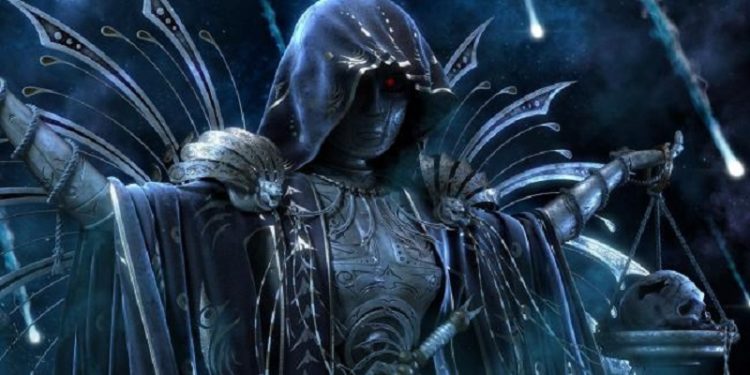 The last time I wrote about wrestling and tabletop games was back in April. With Summerslam 2018 just over a week away, it’s time for another. There have been a good pay-per-view, two middling ones, a bad one, and a single awful event since then. This article isn’t about the good pay-per-view – Money in the Bank 2018 – or the thus-far worst pay-per-view – Backlash 2018. Instead, it’s about one of the middling ones – Extreme Rules 2018. Some people might call it a bad one – we still have the internet – but I think calling it middle of the pack is fine. While the Extreme Rules 2018 bookings might be a point of consternation to some, I was engrossed by the event narrative. This event focused on the folly of hubris. It was an excellent throughline, and can easily serve as a guide for your tabletop event theming and moral messaging.

Event-theming is also exactly as it sounds. It’s orchestrating the elements of an event to serve a singular cohesive narrative. You can have an event theme of multiple elements, of course. A Dukes of Cinema event could have Dukes of Hazzard and Trading Places elements. The cohesive narrative is a requirement of the event itself. Using the above examples, it would be an entire television series about parents ruining the lives of their children through generational drug-use. No, that television show isn’t Breaking Bad.

With most wrestling events, people tend to focus on three things: the bookings (the results of the matches), the individual storylines, and the matches themselves. It might surprise you, but I haven’t yet seen a wrestling pay-per-view where fans are happy with every booking decision of the evening. Everyone, myself included, believes they would do things differently if they were in charge, though I tend to focus my own delusions of grandeur on the individual storylines that develop from the booking decisions. The matches themselves only rarely disappoint fans – and those tend to be matches that have been built-up independently from the shows themselves. Some of that disappointment is – I believe – intentional.

Any particular match has the capability of being considered a “show-stealer.” Any DM or player can easily relate to this sentiment, as side-NPCs or encounters that go wonky are often way more exciting and memorable than the thing you think you are going to be getting. Being disappointed your big payoff didn’t quite work because the players were instead still vibrating through the walls at the swarm of giant spectral bees they had to fight after accidentally disturbing a ghost meadery is a natural feeling. Still, in tabletop, the players have a good time with it, so everything is fine and dandy. That’s the huge positive that comes with the immediacy and interactive nature of games. Wrestling is by necessity removed from this. A show-stealer can derail the show, and derail the overall narrative the company is trying to portray. 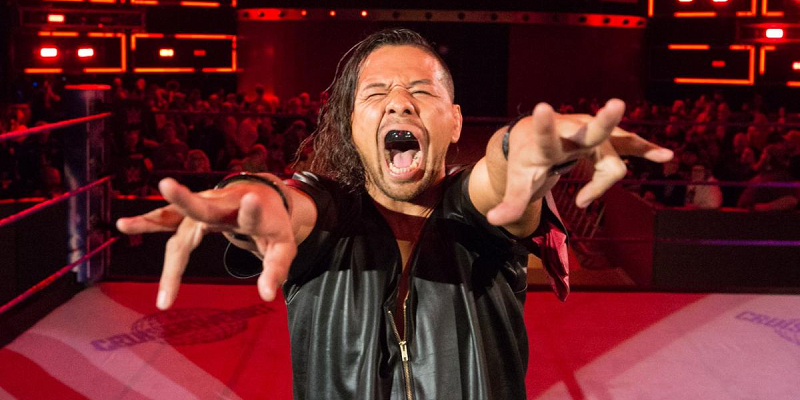 Sometimes show-stealers are intentional, and sometimes they need a little help. A steel-cage match involving great wrestlers has a high chance of being a show-stealer, for example. Of course, that’s the entire point. It captures the attention of the audience, who has been trained to look for the various shenanigans and storytelling that can only take place within a steel cage. Is someone breaking through it? Maybe someone jumping off it? Is someone going to play dirty to get the win? How is the cage going to be used as a character? A good match is going to answer these things, and has a high likelihood of being something the audience remembers.

On the other hand, a match pushing a new star in an unfamiliar situation is going to need the help of the matches around it to stand out. When the matches around this new star involve internet and independent wrestling darlings, it requires those matches to be underwhelming. The new star is going to have a real problem standing out if AJ Styles and Shinsuke Nakamura are going full-steam without any restraints. Those two guys can afford to have a “bad match,” whereas the new star cannot. So, it makes sense from an overall narrative perspective to tone down that match in order to let the new star shine all the brighter. However, it’s easy to see why people would then be upset at the individual narrative. It’s a matter of balance.

Imagine watching a daytime TV edit of John Wick. You are going to get roughly 40% of the original film, and everything else is going to have to be redubbed, harshly edited, and drastically changed from the theater version. It’s going to be very much like you are watching John Wick, but at the same time you are not really watching John Wick. Importantly, if you have seen John Wick before, you know it’s not the same as really watching it. If this is your first time watching John Wick, you would probably be confused as to why so many people like it, or think, “huh, I should track down the full version to watch it.” Either way, the product you are watching isn’t going to provide you the necessary experience.

That’s the case with Extreme Rules as a brand. We’re now far removed from the heyday of blood and insanity in pro wrestling – at least until it comes back in the future – and the guiding words are “family friendly.” So, having a match involving a baseball bat wrapped in barbed wire is less likely than having a tables match. In a tables match, the winner is the person or team to put their opposition through a table first. It’s a cool gimmick, but is it extreme? Previous matches have involved fighting backstage, using forklifts, setting people on fire, and all sorts of other shenanigans.

I mention this because while the theming was very strong, it was not the billed theme. However, I had no expectations regarding the billed theme, so I was fine. That said, I understand how others could be disappointed or eye-roll regarding the underselling of the stated theme. This should be an obvious lesson, but be clear in what you are selling. Let the twists come from execution rather than obfuscation. 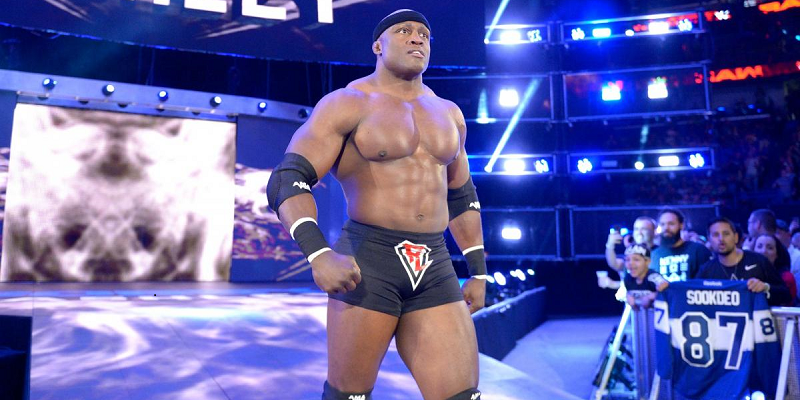 Ten matches appear on the main card for Extreme Rules 2018. In every match, the character who was confident and bragging about their superiority – heel or face – lost. Every character who let their pride get the better of them lost. This includes extending this theme to characters not in the matches but related to the matches through story. Let me quickly break it down.

The Deleters of Worlds did not consider the B-Team to be a credible challenge…and lost after their complacency caused them to accidentally hinder each other. Baron Corbin made fun of  Finn Bálor’s height and size, and eventually lost. Asuka lost to Carmella after getting overconfident and falling for several tricks someone who had been more respectful would not have fallen for. Shinsuke Nakamura defeated Jeff Hardy after Jeff Hardy opted to continue the match despite Shinsuke having cheated him.

Braun Strowman lost the steel cage match because he threw Kevin Owens off of it, technically allowing Owens to touch ground first and win. While it only sort of matters he lost, he did still lose because of his arrogance and desire to punish Owens. Team Hell No was defeated after the Bludgeon Brothers attacked them backstage, forcing Daniel Bryan to have to compete solo. Kane attempted to wrestle while injured, but ultimately couldn’t make the difference. Bobby Lashley defeated Roman Reigns cleanly. Reigns had been insulting and disrespecting Lashley prior to the match. Alexa Bliss retained over Nia Jax, despite Ronda Rousey interfering in the match. Rousey had been swearing vengeance on Bliss, but came up empty. Rusev lost to AJ Styles, and Rusev’s whole deal is about how great he is. Finally, Dolph Ziggler defeated Seth Rollins, who lost the title in an open-challenge to take on all-comers, and was then hoodwinked by outside interference multiple times.

This was a four or five hour wrestling event. It’s crazy to me that the writers continuously doubled down on the event theme, choosing the exact same outcome at every opportunity. Taken as a whole, it’s a powerful message about the dangers of pride and overconfidence. No matter who you are, the narrative says, if you are full of yourself you can expect to get in your own way. It’s really just that simple.

In addition to being an obviously ballsy approach to producing a show for fans, it’s also a pretty solid model for structuring any story framework in which you wish to execute something similar in your tabletop games. All you need is dedication to your event-theming. Any story you tell during the event needs to be in service to that event theme. Sure, you could be telling the story of Roman Reigns losing to someone who is probably a cyborg in real life because normal people don’t look like that. Just make sure that Roman Reigns comes off as a conceited jerk before you make him lose and you’re good to go. Jeff Hardy is still  a strange, popular babyface by raging against the odds. He just also has to make a bad decision when faced with an opponent who doesn’t hold his same ideals. It’s obvious stuff, but it’s stuff that requires your constant attention to detail and willingness to follow-through. 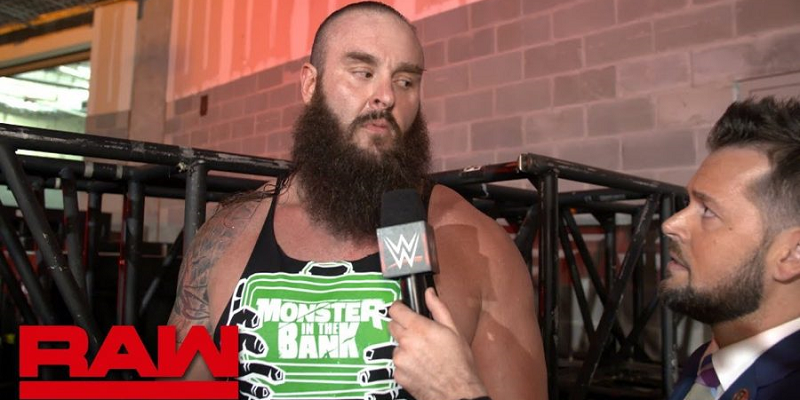 It’s easy to see why I find something like Extreme Rules 2018 so fascinating. It bucked the expectations in the audience in ways both good and bad, but always, always held true to its own messaging. I’m pretty big on thematic throughlines, if you couldn’t tell.

Still, it takes more that a good theme to make a fun game or tell a good story. The individual elements need to be good to add up to a solid final product. Theme isn’t a magic bullet. However, clarity of story and purpose are only going to add to the enjoyment of any participant in the tale. Again, that doesn’t mean you need to reveal all the secrets up front or nix mysteries in a noir game. It just means if you are running a noir game, make it as noir as possible and make the central McGuffin as clear as can be.

Anyway, it’s not as if this is a revolutionary concept, but it is very cool to see it creatively occurring in a big way. Wrestling is unique in that each event is essentially a story, while having any number of stories that occur over myriad events – each in service to a larger story. It’s cool to see this evolving storytelling on a regular basis, what works and fails, and what they consider worth stealing from themselves. It’s a good reminder to do the same for your own stories.