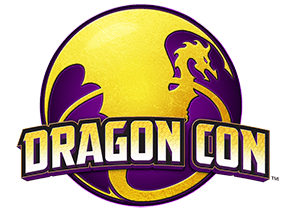 Dragon Con, one of the largest gaming conventions in the nation, will roll out a basement full of games, from the latest and most popular video games, rarely seen board games, and the first role-playing computer game played by the man who wrote it almost 40 years ago.

Dragon Con’s gaming program is for players, whether you’re a hardcore gamer or just have a casual interest,” said convention co-chair David Cody.  “Players can join friends playing the most popular games available or take some time to tryout games you can’t find anywhere except Dragon Con. Our games library features hundreds of games that can be checked out by any Dragon Con member.

Taking up more than 140,000 square feet in AmericasMart Building One and the Westin Peachtree Plaza Hotel, gaming at Dragon Con will feature the full array of gaming including PC and console games, board games, miniatures gaming, role-playing games, collectable card games, and even LARP games.  A large selection of modern arcade games from Japan and Asia not usually seen in the United States alongside classic American cabinet-style arcade games will be available for ‘round the clock free play.

Blizzard Entertainment’s Overwatch Payload Tour stops at Dragon Con this year to celebrate the fantastic Overwatch-oriented cosplay with a photo experience that puts cosplayers into the game.

They will be joined by several members of Blizzard’s in-house creative team including historian Sean Copeland, senior writer Andrew Robinson, and senior writer Christie Golden.  We will also have a trio of voice actors from the Overwatch franchise, including Anjali Bhiman, who voices Symmetra; Charlet Chung, who voices D.Va.; and Lucie Pohl, who voices Mercy.

eSports, sometimes called professional gaming, has seen a surge in popularity over the past decade with the growth of spectatorship fostered by the introduction of live streaming platforms.  Amazon-owned Twitch, Dragon Con’s broadcast partner for its tournaments, has approximately 1 million viewers at any given time for its eSports and related programming.

Dragon Con attendees can watch professional players and teams compete against each other live, while their gameplay is broadcast to overhead screens.  Gaming fans at home will be able to watch the gameplay via Twitch.

The Kids Gaming Adventure, a series of 45-minute sessions designed to introduce 6 to 12 year olds to board games, collectible card games, roleplaying, miniatures, and LAN-based video games returns for 2018. An accompanying parent is required at all times.