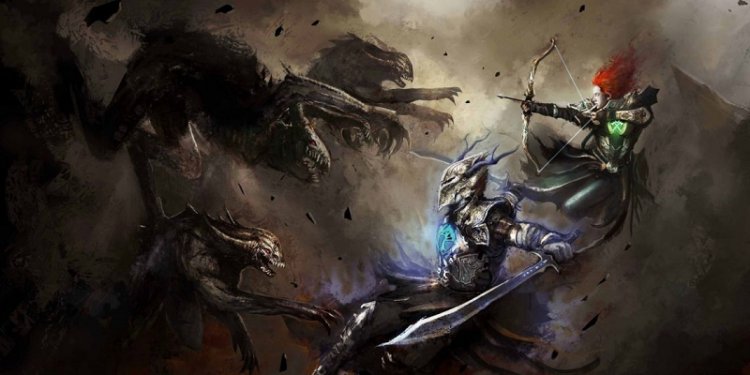 I don’t know if you know this, but there are a lot of magic items in D&D 5e. We’re talking into the hundreds. I was thinking I’d knock out a couple a week, but I obviously underestimated the amount of magic items in the SRF. I’m fully aware sixty some-odd articles on a single topic is probably too much for anyone to reasonably want to consume. No matter how interesting I think the content is, ain’t nobody got time for that. So, the plan is changing. Instead of a couple of patterns each week, I’ll be doing at least a full letter each week after this one. This week will still be dedicated to the long form examples with some breakdowns. I say “at least” due to not every letter having the same amount of entries. “F,” for example, is pretty bare on the ground. Anyway, let’s look at 5e Magic Item Patterns for Alternate Crafting: Part Two.

A Second Word on Snippets

Last week, I specifically stated patterns like ammunition +1/+2/+3 shouldn’t be a single pattern, but rather a series of patterns that highlights a single story. Other items, such as boots of elvenkind and cloak of elvenkind, benefit from a similar approach. You can turn any items into a series, honestly. Using last week’s example, I could make several items attributed to Opushen and tell a single story about her. However, I would caution against doing this too frequently if your goal is to support a wider world. If you want a narrow focus, by all means use the patterns accordingly. Patterns exist to provide crafting guidance and content for the whole group. The watch words for pattern development are engagement, reference, and collection.

There are two common approaches to serial patterns. The first is breaking one story into parts across multiple patterns. Typically, the story ends mid-sentence, creating a “cliffhanger” approach to collection. If done right, players will want the second pattern for the sake of continuing the story, independent of the mechanical benefit of having the pattern. The second approach is to make each pattern have a complete snippet, with each pattern advancing the story. Diary entries or letters are good examples of this second style. I personally love letters, as you get additional name drops and hints of relationships from the way the story is told.

Your work has paid off, my darling. As you thought, it was once the home to an early workshop of the Astral Covenant. Once we were able to decipher the symbols – a derivation of High Moonscript, as you expected – we found several caches of tools and materials. Fitil’s exuberance once again caused him some consternation, as he opened a buried box before enacting the diligence we all practice. We’ve named the star-worm that emerged from his wound Shushu, and it’s become something of our mascot during our continued exploration. Fitil keeps trying to secret it away in the middle of the night, so we’ve had to put it under constant surveillance. Ahnden might know why, but we certainly can’t figure it out.

I miss you dearly, and it’s just not the same without you. I can only hope this brings a smile to your face. We should finish shortly, barring more surprises, and I will visit you as soon as I return home.

Tool Proficiency Required: Smith’s tools or Woodcarver’s tools
Rank Required: Journeyman
Material(s) Required: a piece of jade worth at least 100gp, a vial of powdered copper worth at least 25gp
Conditions Required: a silver knife must be used in the creation process
Pattern Uses: 10
Work Time (in gp): 25gp

The clerics tell me you are not yet recovered enough to have me visit, but I remain hopeful. Until then, I am sure you want to know more of our progress. Shushu remains with us, and is now as large as an average Czolian hound, though perhaps not as substantial as Myasto. Unfortunately, Fitil is no longer with us. When attempting to visit you, I entrusted his care to the temple. My hope, as it is with you, is that he makes a full recovery. Truth be told, my hopes for your return to health are much more substantial. He played host to a star-worm and lacked the will to resist the call of its father. You are simply sick. While it’s true you have been sick for some time now, the clerics will surely find a cure any day now. Still, enough of such things for now. Based on our findings in the cave, we are traveling to the Perki in search of the nereids there. We will need to find appropriate gifts before arrival, of course, but we remain in high spirits we will gain audience. I will write again soon.

Tool Proficiency Required: Smith’s tools or Woodcarver’s tools
Rank Required: Expert
Material(s) Required: a piece of jade polished in the blessed currents of a nereid, a vial of powdered silver, petrified driftwood
Conditions Required: a silver knife must be used in the creation process, and item must be exposed to moonlight during the creation process
Pattern Uses: Infinite
Work Time (in gp): 25gp

You can now say your partner has dined with a queen. The nereids adored our gift – a jade and gold set of dragonchess – and welcome us into their homes. We spoke to them of Phaum Mob and our struggle against its touch. Our work with the Astral Covenant was discussed at length, including much discussion of Shushu. Queen Najwa took a liking to her, and Shushu seemed to reciprocate the affection. Needless to say, we are lighter one member of our troupe and the queen has a new pet. In hindsight, it was probably this that gained their assistance, rather than any compelling argument on our part. She granted us her blessing to a number of our black sapphires, and even told us of a rune tree that might be willing to share its heartwood with us not too far from the Perki.

We also spoke of more personal matters, too. I have not shared this with the others, but the queen made me promise her something for her aid. Though it pained me to do so, I knew it was the right thing to do. On my heart, I promise that if we cannot stop the spread of Phaum Mob’s touch before the next full moon, I will reserve one of our arrows for you. I pray it does not come to that, but when have we ever shied from the truth?

As you can see above, I opt for a “series of letters” approach to the patterns. The letters carry the names of potential NPCs, events that might be interesting to players, and some possible avenues of pursuing necessary items. The idea is to provide some framing and context to accompany what is honestly pretty boring. There isn’t really anything flashy about making a +1 arrow or even a +3 bolt, you know? Sure, the throughput is amazing, but it needs help to be the meat and potatoes of a good adventure.

Here, we see progression in each pattern tier. We start off with a specific stone – important to the setting, but still well within the magic item cost of an uncommon item – some materials that help specify the item, and a method of creation. For the first tier, the limiter isn’t really the materials, but instead the number of times the pattern can be used. The second and third tiers allow for infinite item creation from the patterns, but the materials are much more social and exploration driven. While this could become a combat encounter, it’s unlikely it does as the players will need assistance in order to get the materials for the items.

I’m also much more willing to have ammunition patterns be infinite. Let’s face it, having to track magical arrows sucks. Losing magical arrows sucks. There isn’t a real need to make this less satisfying to the players. Instead, they can travel, have some encounters, explore, and then craft with the nereids to make as many as they need. You’ll also note the creation cost is pretty low. Guys, you’re making one arrow at a time. It shouldn’t be all that time consuming in the scheme of adventuring. Let’s keep it brisk.

Next week, we’ll cover the rest of the A items. This is a whopping eleven items – including breaking apart armor the same way I did ammunition. It’s not a small amount of work, and I might be crazy. Still, I’m the one who proposed an alternate crafting system. If I want people to use it, I have to put my money where my mouth is. Buckle up.

What We Can Learn from Platforming Video ...