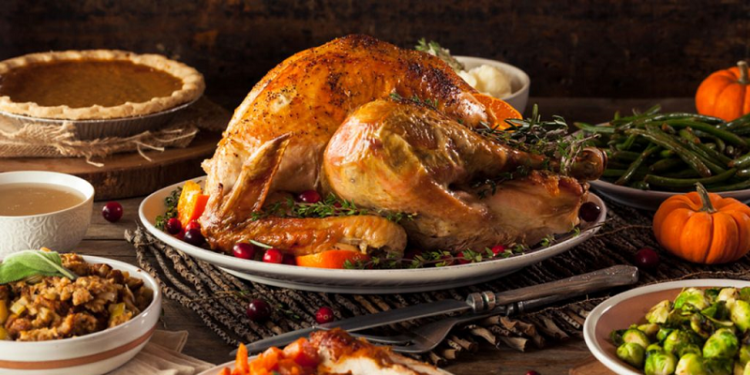 Happy American Thanksgiving! Holidays are a magical experience. Fights break out with your racist family members. You cry over childhood trauma. Your family sits awkwardly with your aunt’s eighth husband and act like he’ll stick this time, while already forgetting his name. You also eat delicious food and feel horrible about yourself later. This is truly the American holiday experience. Luckily, adventurers are more active than the majority of us, their evil family members are probably liches instead of racist, and…well, their childhood trauma is probably bloodier, but no more traumatic for all that. However, adventurers don’t have a lot of choices for fancy feasts they can cook up while in the middle of a hobgoblin warlock’s floating ziggurat. Time waits for no one but chronomancers, after all. Luckily, we’re here to have some Thanksgiving Treats for the adventurer on the go.

Also, I seem to post Thanksgiving stuff every year. Here’s the stuff from previous years:

This dish is most often seen in harvest festivals and festivals celebrating service, community, and family. One feast of thanks serves up to 20 people, and as long as 5 servings remain, you may create midnight sandwiches of regret with the remains of the feast. To gain the benefit of the feast of thanks you must spend at least one hour eating it.

When you eat a feast of thanks you gain the benefits of heroes’ feast. You may also choose to spend at least one minute giving thanks prior to eating the feast. If you do, the next time you spend hit die, you may re-roll any 1’s or 2’s that result on the die. Multiple hit dice may benefit from this effect, but only during one instance of spending hit die.

Tool Proficiency Required: Cook’s utensils
Rank Required: Artisan
Material(s) Required: phoenix meat, 5 oz. of salt from the tears of a fallen star, 12 devil shallots, 5 heads of moon garlic, 20 earth-infused potatoes, 24 flamekissed rolls, jelly sauce made using berries from an archfey’s garden, a pasta casserole blessed by the ghost of an ancestor after divulging a secret,  an everburning flame
Conditions Required: may only be prepared during a long rest
Pattern Uses: Infinite
Work Time (in gp): 20gp

Note: In theory, the phoenix probably grows back right? I’m not sure how that works, honestly. There are a lot of strange components here, but the idea is that adventurers would need to go and harvest these things for the cooks who just want to spread love and harmony. Tears of a fallen star? It could be salt mined from chunks of meteor, or it could be from a creature that is a fallen star. Lots of possibilities from that phrase. Likewise, devil shallots should be fairly evocative. The moon garlic, earth-infused potatoes, and flamekissed rolls are all items that come from specific locations, and in specific circumstances. It should be fairly easy to turn this into adventure fodder. Getting berries from the garden of an archfey could end up being a heist, or a bargain, or something that requires a black market. This should all be vague, yet compelling Also, it’s a pretty solid item that benefits a lot of people.

Magnificent meal, very rare (consumable)
Made from the remains of a feast of thanks, midnight sandwiches of regret are often consumed hours later during the cover of night when friends and family can’t see their secret shame. What were separate courses during the feast are now piled on a single sandwich without any regard for their flavor combinations.

When you eat a midnight sandwich of regret you gain advantage on Charisma (Deception) and Charisma (Persuasion) ability checks for the next 24 hours. Further, you gain the benefit of the aid spell as if it were cast using a 3rd-level spell slot. However, you have disadvantage on all Strength (Athletics) and Dexterity (Acrobatics) ability checks for one hour after a midnight sandwich of regret.

Tool Proficiency Required: Cook’s utensils
Rank Required: Artisan
Material(s) Required: at least 5 servings of a feast of thanks, a crystallized shadow olive, toothpick hewn from a twilight maple
Conditions Required: must be made under the cover of darkness
Pattern Uses: Infinite
Work Time (in gp): 5gp, spendable during a short or long rest.

Note: Everyone makes leftover sandwiches at midnight, right? I can’t believe this is just me. I think it’s a family tradition. You eat your meal, you eat dessert, you drink, then you make the sandwich while still drinking. A twilight maple is a tree that grows only in a certain area, probably one that doesn’t see much sunlight or moonlight. A crystallized shadow olive? Probably something from the shadowfell or in a horrific cave. It does have a negative effect, but it’s thematic with overeating and hating yourself, so it’s fitting.

The secret behind twilight bourbon and celestial pecan pie lies in the fey brown sugar, allowing the consuming creature’s stomach to have room to eat the pie even if they are otherwise full. Fey nobles gift this pie to the most loyal of their followers.

Twilight bourbon and celestial pecan pie has six servings. When you eat a serving of twilight bourbon and celestial pecan pie you gain a portion of the fey noble’s blessing. Within 24 hours of eating a serving, you may gain the effects of the bless spell upon yourself as a reaction to rolling initiative. This bless only affects you, lasts for 1 minute, and does not require concentration. However, you have disadvantage on all Wisdom (Insight) ability checks made against fey, and on Wisdom saving throws made against effects from fey.

Material(s) Required: 1 pound of celestial pecans, bourbon aged in a cask hewn from a twilight maple, brown sugar given by a fey noble
Conditions Required: it must be prepared in a sprite’s hearth
Pattern Uses: Infinite
Work Time (in gp): 5gp, spendable during a short or long rest.

Note: I really want this pie. I don’t care if it puts me in debt to the fey. It’s probably delicious enough to put your soul into debt, like Homer and the forbidden doughnut. The theme here is mostly around accepting fey food, and the concepts surrounding hospitality. Anyway, man, this sounds delicious.