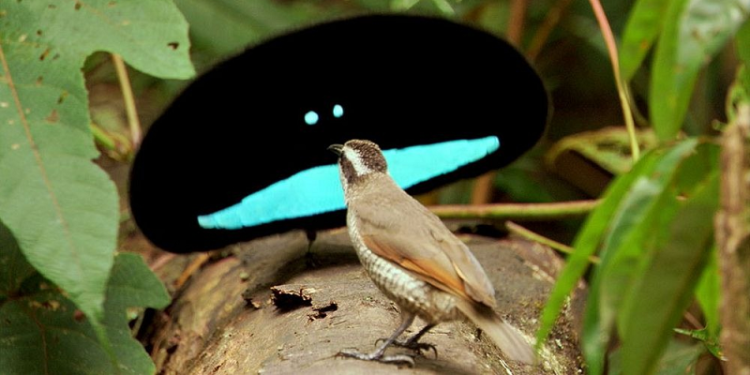 Back in November of last year , I jokingly built a bunch of races and class archetypes based on Thanksgiving. This was part of an article discussing options for a Thanksgiving -themed one-shot, as most holiday games tend to focus on Halloween and Christmas. Halloween and Christmas aren’t the only holidays that deserve ridiculous and fun one-shot concepts, damn it! I did a New Year’s one too, focusing on Janus and the weirdness of Space-Time. This is all in good fun, and meant to be lighthearted content you can goof off with, but still manages to adhere to the design standards outlined as part of 5e. This content has been through a few versions at this point, but this would be the second version worth sharing.

With Xanathar’s just around the corner, these were archetypes that others brought up in design conversations with me. So – a year later – here are updates for them. You don’t have to play as turkeys or bird people in order to use these. It’s just in the spirit of the season to do so. My spirit of the season. You can do whatever you want. I’m not your dad. Unless my son is reading this, in which case I am your dad.

Either way, be on the look out for even more Thanksgiving content the rest of the month. Cursed items might be fun!

Druids of the Circle of Feathers are the scouts, spies, and informants of the wilds. The order gathers high in the tree tops, on mountain peaks, and on vast overlooks and cliffs. They prize their independence, but train to work together at regular intervals. The Circle of Feathers have rigid power structures, relying on yearly tournaments to determine the pecking order.

When you choose this circle at 2nd level, you gain the ability to Wild Shape as a reaction to rolling initiative. When you do so, you have advantage on Wisdom (Perception) and Dexterity (Stealth) ability checks while in your wild shape.

Additionally, after successfully hitting with an attack while in a feathered Wild Shape, you may expend a spell slot to deal an additional 1d6 thunder damage per level of the spell slot expended. You gain temporary hit points equal to the thunder damage you deal from this attack.

(Note: Renamed and reworked a bit to include some thematic elements in support of birds as a chosen shape.)

Starting at second level, you gain increasing control over Wild Shaping into feathered creatures. You may ignore the flying limitations in the beast shape table. Your fly speed is either the same as your walking speed, or governed by your wild shape – whichever is lower. You may use your Wild Shape to transform into a feathered beast with a challenge rating as high as 1.

Starting at 6th level, you can transform into a feathered beast with a challenge rating as high as your druid level divided by 3, rounded down, and your flight speed is no longer limited by your walking speed.

(Note: Added an additional limitation on early flight, but removed it at the next power break-point.)

Upon reaching 6th level, whenever you take the dash or disengage action, you may make a melee attack after completing your movement. When you do so, you have advantage on the attack.

Additionally, attacks made while Wild Shaped into a feathered creature counts as magical for the purpose of overcoming resistance and immunity to nonmagical attacks and damage.

(Note: This feature was underwhelming, and has received a bit of love. It has also been renamed.)

Beginning at 10th level, you may wild shape into a feathered beast as a reaction to rolling a saving throw against being charmed or frightened. If you do so, you automatically succeed at the saving throw, and may use the dash action – provided you use the raking talons feature with it – as part of this reaction.

At 14th level, you can expend three uses of Wild Shape at the same time to transform into a thunderhawk. A thunderhawk uses the statistics of an adult blue dragon, without the legendary resistance, legendary actions, and frightful presence.

(Note: Thunderhawks can now use their tails. Who am I to hold them back?)

In bird culture, making fun of cleric domain names is considered a dick move. Seriously though, it’s called the Feather Domain because all of the cleric domain names are like that. It can be renamed the Winged Domain, the Avian Domain, or whatever you want. The goal of the rework is to tweak the options a bit to better support the core concepts.

The feather domain isn’t just about flight, nor is it simply about birds. Instead, the feather domain is offered by those gods who value wisdom, nature, ingenuity, and flights (heh) of fancy. Worshipers of Silvanus, Fharlanghn, Habbakuk, Chislev, Athena, Thoth – as well as others – might have access to the Feather Domain.

When you choose this domain at 1st-level, while you wear no armor and do not wield a shield, your Armor Class equals 10 + your Dexterity modifier + your Wisdom modifier.

Beginning at 1st level, you may choose an ally you can see. If your chosen ally performs the same type of actions as you before the start of your next turn – such as making a ranged attack, melee attack, or casting a spell – the ally may roll a 1d4 and add the result to all rolls for that action. If the chosen ally performs multiple actions or attacks, they only benefit from this feature on the abilities that are the same as the one you performed.

(Notes: Changed the limitations. It didn’t need to be quite so restrictive.)

Beginning at 6th level, whenever your ally successfully triggers the flock together feature, you and your chosen ally gain a reaction. Whenever you or your ally are targeted with an attack, the other may unleash an ear-splitting screech. The attacker must make a Wisdom saving throw equal to your spellcasting DC. If the attacker fails the saving throw, he suffers thunder damage equal to twice your cleric level and has disadvantage on attack rolls and saving throws until the end of your next turn.

This feature may be granted to you and your chosen ally a number of times equal to your Wisdom modified (minimum of 1). Completing a long rest restores the uses of this feature.

(Notes: Reworked usage and secondary effect of this feature.)

At 8th level, you gain the ability to infuse your ranged weapon strikes with divine energy. Once on each of your turns when you hit a creature with a ranged weapon attack, you may cause the attack to deal an extra 1d8 thunder damage to the target. When you reach 14th level, the extra damage increases to 2d8.

You may instead opt to add your Wisdom modifier to the damage you deal with any cleric cantrip.If you choose this option, you do not gain the first half of this feature. You may swap between these two choices whenever you level.

At 17th level, you may unleash blessed quills upon your foes. As an action, you may choose to spin in a circle, targeting any number of creatures you can see within 30 feet. Creatures in the area make a Dexterity saving throw against your spellcasting DC, suffering 5d8 thunder damage, are pushed back 10 feet, and gain vulnerability against all damage until the start of your next turn on a failed saving throw. Creatures who succeed on the saving throw suffer half damage, but no further effects. Once you have used this feature, you may not do so again until you take a long or short rest.

(Notes: Clarified this feature, and added the on-save effect.)

Way of the Feathered Fan

Monks of the Way of the Feathered Fan are masters of blending performance and combat. This esoteric order focuses on using a battle fan to confound their foes and delight their friends. They learn to perform dances to inspire, call upon ancient beings, and capture the senses.

Beginning at 3rd level, you gain proficiency with battle fans. Battle fans are a mutable martial weapon that may have the statistics of a longsword, rapier, or shortsword, chosen at the end of a long or short rest. You may use your Charisma or Dexterity modifier when making attacks with a battle fan.

A battle fan costs 25g, and comes with a pack of interchangeable weights and blade to alter the fan. This pack weighs five pounds.

When you choose this tradition at 3rd level, you gain the ability to channel mystic acid through your fan. You may use the battle fan to make ranged attacks, flinging bolts of mystic acid at your target. This attack has a range of 80/320, and deals acid damage instead of your battle fan’s normal damage type.

Starting when you choose this tradition at 3rd level, you gain proficiency in Charisma (Performance) and one of the following skills: Charisma (Deception), Charisma (Intimidation), or Charisma (Persuasion).

Additionally, you may use Charisma in place of Dexterity when calculating Unarmored Defense.

Dance of a Hundred Swans

Once you have used this feature, you may not do so again until you take a long or short rest. You may spend 2 ki to use this feature again without resting.

Dance of the Jade Serpent

At 11th level, you gain the ability to create mystic venom you can share with yourself or your allies. Make a Charisma (Performance) check as an action. For every 5 points of the result, one of your weapons or one weapon of an ally within 30 feet that you can see becomes envenomed.

Once you have used this feature, you may not do so again until you take a long or short rest.You may spend 3 ki to use this feature again without resting.

Dance of the Eternal Gaze

Starting at 17th level, you learn to dance in a way that prevents others from doing anything other than watching. As an action, you perform a dance, and choose up to your Charisma modifier (minimum of 1) in targets. Each target must succeed on a Charisma saving throw, where the DC is 8 + your proficiency bonus + your Charisma modifier. On a failed saving throw, the creature is incapacitated and suffers 2d8 psychic damage immediately and at the start of each turn. This damage ends when they are no longer incapacitated. Incapacitated creatures may make a new saving throw at the end of their turn. On a successful saving throw, the creature suffers 4d8 psychic damage and no other effects.

Once you have used this feature, you may not do so again until you take a long or short rest. You may spend 5 ki to use this feature again without resting.