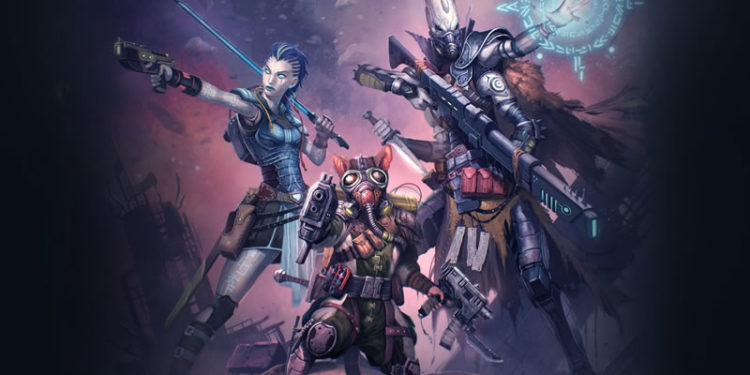 If you are Starfinder fan, might be fun to get in on this playtest and try out three new Starfinder classes – biohacker, the vanguard, and the witchwarper . They’re available to play in the free Character Operations Manual Playtest (28-page PDF download).

See the full details in the press release from Paizo below or visit StarfinderPlaytest.com.

Explore the galaxy with new science fantasy themed classes: the biohacker, the vanguard, and the witchwarper!

“This is our first opportunity to add new classes to Starfinder since the game’s release in August 2017, and we need your help to do it! Try out these new classes in Starfinder Society scenarios, Starfinder Adventure Paths, or your own adventures. Then tell us what you and your friends thought of the experience. Paizo needs your feedback to make the classes in the Character Operations Manual the best they can be,” said Starfinder Creative Director Robert G. McCreary.

This playtest focuses on three new classes for the upcoming Starfinder Character Operations Manual, a sourcebook full of new character options that is scheduled to release in late 2019. First up is the biohacker, a brilliant super-scientist who analyzes their enemies and creates injections that can help allies or hinder foes. Biohackers specialize in scientific fields of study and utilize a scientific method that is either studious and methodical, or instinctive and improvisational—the hallmarks of any good mad scientist! Next is the vanguard, a martial character who excels in melee fighting and channels the entropic forces of the universe to manipulate their surroundings, bolster themselves and their allies, and power their devastating unarmed strikes. Finally, Paizo presents the witchwarper. This Charisma-based spellcaster pulls from alternate realities to power their magic and alters the environment and even nearby creatures to the witchwarper’s advantage. This playtest is a chance to get a look at early versions of these classes and have a hand in their development before they hit shelves next year!

The playtest will run until January 16, 2019. Feedback surveys on StarfinderPlaytest.com will be open throughout the playtest.

Players can engage with other players and designers on the Character Operations Manual Playtest forums, discussing the new classes and possibilities for the future. While Paizo wants to focus on actual play feedback, they are interested in hearing all ideas about the classes.

Players can also join Paizo on their Twitch channel at twitch.tv/officialpaizo. They host a live Starfinder stream every Wednesday at 4:00 p.m. PST, where they talk about all things Starfinder—including the Character Operations Manual Playtest! Videos from that stream are archived on Paizo’s YouTube channel at youtube.com/PaizoInc.

About Starfinder
Set thousands of years in Pathfinder’s future, Starfinder is a science fantasy roleplaying game designed to bring you a whole new universe of adventure. The world of Starfinder puts you and your friends in the role of a ragtag starship crew exploring the mysteries of a strange and exciting universe. Play alien races both new and familiar as you explore the mysteries of a weird galaxy. Uncountable worlds are waiting for you and your intrepid crew! Explore the Starfinder Roleplaying Game at paizo.com/starfinder.

About Paizo
Paizo Inc. is one of the world’s leading hobby game publishers. Since 2002, millions of players have joined the goblin army by playing the Pathfinder® and Starfinder® roleplaying games across tabletops, at conventions, at their favorite local game store, and digitally on virtual tabletops. Paizo.com is an online retail hobby destination for millions of gamers that carries the latest products from top hobby game publishers. Players also find accessories, like dice and maps, miniatures, T-shirts, goblin plush toys, and the newest releases to quickly replenish those adventuring supplies for the next dungeon run.