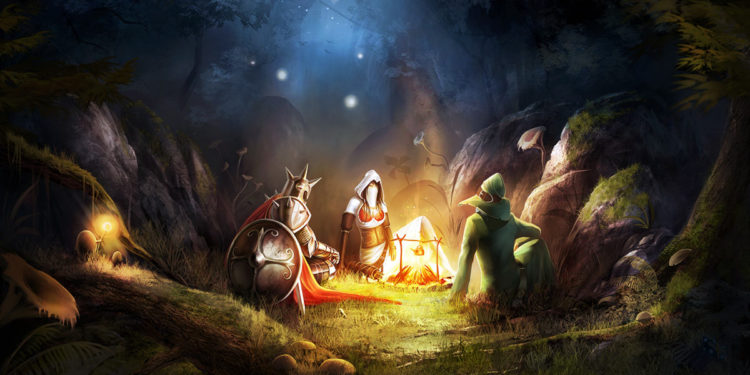 As you wake up from the cold cave, you notice your bellies began to rumble, and your vision becoming blurry. It’s the second day you’ve been moving without any food and you think you still have got four more days until you reach your destination. Time is of the essence! However, what you did not notice because of the sound the rain is making outside is that Bock the IV (your mule) is being chased by a Dire Ape. The great beast looks towards you, with some drool coming out of its mouth. Roll for initiative!

Since I first heard of the Tomb of Annihilation adventure and its journey through the jungle (this is no spoiler, nor will I say any, don’t worry), I’ve wanted to run it with my players making survival a huge part of it. 5e has lots of rules to make this kind of game, but we tend to skip them as it’s not that important for most campaigns, or ends up becoming more of a nuisance than an improvement.

Talk about it with your players

This kind of campaign/adventure is not suited for every gaming group. The PCs will suffer, probably a lot, as well as will need to worry about stuff they normally don’t even care about in other games.

Be sure everyone agrees and is mentalized to run something like this before starting it. A huge part of these kind of adventures is not the final goal itself, but also the journey.

Food and water play a vital role in these kinds of games. In page 185 of the PHB you will find some rules on how to rule these stuff.

The PCs will have to pack some food rations before going on an adventure, as well as be ready to find something to hunt in the wilderness. Even though the rules state you can make a check to find or hunt some food, you should be altering this depending on the location they are in. There will be different animals in the jungle than on the desert or freezing mountains. If you consider it should be difficult to find some animals, or fruits in this area, make the DC higher. Same goes for water, and they might need to recharge lots of water skins if they want to survive for a while.

If players don’t want to stop to look for food/water while traveling, highly increase the DC to find some on the move. If they do stop, roll for random encounters with a chance of happening varying from their location. Players should never know when they stop being hunters to start being prey. You don’t want to make all those encounters combats though; traps set by other groups of adventurers, exotic findings, refuges, dead animals, weird ruins and great lookouts of what lies ahead are interesting things they can find too. 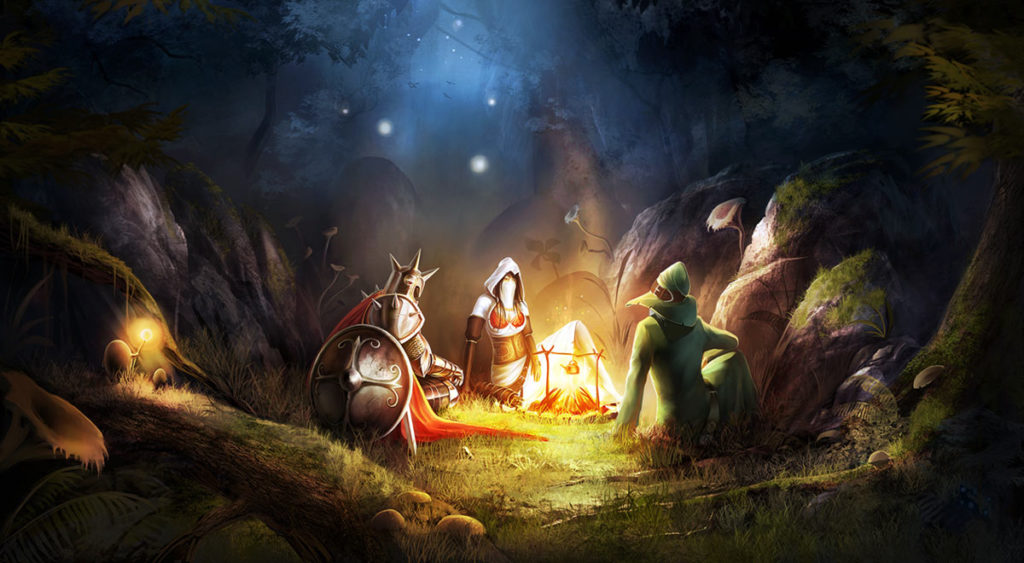 These are the kind of adventures that I think the encumbrance variant rule (page 176 in PHB) was created for, as it becomes an annoyance in most campaigns/adventures.

However, adding encumbrance adds a whole new level of depth to your game! PCs can’t carry everything they find and might need to decide to leave things behind or sell them.

Do they want to keep more things they should be able to? They will start losing speed or having disadvantage in their ability checks/saving throws. Are they willing to pay the price for some items? Will they take the risk of carrying that enormous and heavy pile of coins all the way back to the city?

The best alternative is to get a mule or some carriage to transport your stuff, which means the players will need to always have an eye on it in case some bandit tries to steal their stuff. Will they risk leaving the mule behind while they go into a dungeon? Where are they going to leave it when they get some night’s rest in an inn?

Always keep a random table with the possible weather as it will affect your game. Describe how the penetrating sun rays make the players thirsty and start exhausting them.

As you continue walking through the trail the wind starts blowing intensely and rain begins to pour from above. You can see some animals finding refuge below some rocks as raindrops slide through your now wet faces. Some thunders crackle and illuminate the horizon. You don’t know how much time you’ll be able to continue walking with your boots sticking to the mud without catching some disease.
As the halfling moves one of the big leaves, a swarm of mosquitoes show themselves and start circling your heads.

This is just one way to describe the weather. Depending on whether it’s a windy, snowy, warm or rainy day it will affect your player characters differently. As it should be leaving a heavy impact, describe it as best as you can as well as how it interacts with the players. The more you describe the more you will make their creativeness grow in them to do something about the weather.

Take into account that ignoring some of these occurrences may make them sick or get diseased. For these, make them do Constitution Saving Throws depending on how the weather is, how they affect them and whether they decide to mitigate it in some way. If they do get sick, give them a momentary decrease in an ability or make them gain a point of Exhaustion.

Some spells easily destroy the fun from these kinds of games. After investigating for a while I realized what most people do in their games with the Goodberry and Create Food and Water spells is:

Always have an objective

In these kind of games players will be bored if they don’t have a clear objective. Let them do their own self proposed secondary quests if they like, but always have one objective be their center of attention.

Tomb of Annihilation has a lot of time happen in the jungle, but because of the Death Curse they always have a clear objective to keep moving forward. The clock is ticking and stuff shall be done for a greater catastrophe to be stopped!

Even though hit points is the thing normally players worry the most about, in this type of campaigns you as a DM can have some fun by making them worry more about their supplies than their health. Have bandits, or maybe a random animal steal one of the player’s bag with the food. Want to be SUPER evil? Have a group of villains take revenge on the players by killing their so beloved mule (which after some time will probably be someone your players care about) and burning all the food and supplies.

Finally reaching society, a town, a city or some tribe should feel like the best thing ever to your players. It’s a place where nights are safe, they can get some well-deserved rest and resupply their food and water, as well as sell all the things they don’t care about.

You can always invent certain effects for illnesses or diseases, such as always being tired, delusions, losing ability stats, etc.; however, if you don’t want to take the time to plan that, or want to make it extra dangerous, make each day that the player loses a Constitution Saving Throw earn an Exhaustion point. This will terrify your players and make them start running around looking for cures for their comrades. Just in case you don’t remember, the 6th Exhaustion point means death.

Getting lost and having guides/maps

Last, but definitely not least, you can’t have a survival game into the wilderness without getting lost from time to time. Convince one of the players to be the cartographer and mark the interesting things they find along the way, as well as mark the places they want to reach. Make the player leading the group make some survival checks from time to time to know how well they are going. If that person starts rolling low numbers, the party might end up where they passed the night two days before. This is where rangers shine the most, so let them enjoy their class by always being able to locate themselves, or at least have great advantage when doing so.

Paying for a guide to show you around is another great choice, and I’ve seen that appear in Tomb of Annihilation as well. Having not played that part of the campaign, I can’t say for sure how well it does work, but it seems like an interesting thing to add.

Despite being a controversial and very different type of adventure to what we are used to, adding elements of survival to your campaign can be extremely immersive and make your game better. Do you feel of adding one or two things about what I talked about to your campaign? Have you thought of some other details to improve this survival style? Let me know at the comments and discuss it for a while.