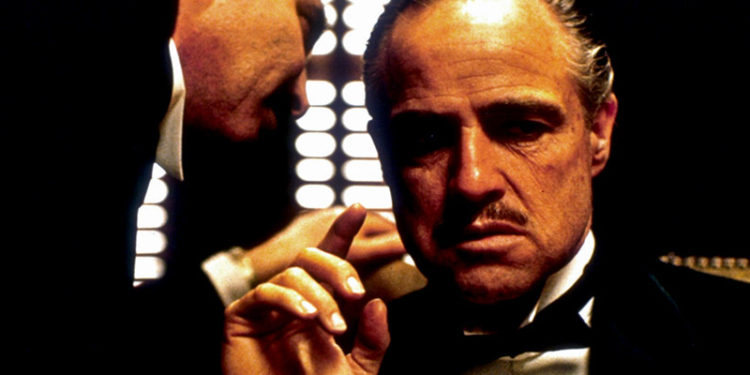 After infiltrating the Zentarim’s base of operations, questioning a Harper, and kidnapping one of the closest men to Xanathar we find ourselves in our own quarters joining the dots. Strangely, all of the criminal organizations have a drow in their highest ranks. Could this all be connected to Jarlaxle and his group?

There’s only one way to find out. Let’s make him an offer he can’t refuse.

Whether you are running an urban campaign, or your players are investigating way too much what is going on in a specific city, adding some Mafia theme adds an extra layer of fun your players may love. It takes a lot of work from the DM side and investment from the players to make it work though. Here I’ll be leaving some tips and tricks I like to use to create this sense of mystery and thematic in your game.

As always, first consult your players

Even though they may seem a lot of fun for you, it may not be for the players in your game. These kind of adventures may have a lot of murder, lies, robbery, suspense, infiltrating and detective work. This could mean (not always) that the scarier enemies will be the crime lords themselves, not the huge pile of enemies to be found in the Monster Manual.

If your players are looking for another feel in your game you can either go with a different type of game or leave some clues during their adventures overshadowing the big criminal groups they will discover at a later stage. 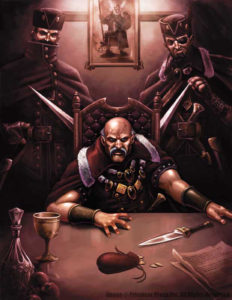 A criminal organization or mafia-style group can’t exist without their connections. There are tons of movies and TV series you can take some inspiration from, as well as their reasons to coexist with some other enemies. Make group A work with something group B may desperately need. The latter will be giving constant information about the city leaders in exchange for that stuff. They might hate each other to death, but can’t leave without that connection or agreement taking place. The more groups you add, the more arrangements and back stabbings will happen, making it feel more alive. You don’t need a lot of it developed at first, as players will take a long time to decipher all of it, giving you enough time to add more stuff during sessions.

Let players fill in the gaps

As I’ve talked in THIS ARTICLE, it’s the players who come up with some of the best plots, plot twists, and mind blowing theories. Keep track of some of the most interesting ones so you can use those against them on a later date.

A sense of mystery and suspense

Mystery and suspense may be the two most important aspects in these kinds of stories. Even a simple plot may be suspenseful if DMed by the right person. Create some connections between criminal organizations, people in the city and some lone wolfs who are also doing shady stuff. Give as little information as you can, making the players have to pay someone to do their job or dirt their hands.

When in doubt, start an explosion, chase or murder someone

If players start taking way too long to do something, or they run out of ideas, make one of their enemies cause a big explosion, start a chase sequence (maybe a guard trying to stop a thug, or some assassin chasing another), or maybe make someone shout because he/she found a dead body. These are all awesome adventure hooks to start uncovering the mysteries in the city, or try to stop an evil party before causing a bad happening.

Time is of the essence 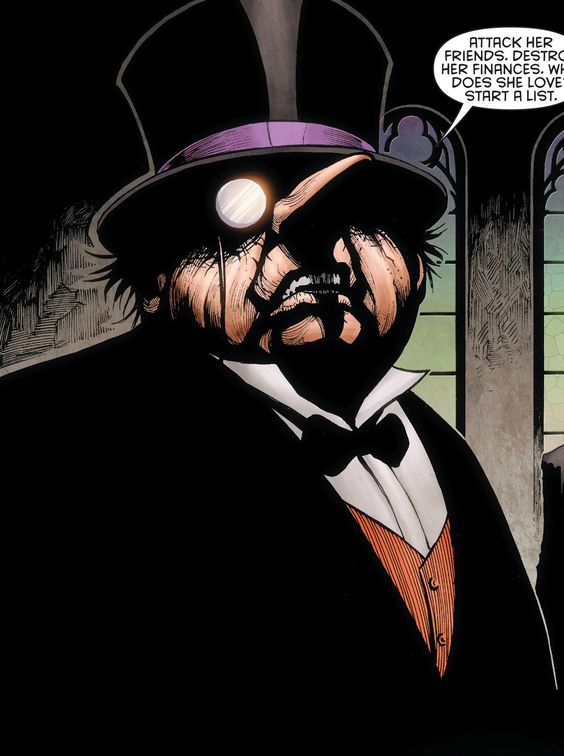 The Penguin, from Batman comics

When dealing with these types of enemies, time is a fundamental matter. While players take their time wasting it investigating a random NPC, a tower may collapse in the other side of the city. Try to have some things taking place in the background during your session. Your players may be having a meeting place with one of the mafia bosses’ right hand when they hear a guard yelling at a strange fellow down the street, or a window exploding.

It may take some extra time to plan these kind of things for a session but you can always think of an idea and improvise it during the game if you feel you can do so. It creates a believable city, and something your players may want to take part in.

Every criminal organization is divided in different ranks depending on the importance of each member. Waterdeep: Dragon Heist, as well as page 22 in the Dungeon Master’s Guide (DMG) has some examples of names for each of the ranks in them. Don’t bother creating an NPC for each rank, but try to have a general idea of the big fishes in each group. These will be the ones that will do the dirty work for the boss, or whoever you will need to fight before reaching the head of the organization

Are you ready to make your best Al Capone or Don Corleone impressions? Doing these kind of adventures you can play in almost any player level and have good results. Do you have any extra thing you would add to a campaign featuring criminal masterminds? Do you have any experience in this sort of playstile and would like to tell your story? I would gladly read what you’ve accomplished or whatever you think should be added!