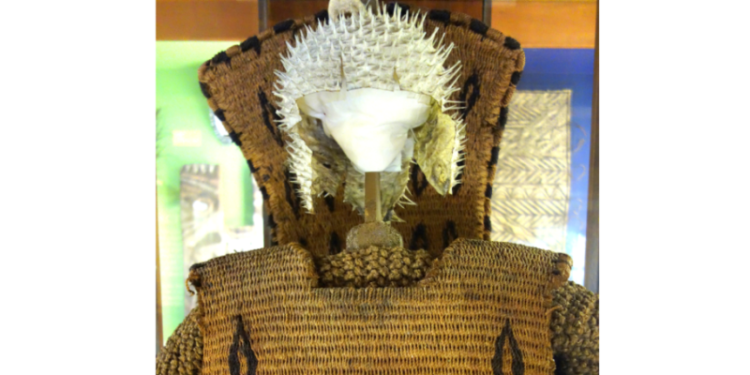 As I mentioned over in that Twitter thread, I like 4e’s armor materials, but not how they got implemented. In principle, getting cool feyweave cloth from the fey weavers of the Feywild is classic moment from a lot of fantasy adventure. It’s found in Tolkien several times over, among other places. On the other hand, when it’s the standard and required upgrade just to keep up with the game’s math curve, it becomes tedious, unless the DM goes all out on telling stories about it. 5e, on the other hand, doesn’t expect your AC to improve significantly over the course of play, so as long as I don’t go to the well of AC improvement, I can explore materials above common steel, leather, and wood without getting too crazy.

It’s worth noting that I’m also inspired by the materials of later 4e books, which granted minor benefits beyond AC bonuses. Bonuses to non-AC defenses, small-number damage resistances, that kind of thing. The armor characterization tables in the DMG are solid moves – I’m trying to build beyond that.

I want to thank Colin for his feedback and contributions to this work.

In 4e, cloth armor (as a grade below light/leather armor) is a thing. For 5e, I’ve got to explain that it’s simultaneously armor and not armor – it doesn’t count as wearing armor, but you can’t combine it with wearing a suit of armor. That, or I design these to be surcoats, tabards, and cloaks. I like the idea of these becoming robes for monks, sorcerers, and wizards. The aesthetics of a barbarian wearing the same shouldn’t bug me, but it does.

In an earlier draft of this work, I focused on narrowly statting each material. I’m now persuaded that that’s a limited approach, where keywords could make things more approachable.

Guard. Guard armor items specify a damage type. When you take damage of that type, reduce the damage taken by 3. If you are also immune to that damage type, you instead gain 3 temporary hit points.

Layering. This armor is lighter than leather or padded armor, and doesn’t require proficiency in any armor type to wear. It can be worn on top of one suit of light or heavy armor.

For example, a feyweave robe is a cloth robe or surcoat spun from the stuff of dreams in the Feywild, and sold to mortals only in goblin markets. It is bolstering (Dexterity saving throw or Charisma saving throw) and layering.

A starweave robe is woven during the moonless nights of a year. It is said that the skein of fate is made of such thread. It is bolstering (Intelligence [Arcana] or Intelligence [Religion]) and layering.

A githweave robe is made from a type of cloth that can only be woven in Tu’narath. It is bolstering (Strength saving throw or Intelligence saving throw) and layering. If you are not wearing another suit of armor, your base Armor Class is 11 + the better of your Dexterity or Intelligence modifiers.

That’s all I care to cover of cloth types – the others are generally conceptual progressions on these themes but with bigger numbers. The point of creating bolstering, guard, and layering is that they’re useful tools for you, dear readers, to make a wide variety of other materials.

I see these armors as being magic items in the same sense that adamantine armor is a magic item. Yes, it’s literally listed in the Magic Items chapter. It also feels like a baseline rather than a major item, and all the more so if you did play 3.x or 4e D&D. So I’d say that these are all Wondrous items, rare and don’t require attunement. Githweave might need to get kicked up to very rare, or add attunement.

At least here I’m not struggling with what is and isn’t armor. We’re just doing a small-benefit thing – a paradoxically complicated design space. With bolstering, you get bonuses to things you’re less good at, and covering weaknesses is generally less powerful than heightening strong suits in a multi-character party.

The 4e Player’s Handbook upgrades to leather are “feyleather” and “starleather,” which… don’t have a lot of cachet for me after “feyweave” and “starweave.” If you do like them, great! It should be obvious how to create them with the bolstering trait. Adventurer’s Vault offers some different ideas; my favorites are snakeskin armor and its direct upgrade (that’s strangely more of a sidegrade), anathema armor. Doing some comparison, we also see that you’re trading some AC for other benefits. This was also true for cloth, but somewhat masked by the fact that cloth barely granted AC in the first place.

Snakeskin leather was created by the yuan-ti, can be used to make leather or studded leather armor. It has guard (poison).

Anathema leather is created by working alchemical and shadow-magic processes upon snakeskin leather. It can be used to make leather or studded leather armor. It is bolstering (Intelligence saving throw or Charisma saving throw) and has guard (poison).

This is the use case to explain why guard has a clause about “if you are immune.” I ran into the obvious logic problem that yuan-ti, who are immune to poison, would never need armor that reduces poison damage. Colin suggested this fix, which I like for the later armors in this article as well. A flat damage reduction is unusual, of course, but I’m taking the benefit of Heavy Armor Master as my touchstone here – a single non-B/P/S damage type is good but not out of control. These are all fair things to critique, of course! I’m experimenting.

I went with Int and Cha for anathema armor because those are the yuan-ti ability score adjustments.

I’m not crazy about bringing any of the hide armors of 4e into 5e. 4e hide is not the “substandard for its grade” that 5e hide is. Bringing it up to par needs a lot of thought. As far as that goes, doing anything in the medium-armor design space takes some care.

That said, if you want to bring in earthhide armor as bolstering (Strength saving throw or Constitution saving throw) and guard (acid), it might start to be a viable choice, particularly for some druids?

4e doesn’t have separate armor options for “chain shirt” and “chainmail” as 5e does, and that is sort of an odd distinction in 5e. I don’t think it’s any great leap to conclude that the difference between the two is that chainmail adds chausses (the part that isn’t a shirt), a gambeson (called out in the PHB text), and a coif, to the tune of 25 gp and 35 lb., resulting Stealth disadvantage, a Str requirement, and taking Dex out of the equation. Personally, I would allow players who own a suit of chainmail to convert down to a chain shirt, but again because of medium armor’s quirks, there’s almost no incentive to do so.

Forgemail: This dwarf-forged mail insulates the wearer from heat unusually well. It has guard (fire).

Spiritmail: This mail is made in the foundry-temples of crafting gods, each ring marked with tiny warding-runes. It is bolstering (Constitution saving throws or Charisma saving throws).

Crysteel: This mail is forged by genasi dwelling in the Elemental Planes of Fire and Earth, working crystal into steel. (I’m seeing this as sort of a carbon-nanotube deal, but for maaaagic reasons it works best as mail. Carbon nanorings. Whatever.) It has guard (acid).

I think these would all be fine as Armor, rare.

That brings us to scale armor. D&D has always had a weird relationship with whether scale is good, useful armor or eminently forgettable, and 5e’s more on the forgettable side. On a strictly aesthetic level, the handmade scale armor I’ve seen has been just gorgeous; it’s a look that anyone should be happy to have for their armor-wearing character. I probably can’t do any better in explaining this than directing you to the site that my friends bought the scales from.

4e’s scale upgrades lean heavily on non-metal materials, scales taken from various monsters. I don’t hate that, especially if it throws 5e druids a bone, but wyrmscale, drakescale, and wyvernscale are not what I would call “thematically distinct.” I’m skipping this one just like I did with hide, because its use and interest are so marginal within 5e.

“Plate armor” as a material gets to cover for breastplates, half plate, and plate armor. (You know that thing where you say a word enough times and it loses its meaning? That’s me right now with “plate.”) The interesting materials are all in Adventurer’s Vault for this one – I like rimefire, gith, specter (are you picturing Mass Effect? I sure the hell am), and tarrasque. In 4e, the only special thing these do outside of increasing AC is that some of them grant some value of resist all. Which is fine, but not something I’d be comfortable putting into 5e. I am making plate armor a little bit better than the other armor types, just because you want to be Str-focused to use these armors, and Dex + light armor is otherwise so strong.

Rimefire armor can be made into breastplates, half plate, or plate armor, and comes from an armory built in an elemental nexus of fire and ice. It has guard (fire) and guard (ice).

Gith armor can be made into breastplates, half plate, or plate armor, and is forged only in Tu’narath. It is bolstering (Intelligence saving throws or Wisdom saving throws) and has guard (psychic).

Specter armor can be made into a breastplate, half plate, or plate armor, and is crafted by working ectoplasm into steel in the Shadowfell. It is bolstering (Dexterity [Acrobatics] or Dexterity [Stealth]) and has guard (necrotic).

Tarrasque armor can be made into breastplate, half plate, or plate armor, its steel quenched in the blood of the world’s most dreaded monsters. It is bolstering (Strength saving throws or Constitution saving throws) and has guard (fire).

This is a more stream-of-thought design than I’d usually post, but I think I’ve gotten the ideas across while explaining why I’ve made some of these choices. One likes to sound confident when presenting content publicly, but the truth is that I’m not sure what reaction I’ll get – much like WotC often doesn’t know what they’ll get when they post Unearthed Arcana content. The sense of crafting – of the underlying frame of an item being made in a special way, before it gets enchanted – is on the shortlist of things I miss from 3.x. Probably the main thing.